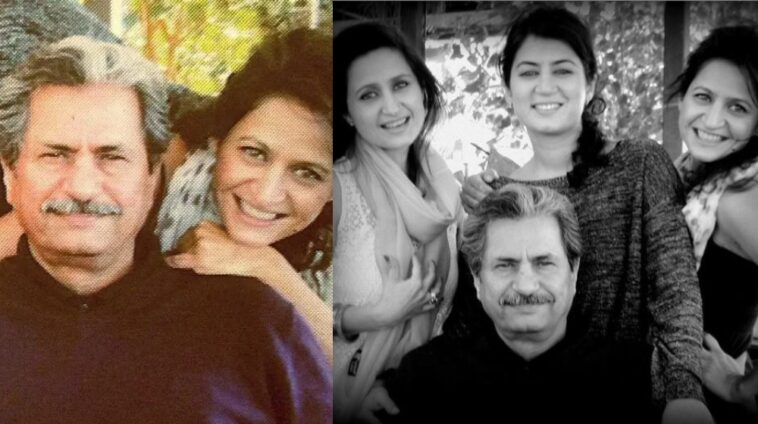 Plenty of actors in the biz end up with interesting lineages. However, Dewar-e-Shab actress Tara Mahmood has become the center of attention when her father’s name came to light. Now the Internet is asking the renowned actress ‘Abbu ko kahein school band kr dain‘ (Ask your father to close down schools).

Why is that you ask? Because the Suno Chanda actress is the daughter of Pakistan Tehreek-e-Insaf (PTI) leader and Federal Minister of Education Shafqat Mahmood.

The actress grew up with three sisters and their father is Harvard graduate, Shafqat Mahmood.

Recently the actress shared pictures of her parents on Instagram. Slowly word got out how this Mahmood is related to the Minister of Education.

Last week students from various universities staged protests for online exams in order to avoid the risk of contracting COVID-19 in physical exams. While other universities gradually accepted one by one, some universities remain adamant to hold regular exams.

Protests even got ugly as the police were set loose on the peaceful protesters, students were injured and arrests were made.

Now people are even asking the Diyar-e-Dil actress to ask her father to direct for online exams everywhere and close down schools again. 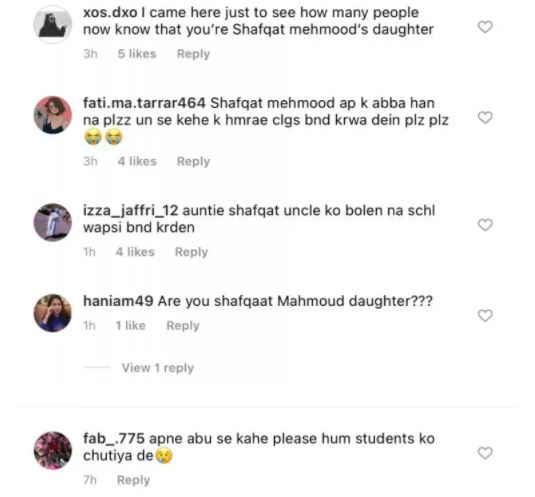 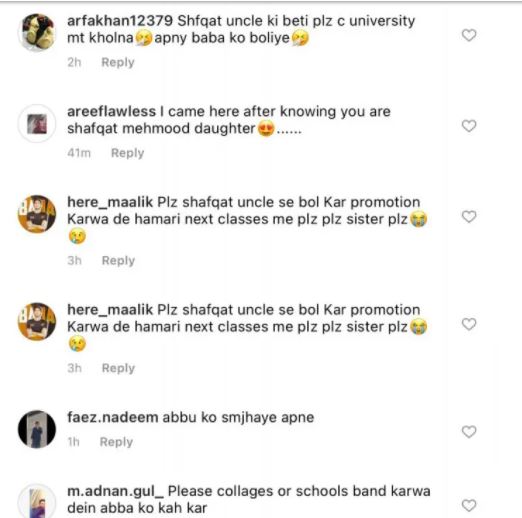 Previously while responding to a similar request, the actress said,

“Corona may be life-threatening to some but to most … esp young people, it isn’t, … Hang in there and protect yourself by wearing a mask. Trust me, nothing will happen.”

However, there have been several cases of the virus claiming the lives of college and university students, prompting schools to be closed down after opening in September 2020.

Additionally, Tara Mahmood said as a minister her father has to make decisions keeping everyone in mind.

“Schools shut for long will harm many students who don’t have access to online education, … As a minister, he has to think about everyone in this country. And there are people out there dying for educational institutes to open,” she added. 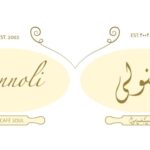 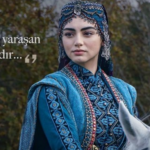