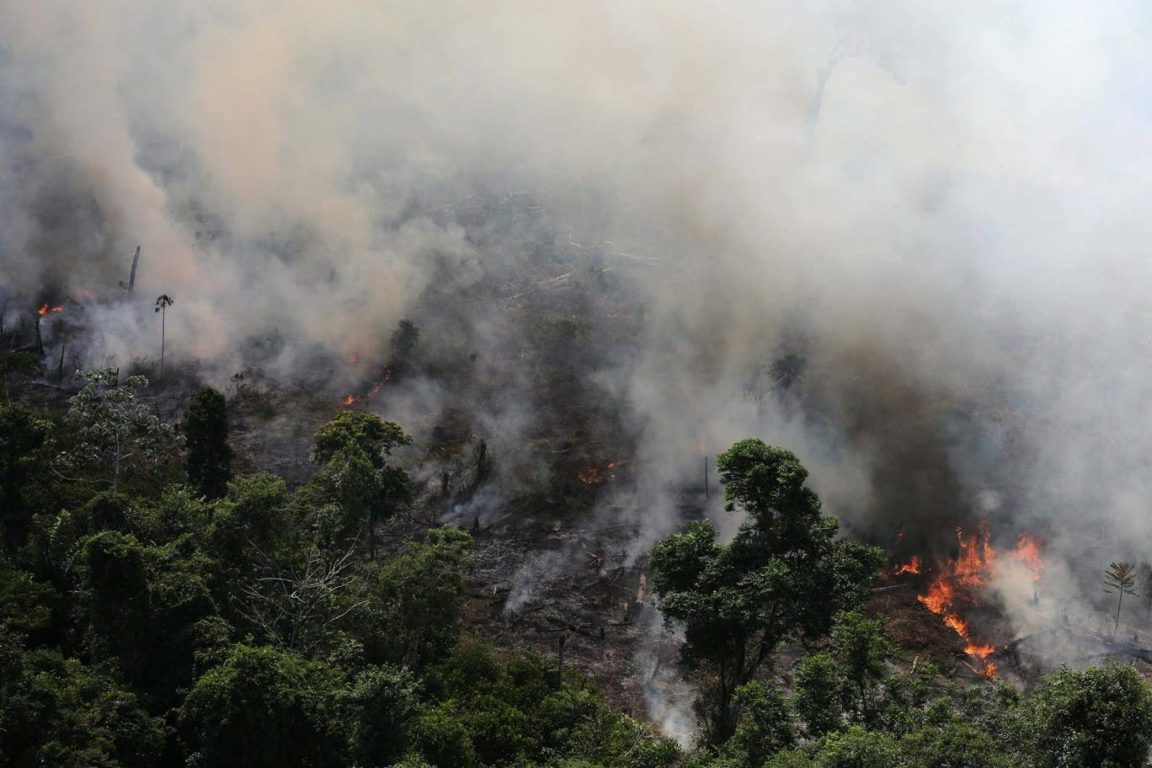 In case you haven’t heard, the Amazon rainforest has been burning non-stop for the last three weeks. and the fire is getting intense with the passage of time.

According to Reuters, the intensity of fire has gotten so ferocious that the smoke it is generating can be seen from outer space. Yes, you heard that right.

The Amazon rainforest is spread across an area of 6.7 millions square kilometers and it has experienced as many as 72,843 fires this year.

Moreover, the locals of Sao Paulo reported dark clouds over the city earlier. These were later confirmed by meteorologists as the smoke rising from the fire in Amazon rainforest.

It should be mentioned that Sao Paulo is almost three thousand Kilometers away from the Amazon rainforest! 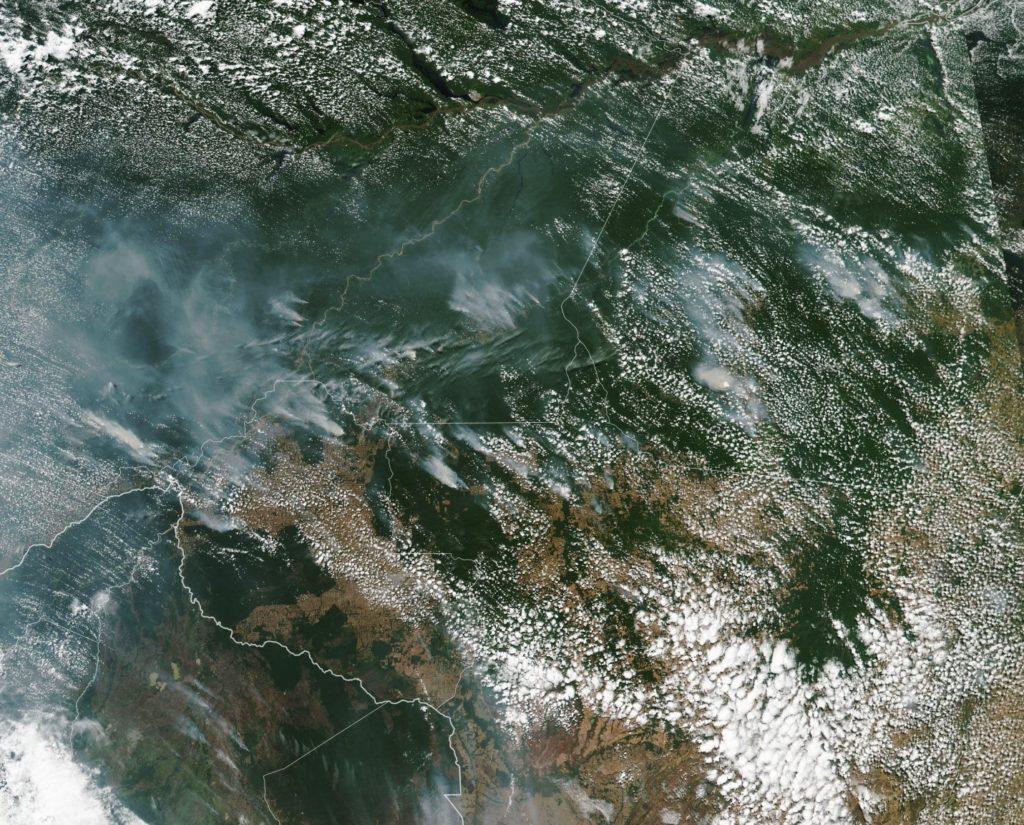 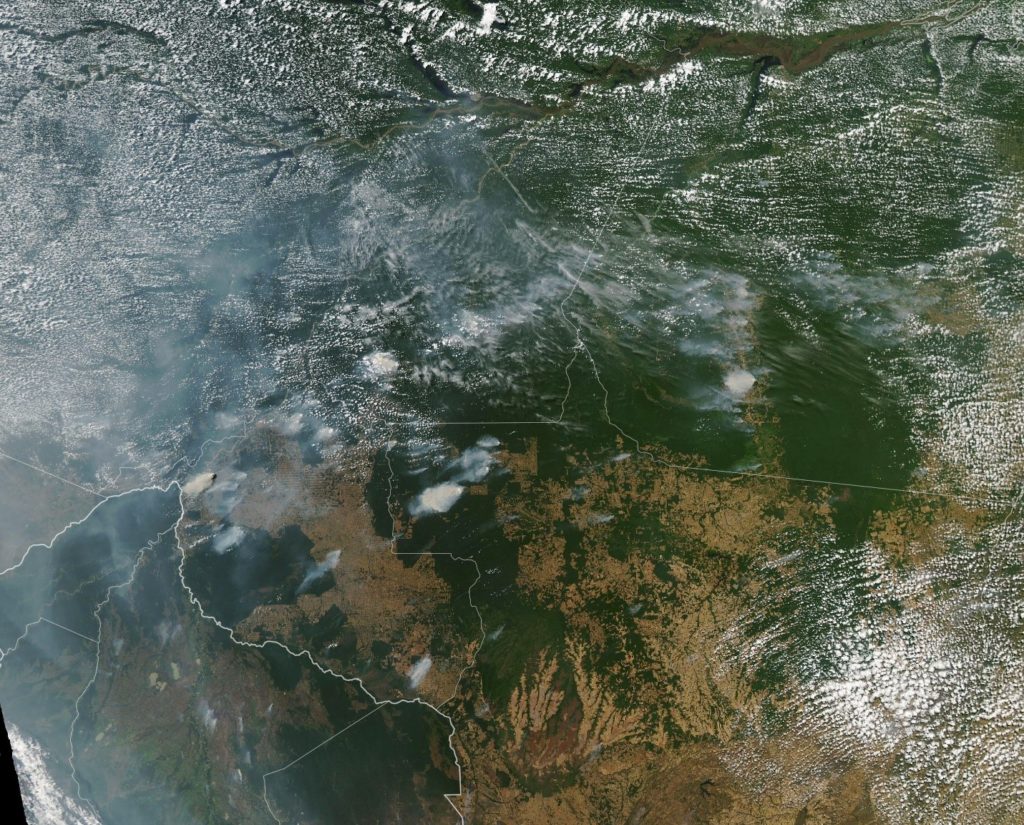 People on Twitter have been sharing their concerns regarding the wild fire. Twitterati have been calling out the media for ignoring how dangerous this forest fire is. These fires have been raging on for three weeks.

The way I see people talking about Spiderman and it's trending but why is no one talking about our Amazon Rainforest? It's burning for three weeks and still no media coverage. Let's spread the word and I hope the fire is put out asap#PrayforAmazonia pic.twitter.com/HeyAXAHQw4

Put your money to good use and help save the amazon. Instead of buying your 12th lambo or 3rd mansion, spend your money on something that actually matters like THE FUCKING PLANET?!? pic.twitter.com/KpKyMiJhBP

The Amazon has been burning non-stop for three weeks. It’s devastating, knowing that the largest rainforest on earth is burning.#AmazonFire #PrayforAmazonia pic.twitter.com/FQlmosXyAs

The Amazonia is burning.
It provides over 20% of the Earth’s oxygen. #PrayforAmazonas pic.twitter.com/d6hriYhNdT

The amazon is burning! It holds 600 species and around 10 are unique in this area, 20% of the population of birds live in this forest. This is one os the most important ecosystems on earth #PrayforAmazonas pic.twitter.com/3H558CP7rm

This is literally so sad and scary I’m so mad like what the heck . The Amazon Rainforest has been burning for 3 weeks and nobody doing anything about it or saying anything. My prayers go out to the people in Brazil 🇧🇷 ❤️ #PrayforAmazonas pic.twitter.com/JB4QxsloUj

To ALL K-pop fans, whichever fandom, let's reunite to spread awareness. The Amazonia, which provides 20% of the world's oxygen & top in absorbing C20, has been burning for 3 weeks w/ low – no media coverage. pic.twitter.com/41Did2ZEDD

This! You tweet tears for Notre Dame. The Amazon Rainforest is the greatest cathedral on the planet. Now where are the billionaires to pray to this god, to save this church, to save these forests, animals and people. This is oxygen, rich or poor, we all need air https://t.co/5FhBhMXVKj

Extreme deforestation in the Amazon leaves the forest vulnerable hence why there's been 3 weeks of on going fires – amounting to over 8600 fires in this time. The Amazon is our largest rainforest ecosystem and yet this isn't BREAKING NEWS! 😠

The AMAZON RAINFOREST has been burning for 3 WEEKS… This is our planet’s lungs covering 20% of the earth’s oxygen being burned away without any media coverage or help. RT to spread awareness #PrayForAmazonia pic.twitter.com/reoTkUjVyD

The World Needs To Worry About The Amazon Rainforest

The Amazon is also known as the “Lungs of the Planet” because more than 20% of the world’s oxygen is produced in this rainforest.

Moreover, the carbon dioxide released into the atmosphere is responsible for increasing the world’s temperature. Thanks to these rainforests, the Amazon’s ability of absorbing tons of carbon dioxide and releasing oxygen, helps keep the earth cool.

The Amazon river is the second largest river in the world and is responsible for carrying 20% of the world’s water to sea. According to statistics, it delivers 55 million gallons of water to the Atlantic Ocean every second.

Moreover, the Amazon Rainforest is home to as much as 30% of the world’s species.

These are just a handful of reasons why the Amazon Rainforest is integral to our survival. Hope the authorities succeed in controlling the raging fires engulfing it.