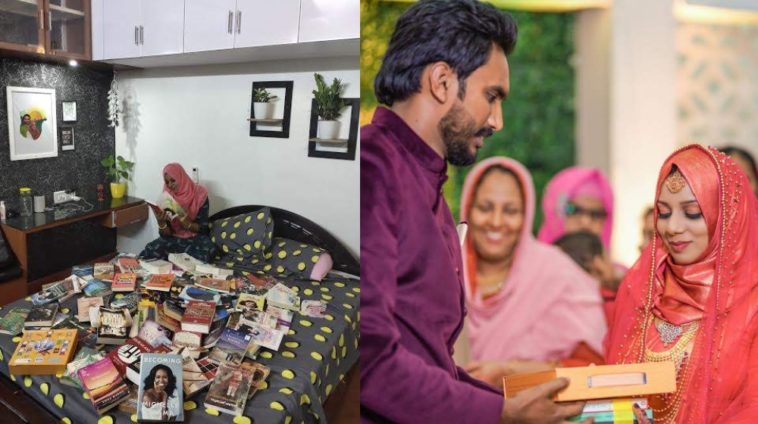 A Kerala man and the ‘Mehr’ he gave his wife went viral for all the right reasons. Ijas Hakim gifted his wife 100 books as Mehr for their wedding. This Kerala couple and their book Mehr is giving the Internet progressive couple goals.

A woman from Kerala demanded 100 books as Mahar (dower given to the bride by the groom). Look at this lovely sight♥️
You can trust Keralites to be different and embrace education and rationality.#Kerala pic.twitter.com/rWoztSmawb

Normally Mehr is given as a large sum of money, valuables or property that a Muslim man gifts his bride. It serves as a bride’s security like alimony.

“People are used to giving gold and other precious possessions as Mehr. But actually, a woman can demand whatever she wants. We wanted to send that message to society. Also, who said books aren’t precious?”

Ajna was no ordinary woman and wanted literary wealth not monetary. So she gave her betrothed a list of 100 books she wants to read.

This unique union had the couple’s Mehr and marriage making rounds on the Internet. Soon enough they were famous.

Neither Ijas nor Ajna intended to end up as a viral couple goal. Their friends made that happen.

“We kept this quite private. However, our friends liked the gesture and had shared photographs of this. They soon went viral,”

Ajna handed Ijas her literary wishlist in October, and the duo was married on December, 29th. How did this man manage to get all 100 books by their wedding day? Well, it took some doing.

Three weeks into their marriage and he’s just one book short of finishing that wishlist. That one book is The Constitution of India.

“It was obviously a task to get all of these books. However, I managed to get almost 96 books by our wedding day,”

The selection of literary wealth also included the Quran, Bible and Bhagavad Gita.

“She was quite particular about the Constitution of India, given the current political scenario. The list also included the Quran, Bible and Bhagavad Gita besides Khaled Hosseini’s books and some from Murakami,”

Speaking of wealth, Ijas must have broken the bank on this Mehr. According to Ijas, this literary wealth didn’t cost that much as all the books are not new. He received these books in book exchanges. Plus the real wealth is the content.

“She also wasn’t particular about them being new books. However, I tried getting as many new books as I can. We’ve now also decided to take part in book exchanges.”

Right Out of A Book

Ajna’s book Mehr and Ijas’ book hunt isn’t the only thing unique about their marriage. The couple really is right out of the pages of a book.

Both of them have specified the amount of time they will dedicate to reading. They also have a huge bookshelf inside their bedroom to house their gargantuan book collection.

“We try our best to dedicate a fixed amount of time to reading books. We will also be gifting more books to our friends and relatives,”

That’s not all. The couple’s first trip together was to the Kerala Literature Festival in Kozhikode. The couple lives in Thiruvananthapuram.

“This was our first trip together. I hope we get to attend more literary events soon together,” 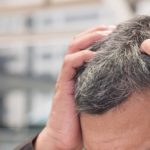 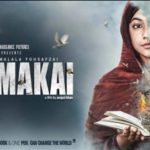