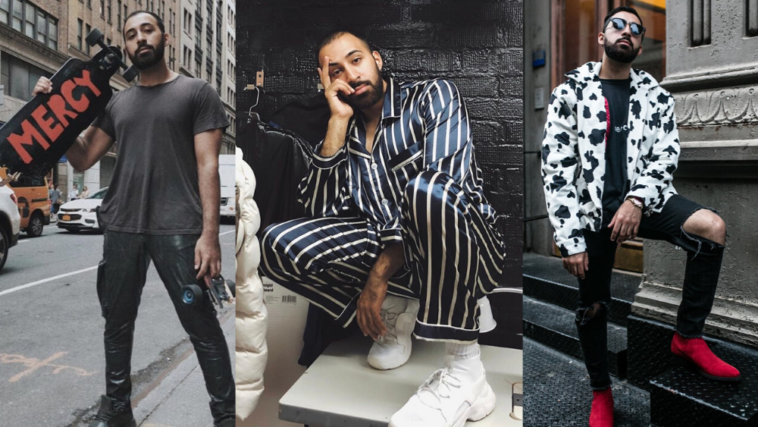 The reality show and fashion design competition ‘Next in Fashion‘ debuted on Netflix on January 29th, 2020. Among the 18 designers competing to win the grand prize of $250,000 was (to our pleasant surprise), a Pakistani-American fashion designer Isaac Saqib.

U GET AN OPPORTUNITY YOU BETTER TALK YOUR SH*T! Streaming now episode 1! @nextinfashion @netflix @mercyxmankind

Whoosh! Looks like he has got confidence to last for days!

Turns out Isaac was not the only Pakistani-American in this line of business to appear on the show. The famous ‘Queer Eye‘ star Tan France (Tanveer Nasim) actually appeared as the host on the show.

Since we’re all about representation and support for Pakistani talent, we reached out to Isaac and here’s what we found out

Who is Isaac Saqib

Isaac Saqib, born in Brooklyn, New York, moved to Long Island around the age of 11. His father and mother are from Multan and Lahore respectively.

He has been book smart since a very young age, always getting good grades, and which Pakistani boomer wouldn’t be proud of that? Saqib was pursuing medicine, with a major in Psychology. But in his teenage years, this Pakistani-American kid resonated with people through his fashion style and made it into the list of ‘most popular kids’ in school.

This Pakistani Designer Built an Entire Fashion Brand via Her Instagram 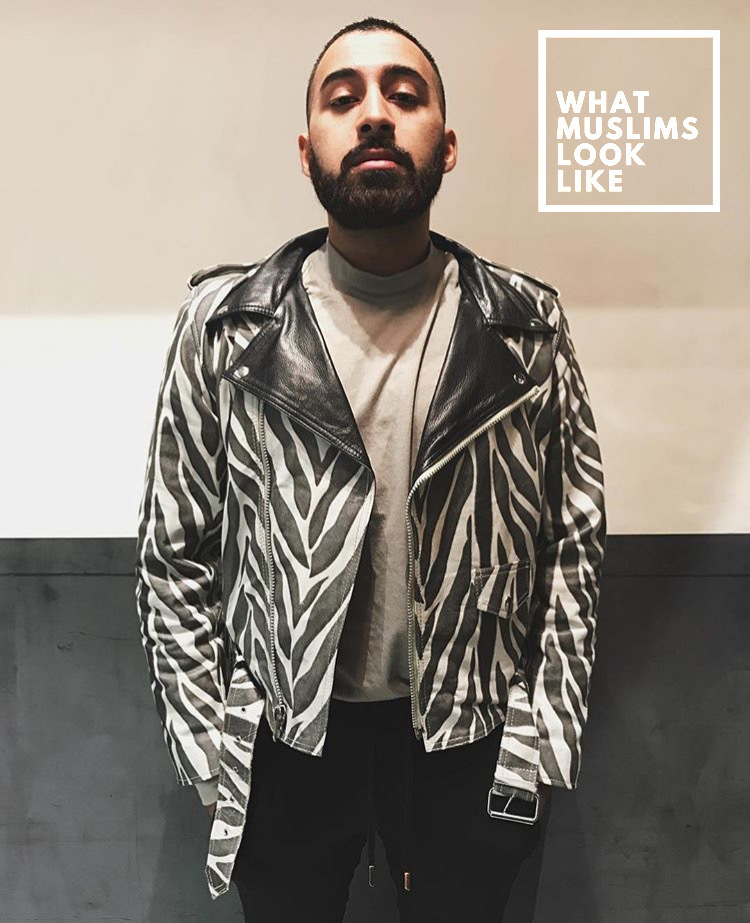 Saqib always loved medicine but given the healthcare system and broken economy of the states, he decided it was time to switch things up for the better. At the age of 20, he started to work as a programmer for $60-70,000 but soon realized that his heart was elsewhere. He decided right there and then that he should chase his real passion – fashion design.

Knocking on factory doors in Manhattan, Saqib worked towards building his brand Mercy x Mankind. From T-shirts to masks, he designed everything himself.

It took him a year or so to realize this is the career path he wants to pursue for the rest of his life. 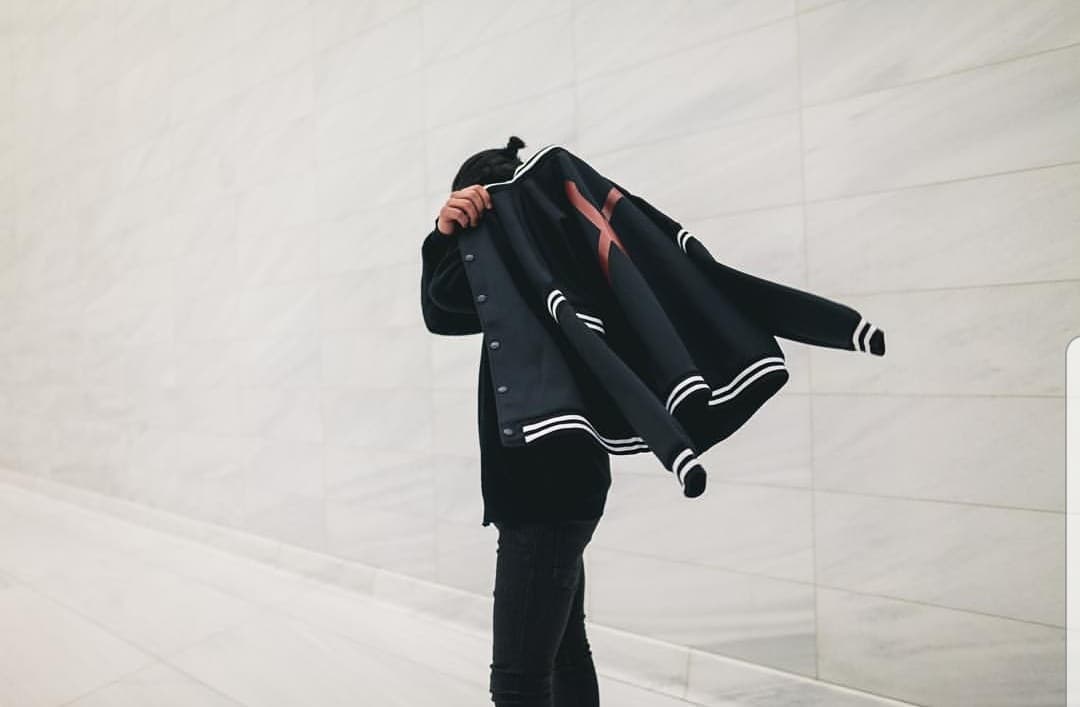 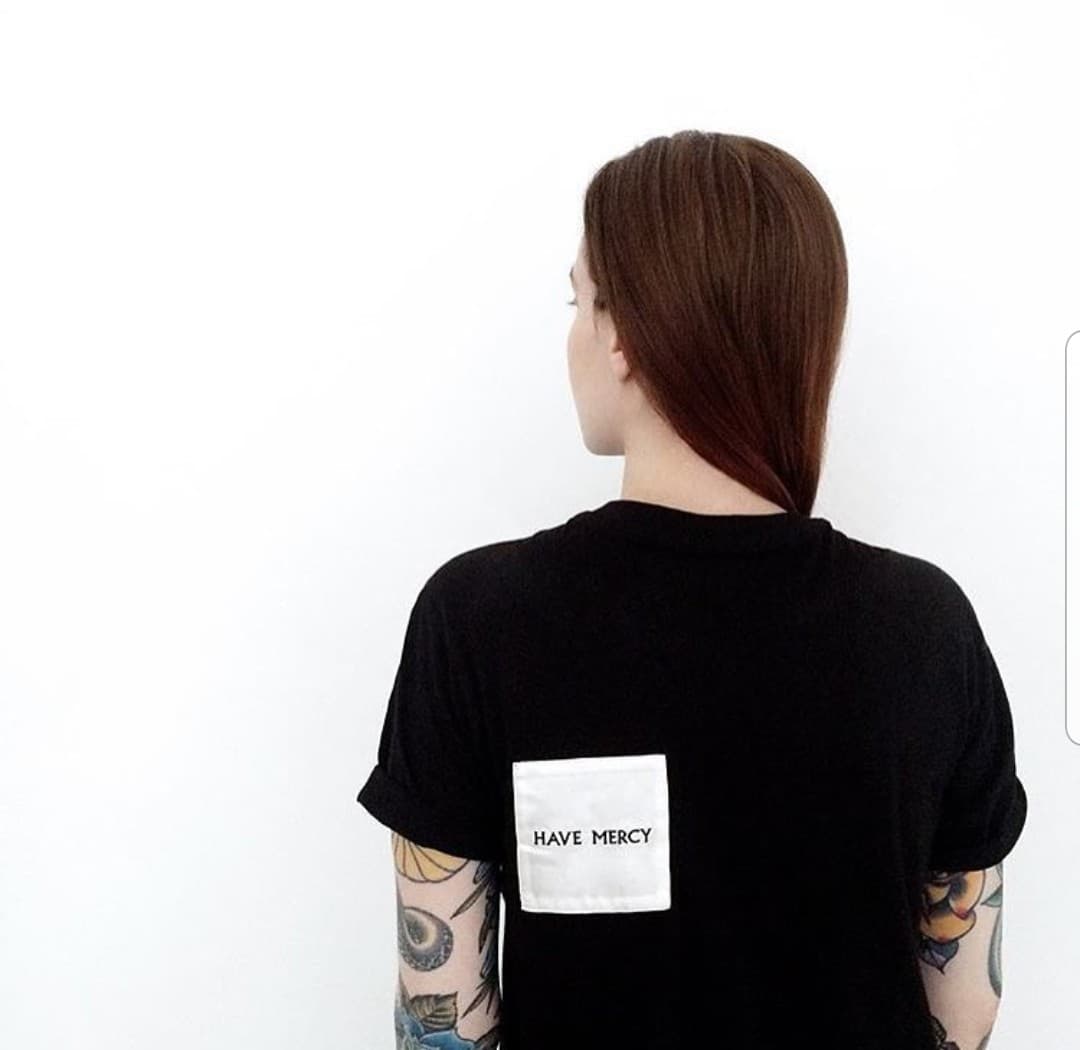 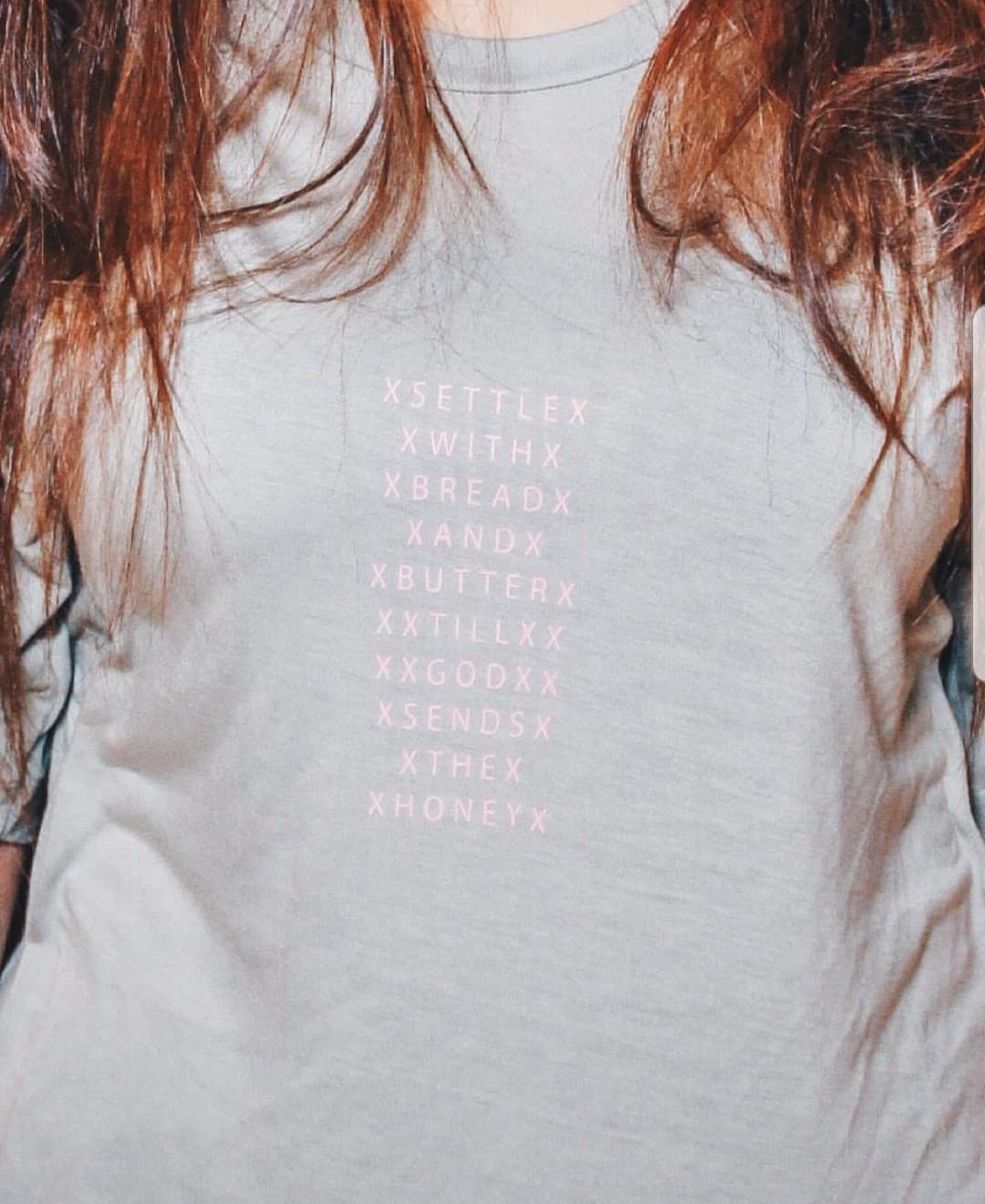 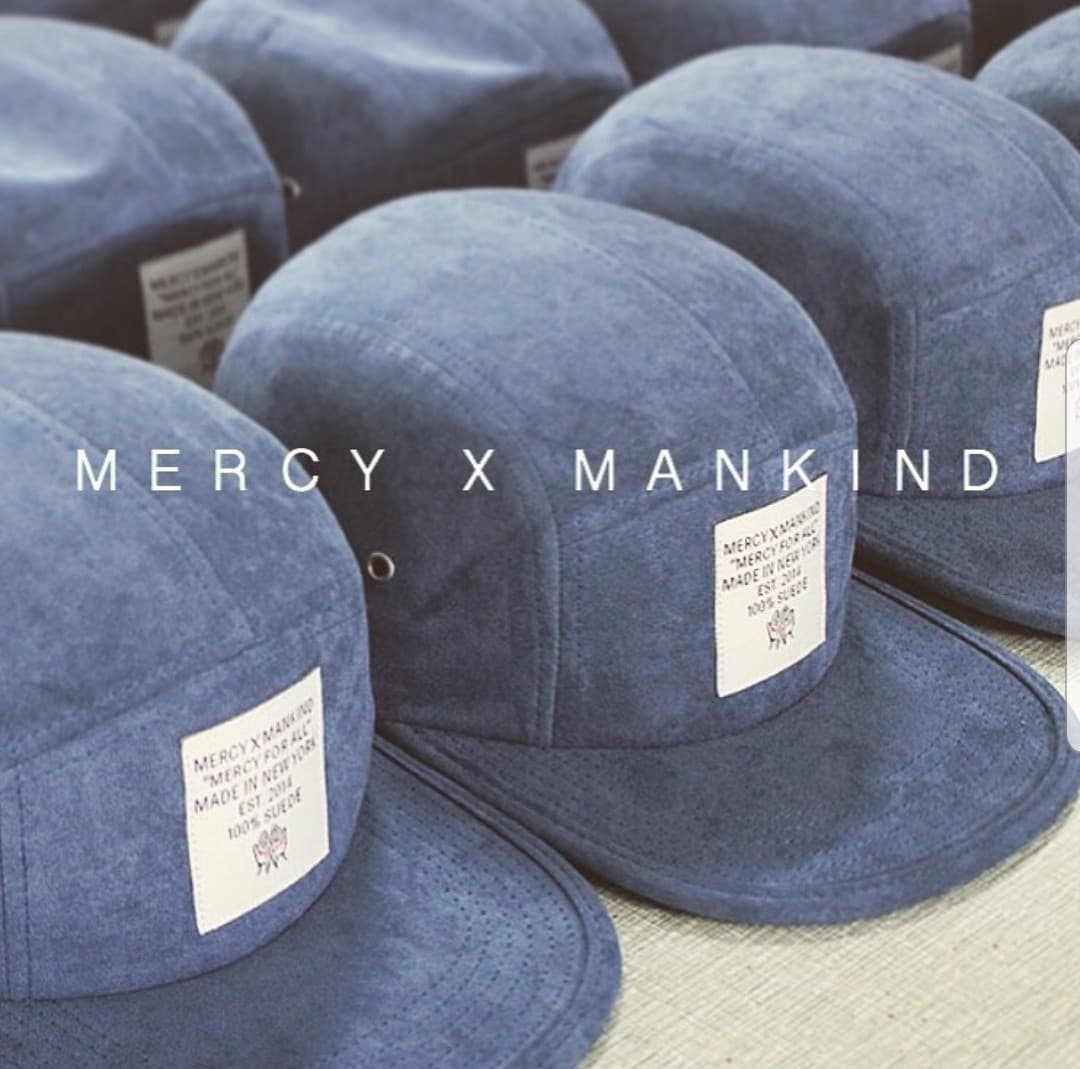 Did His Family Support Him?

Even though most desi families are known to determine their children’s career path; to a point where you are not even allowed to question it, Saqib feels blessed to have parents who wholeheartedly supported him with his endeavor.

He’s lucky in that sense, both coming from a place of trust and understanding, eventually came to a point where Isaac turned to his dad for ideas, inspiration, and feedback.

Saqib opines that if you communicate your message across and keep a clean slate in terms of drug and alcohol abuse, your parents will most likely support your choices. Don’t do drugs kids! 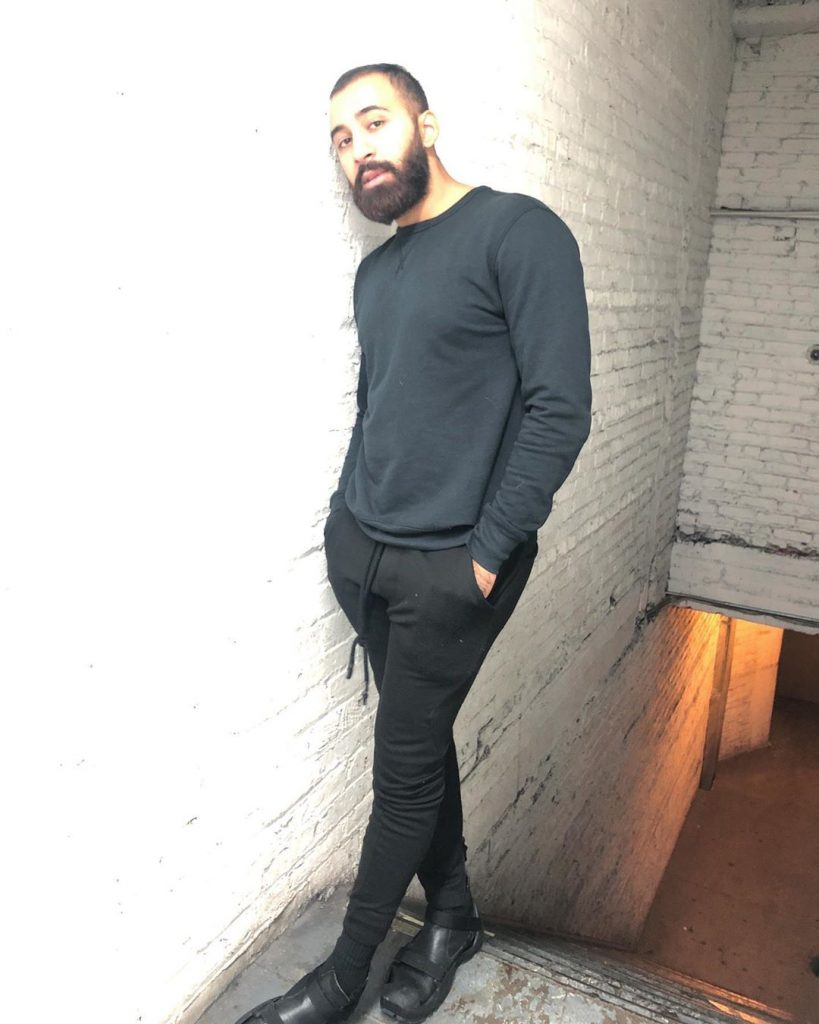 Believe or not, Isaac Saqib, born and raised in the states, is no stranger to Shahrukh Khan. For a brief period of time, he found inspiration in Khan.

Speaking about other celebrities that have inspired him, Isaac said he is inspired by people who have evolved in their industry while staying true to themselves; like Mike Tyson and LeBron James.

But all these celebrities and designers aside, Isaac found the truest form of inspiration through his own father.

My father is a big inspiration to me; I don’t think I can ever fill his shoes. I wish I could become like him; he stays true to his values, and doesn’t give them up for anything. He’s very strong in his beliefs, and I hope that I could be like that one day.

More than anything, Isaac believes in finding inspiration from within yourself. Always digging into his own heart and soul for creative ideas, he believes being your own true self is the key to anyone’s success. 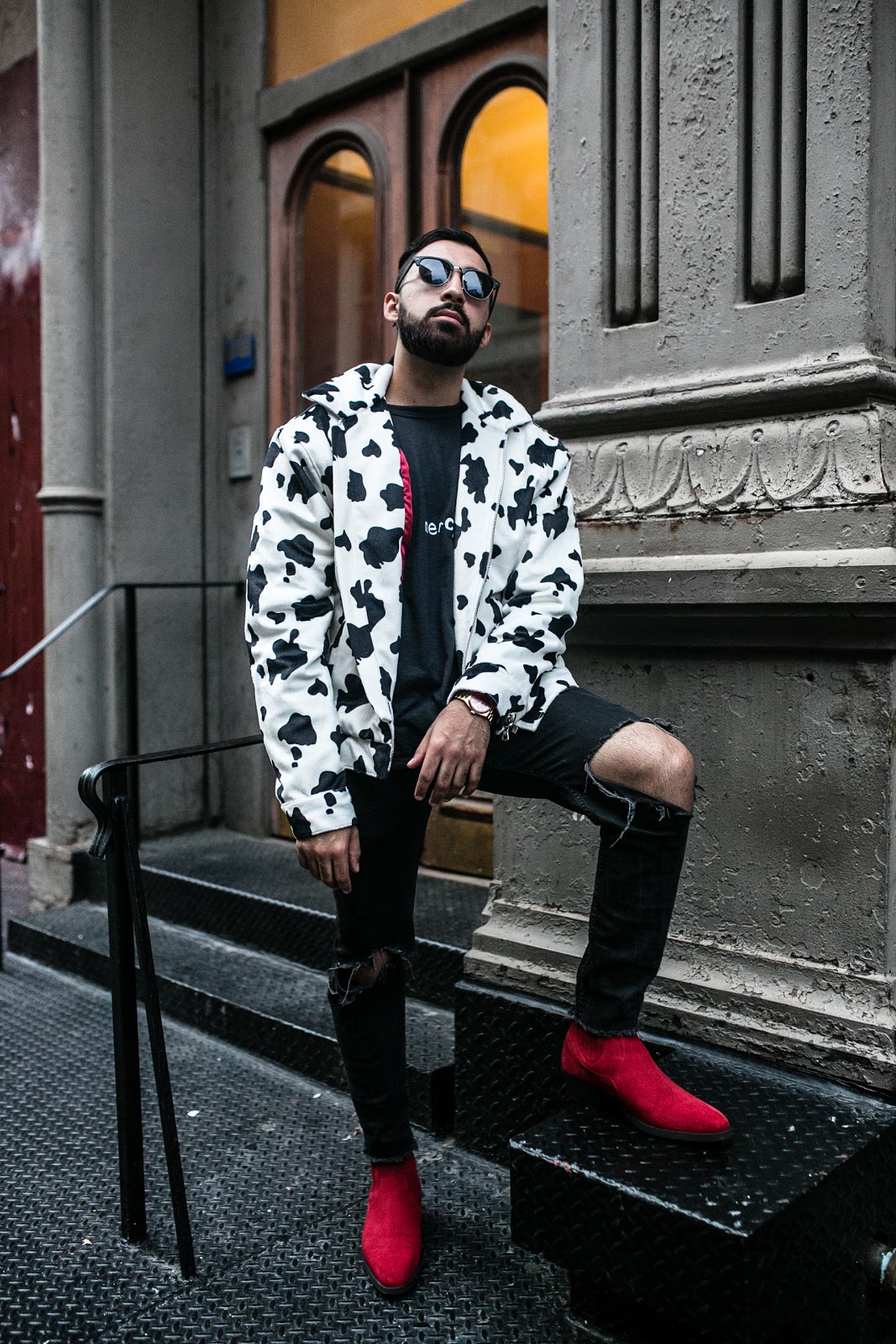 A lot of his work comes from self-expression, so there is no one form of style he focuses on. Saqib, unlike many fast fashion designers, does not follow market trends.

Let’s take a look at some of his empowering and inspiring designs:

Back to our regularly scheduled broadcast of Hemoglobin

His brand mainly focuses on fashion-forward, bold and classy people. It includes everything from red carpet outfits to house wear to meetings and parties.

We’re not trying to be a brand that everybody can wear. We understand that not everyone would wear a ‘pony hair cow jacket‘. Someone who wears black all the time would not want to wear such clothes, but we do have some tees that are low-key. In terms of pricing; we focus on individuals who have a smooth flow of income coming in.

Famous Artists Saqib Has Worked With

Saqib told us his first fashion show was held in September of 2017. Although he was not a part of the NY Fashion Week back then, he held his own rooftop fashion show. He partnered with Kolkata Chai to bring this event to life.

His first show did not go as smoothly as planned;

It was an outdoor event and it started drizzling, so I was very scared about how the event would go. But it went phenomenally. I presented around 13 looks that night… We only had three weeks to prepare for it, compared to months and months brands take to prepare. There were a lot of mishaps, but I was happy and proud of it.

While for the first show, one of his friends convinced and motivated him; for the next one, he came more prepared. With a collection of about 12 garments, he presented the concept ‘Hemoglobin‘ which was all about clothes slathered with red paint and mixed in wax.

The whole idea was that the same way our body needs blood to survive, the world needs mercy. In the pressing times that we live in; with violence escalating, this was a way to bring light to the need for mercy and the lack thereof.

PRIDES GONNA BE THE DEATH OF YOU AND ME. ? @nextlevelclips

Does he have plans to bring his wares to Pakistan?

Saqib wants to introduce his brand in Pakistan and wants to work with the celebrities of the Pakistani showbiz industry. However, it will take him some time for due diligence.

He wants to combine American workwear and Pakistani workwear into one collection. There is a lot more he has to look into before creating a line for a place where all his cousins and family members are rooting for him.

Are you ready to show him love and support?

The Pakistani-American fashion designer hopes he gets love and support in Pakistan. Saqib who enjoys putting minimalist pieces with something bold and out there, imports his leather from Pakistan.

The leather jacket that I’m wearing right now is made in Pakistan!

All of our leathers are from Pakistan, because I wanted to bring some element of my background into my line. I could have gotten it from Italy or China, but since Pakistan does not get the light that it deserves, I wanted to incorporate it into the line.

He says that if people in Pakistan show him support and love, it will definitely bring warmth into his heart. He says he did not get to learn too much about his own (Pakistani) culture as a kid, but has always wanted to bring his people up. He’s a patriotic Pakistani and hopes to make Pakistanis proud one way or another.

Here’s what Isaac has to say for others who want to take up fashion design as a career:

My advice to aspiring designers is; Don’t give up! No matter what happens. Even if you don’t have all the answers right now, it is very very important for you to stay focused on your goals. YOU have to outwork everyone around you; if that means waking up early in the morning (before everyone else), researching and practicing then you should do that. Remember that even the best designers make mistakes, it’s a part of the learning process, you should learn from those mistakes. More importantly; Be humble and be nice.

Isaac Saqib is no doubt a talented young fashion designer, who (judging by our interview) has a lot of potential to make a worldwide statement. Not just because he’s Pakistani (haha) but also because he has a heart of gold!

What do you think of his story? Let us know! 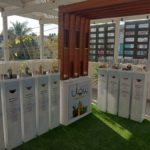 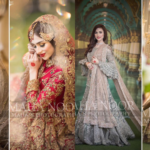