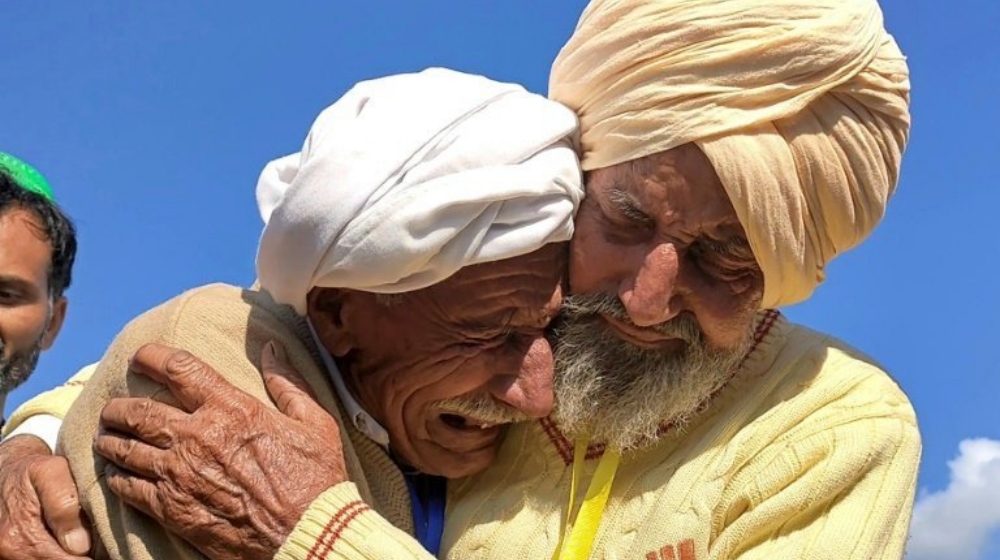 A touching story of a post-partition reunion has us in tears. As two brothers, Indian citizen Sika Khan and Pakistani brother Sadiq Khan, for the first time since being separated by Partition in 1947.

Sika Khan was just six months old when he and his elder brother Sadiq Khan were torn apart amid the partition following the end of British colonial rule. This year marks the 75th anniversary of Partition, and the first time the two are seeing each other.

Amid all the violence at the time, the brothers’s father and sister were killed in communal massacres. 10-year-old Sadiq Khan managed to flee to Pakistan.

“My mother could not bear the trauma and jumped into the river and killed herself, … I was left at the mercy of villagers and some relatives who brought me up.”

While he tried to find his brother all these years, a doctor in the neighborhood offered to help three years ago. After numerous phone calls and the assistance of Pakistani YouTuber Nasir Dhillon, Sika and Sadiq were reunited.

The brothers finally met in January at the Kartarpur corridor, a rare, visa-free crossing that allows Indian Sikh pilgrims to visit a temple in Pakistan.

“I am from India and he is from Pakistan, but we have so much love for each other, … We hugged and cried so much when we met for the first time. The countries can keep on fighting. We don’t care about India-Pakistan politics.”

Pakistani farmer and real estate agent Nasir Dhillon, and his friend Bhupinder Singh have helped reunite 300 families through his YouTube channel together.