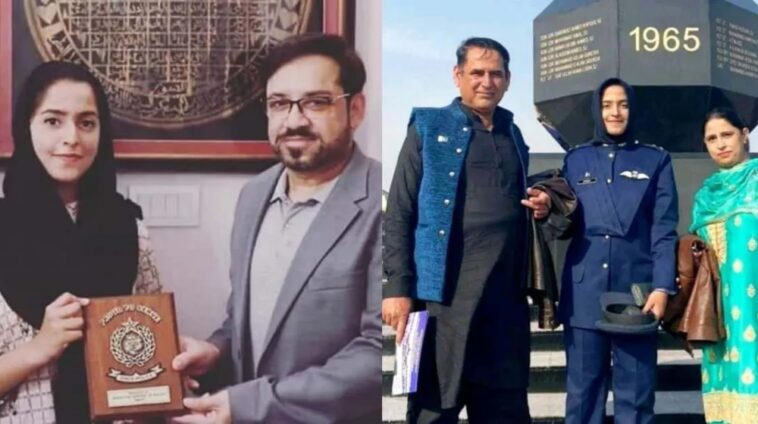 Women have to go the extra mile to beat the odds. Economic hurdles only add to that struggle. So when the daughter of Sindh traffic warden became the first female General Duty (GD) pilot in Pakistan Air Force (PAF), the whole country rose to applaud her.

Nashrah Shakir, daughter of a traffic warden, Shakir Ahmed Malik from the city of Karachi, has been promoted to GD pilot after getting commissioned as Flying Officer. There aren’t many commercial female pilots in the country to begin but Nashrah shatters the glass ceiling to become the first female GD pilot.

Nashrah Shakir studied at the Meritorious Defence Chapter tuition center and actually broke the news on social media. They congratulated their alum on her remarkable achievement, and for making history.

“We congratulate our Meritorious student, Nashrah Shakir and her proud parents for getting commission in Pakistan Air Force as Flying Officer in GDP. May Allah give her more success in the line of duty,” the post read.

The position of a GD pilot is held to a very high standard in the PAF, let alone in the armed forces. Only a fraction of the applicants qualify for the spot. To finally have a woman make the list is a historic breakthrough.

In a patriarchal society like Pakistan, position such as these are still reserved to be ‘a man’s job’. Despite the armed forces opening it’s doors to the other half of the population during General Musharraf’s regime, women aren’t encouraged to pursue a career in the armed forces.

GD pilot is no ordinary aviator, as they also have their set of aviation rules. As the nation stands up to applaud Nashrah Sahkir, it is essential to open more such doors for women.

Karachi-based Pakistani Daughter “Nashrah Shakir” has succeeded in becoming a GD pilot in the Pakistan Air Force. Nashrah’s Father Shakir Malik serves as a traffic Warden in Karachi. She become the first ever GD female Pilot from Karachi… #TeamEverGreen🇵🇰 pic.twitter.com/kWvZnoda0y

Newly passed out Aviation Cadet Nashrah Shakir is daughter of a traffic warden serving in Sindh Police. What a great way to make him proud, wearing the same flag as he does.#PakistanAirForce #144GDP #PAF pic.twitter.com/5qkOXNb3wS

Nashrah Malik makes Karachi proud by becoming the first lady GDP in PAF from the city.
She is daughter of Shakir Malik, a Traffic Warden in Sindh Police.
Merit. pic.twitter.com/qJIHc6yuwB

Others pointed out how hard it was for a woman to actually become the first female GD pilot. Here’s to hoping she keeps pushing boundaries.

Daughter of Sindh traffic warden Nashrah Shakir breaking all stereotypes and become the First Female GD Pilot in PAF from Karachi.Congratulations May Allah give her more success in the line of duty.(Amen)❤😍#TeamEverGreen🇵🇰 pic.twitter.com/5hBbnPZmD1

Pakistan seems to be making much progress in this regard as just last year we saw the first female from Kashmir become a pilot. Maryam Mujtaba made the nation proud as the first-ever female pilot from Kashmir.

Similarly renowned Pakistani female fighter pilot Marium Mukhtiar was honored with a film to ensure her name lives on beyond the history books. 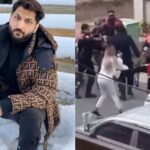 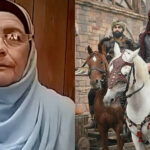