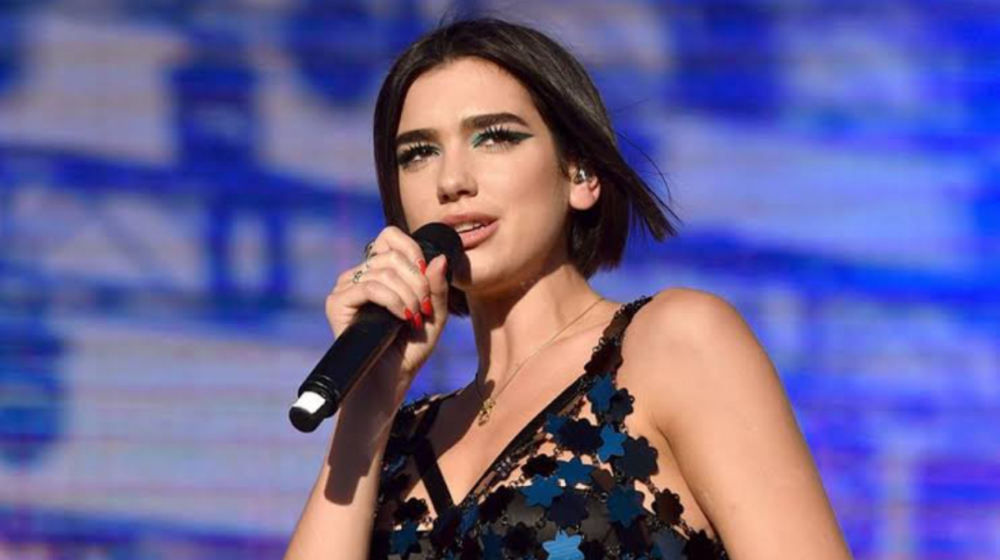 British singer and model, Dua Lipa, recently refuted the rumors of performing at the opening ceremony of the FIFA World Cup 2022 in Qatar. Her management team contacted Lens and confirmed that she is not among the FIFA World Cup performers.

The Sweetest Pie singer posted a statement on her official Instagram account, detailing that she is not going to perform at the opening ceremony of the FIFA World Cup in Qatar because the country has failed to fulfill all the human rights it pledges. 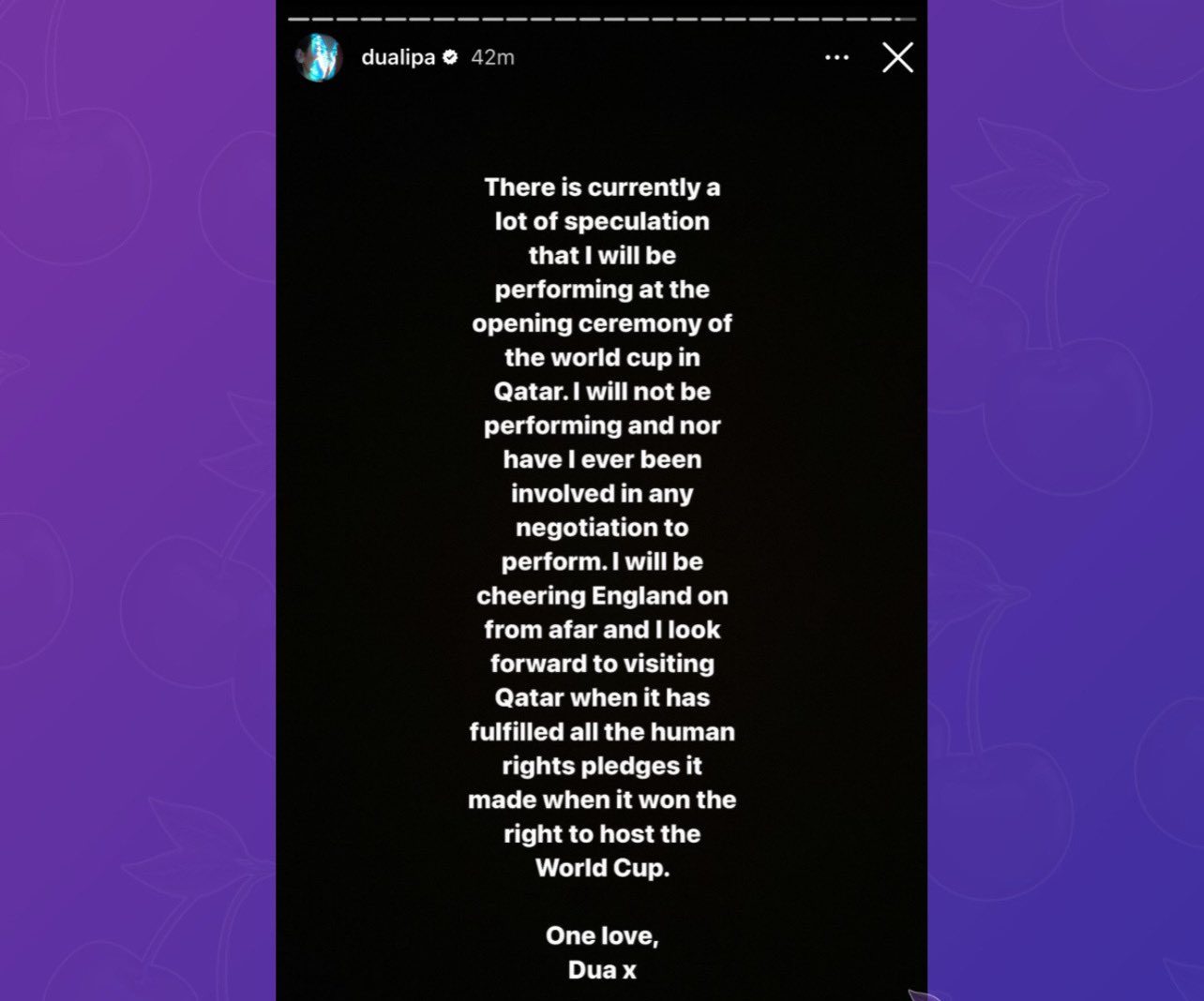 ALSO READ
Win This ‘Light the Sky’ Dance Challenge and You Can Join Nora Fatehi at the FIFA Fan Festival in Doha!

The news soon went viral all over the internet and netizens start criticizing Dua Lipa for her hypocrisy. Twitterati questioned the One Kiss singer for performing in France and other ‘Islamophobic’ countries, and even in Dubai which has the same regulations as Qatar.

Here are a few tweets that lambast the Grammy award winner for performing in India, France, and China that all suppress the basic human rights of Muslims.

The double standard is unbelievable. No nation is perfect and I’m so disappointed in @DUALIPA, have you ever spoken against Israel’s occupation or do human rights only concern you because this is not an European/Western country? https://t.co/CjgJYZPNl8

“Human rights” you said?? @DUALIPA
Then give us an explanation why did you performed at France then!!
That country banned wearing Hijab which is also human rights!
that country been always "Islamophobic"
where is the “human rights” thing?? https://t.co/p3gU3MmQI8 pic.twitter.com/ajtcmZmYlj

Dua Lipa also works with Puma which is an openly Zionist company. Plus, she has performed in China ignoring the plight of uyghur muslims and Dubai which has the same rules as Qatar.

But suddenly Qatar is where she draws the line? https://t.co/vW5NR59l9z

The queen of "human rights" dua lipa herself performing and visiting France twice or more this year alone although its an Islamophobic country but it's fine because Muslims (24.9% of the population) aren’t humans and they have no rights 😍 https://t.co/K9td5W3nSh pic.twitter.com/u959qRk0BL

Unfortunately, these type of payola artists only care when its an islamic country. Bcz once they hear "Middle east" suddenly they think of mistreatment, homophobia and terrorism when in fact 80% of the MEA had no history or prosecuting gay people💀

Yeah then don’t perform in the US and France pic.twitter.com/ePB02z8fLq

As the date of the opening ceremony of the FIFA World Cup is drawing near, the hype for it is soaring high. Fans are excited to know about the star performers who will make the event a memorable one.

Dua Lipa was previously rumored to be performing at the opening ceremony this month in Doha alongside Nora Fatehi, Jeon Jungkook of BTS, and other international stars, but she and her management team denied it. Her manager also reached out to various publications and requested to have her name removed from the list of performers. What do you think of Dua Lipa’s stance on Qatar’s human rights pledges? Let us know in the comments.