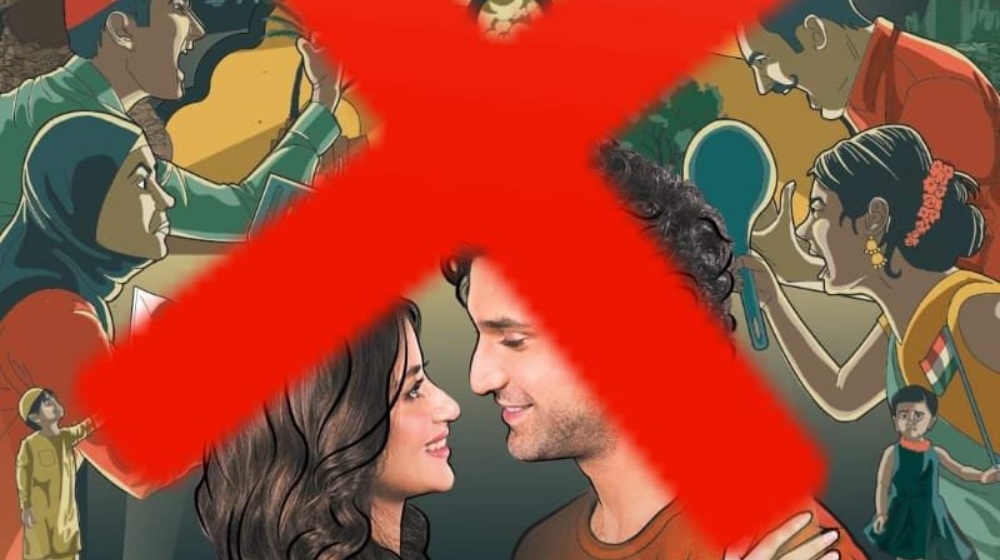 Despite Dhoop Ki Deewar writer Umera Ahmed issuing a detailed statement to address objections on the web series, the criticism is not letting down.

Although Umera Ahmed shared how the web series doesn’t go against the two-nation theory but talks about how war causes grief on all sides, people didn’t get the hint. The story then follows how two people are united by grief despite all the animosity.

The Ideology of Pakistan is the Identity of Pakistan Two Nations theory#BanDhoopkiDeewar pic.twitter.com/3s2y1gzSEd

There’s also the objection that the drama serial is trying to present a positive image of India. How? And does it villanize Pakistan? No. So how is this even an issue?

If I may ask #AhadRazaMir and #SejalAli
Didnt you guys read the script?? How and why you choose to work in a project that is trying to soften the image of evil, brutal and shameless Indian Army? Have u forgotten the atrocities on our #Kashmiris ?? Such a shame !#BanDhoopKiDeewar pic.twitter.com/F06QTo38Rw

It is an old Indian tradition to stab in the back under the guise of friendship. This mistake will not be repeated again.#BanDhoopKiDeewar
Stop double standards 07

Then there was the issue of Kashmir. It is unclear if the drama serial draws light on the issue aside from the obvious fact that it is the main sore spot between India and Pakistan. Yet people alleged the drama serial promoted anti-Kashmir sentiment.

Some even dragged Balochistan into this.

RAW sponsored are killing our soldiers in #Balochistan & we are sponsoring the web series based on Anti-state and #Kashmir narrative. Shame! #Pakistan will always stand with the oppressed people of IIOJK.#BanDhoopKiDeewar #DhoopKiDeewar pic.twitter.com/38Bl10j9N6

Umera Ahmed is also trending on Twitter as people call for her to be banned too.

Not only #BanDhoopKiDeewar but also Ban Umaira Ahmed The traitor. pic.twitter.com/gthy3nnvox

Pakistanis Call Out the Hate

Meanwhile, some people are disgusted by the pointless discussion and called on people to focus on issues that actually affect the average Pakistani.

when all they worry about is the drama showing misconceptions instead of the real issue#Punish_Rapist_Publicly#BanDhoopKiDeewar pic.twitter.com/W5qqQ1P5Vv

Others criticized the fact that Pakistanis will watch Bollywood movies despite the Bollywood ban, yet will not support Pakistani artists, and a Pakistani project.

National Minorities Day: These Souls Deserve Our Thanks and Gratitude

The criticism is warranted given the offensive statements some people are making, such as Hindus and Muslims cannot live together. It is pertinent to mention that there is a clear strip of white in the Pakistani flag to represent Pakistan’s minorities.

India and Pakistan came into being on the ideology of two nation theory. Hindus and Muslims cannot live at the same place without conflicts. We need to understand this fact and should condemn this serial.#BanDhoopKiDeewar#جون19_شب_خون pic.twitter.com/RunMFrDaqW

Perhaps it’s high time we re-evaluate our opposition for India. We need to make sure we direct our dissent where it belongs; on issues like Kashmir. Not internally at our own minorities that have been contributing to Pakistan since independence.

On the other hand, ZEE5 is offering free viewing of Dhoop Ki Deewar exclusively for Pakistanis.

“This special gesture in Pakistan is a reinforcement of the series’ message of Heart over Hate and an attempt to take this show and its premise to maximum viewers across the country.”