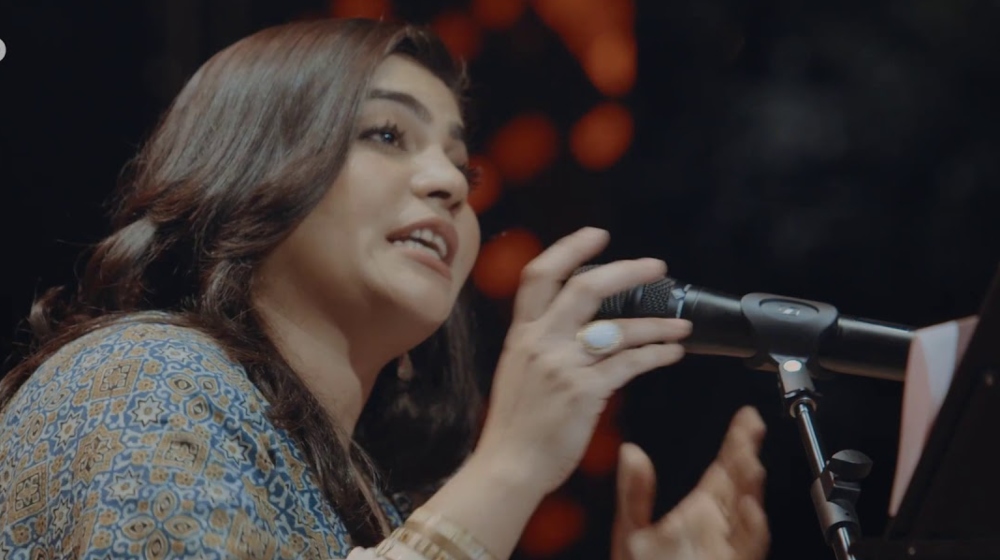 This season of Coke Studio has been a rough one, with two songs being flagged down for copyrights issues. After the issue with “Saaiyan“, you’d have thought they’d work things out on other tracks with similar complications.

Coke Studio Season 12 finds itself in the middle of another copyright controversy. Now Sanam Marvi’s first song for the season “Hairaan Hua” has been taken down by YouTube days after it’s release.

“The video is no longer available due to a copyright claim by Abida Parveen.”

With poetry composed by Sachal Sarmast, Sanam Marvi graces #CokeStudio12 in Hairaan Hua, a celebration of the Ultimate Beauty of the Divine, and the love and wonder it inspires in His devotees. https://t.co/msyTYPEdNw

Meanwhile, Abrarul Haq’s remake of his iconic “Billo” has also been removed over a ‘copyright claim by Karman Entertainment Limited‘. Since Abrar-ul-Haq is the creator of the original “Billo” this copyright claim might be contestable.

#CokeStudio12’s rendition of Billo takes us down memory lane as Abrar Ul Haq takes the stage in a whirlwind of rap and bhangra, reimagining the song's quirk filled craze in full Punjabi zest. @AbrarUlHaqPK https://t.co/awzBlUt6iJ

It was EMI Pakistan who came forward, staking their claim on the rights to the Noor Jehan classic. Even with Shuja Haider’s grandfather being one of the song’s original creators, EMI Pakistan stopped the song from being aired.

#CokeStudio12 presents Saiyaan, a duet by Shuja Haider & Rachel Viccaji that hints at the ever present feeling of selfless love, a kind so rare and oft found in folktales that have traveled down to us through time.@RachelViccaji @theshujahaider https://t.co/3bBt8vRERp

Later they resolved the matter, and worked it out in a legal way. The song was then released.

Regardless of the fixes, these experiences have left a bitter aftertaste. Fans and listeners are quite upset with the latest developments.

Audiences question how something as important as copyrights was overlooked.

"Hairaan Hua" song by Sanam Marvi has been removed by coke studio because of copyright issues claim by Abida Perveen. Why didn't they realize it earlier while composing the song?#AbidaParveen#cokestudio#cokestudio12

okay wtf is going on with coke studio? this is i think the THIRD song this season that's been taken down? it's Hairaan Hua this time. pic.twitter.com/izpE1s6Yi9

first Mahi diyan gallan was copyrighted then Saiyaan then Billo & Now best of whole season Hairaan hua got removed.
So much disappointment from coke studio this time.
Atleast buy the da*n rights ffs.🙏#CokeStudio12

Most fans were excited about the return of Rohail Hyatt to Coke Studio. Now they blame him for the issues.

Why can't @rohailhyatt / @cokestudio just sort the copyrights matters before ever making the song? It was a brilliant brilliant work by Sanam Marvi but un ethical to breach copyrights #cokestudio12 https://t.co/72ijDUivQT

Sorry I was wrong, Rohail hyatt couldn’t do it either. Coke studio is beyond saving.

Some of us would like to assume this a really bad practical joke.

Coke Studio's Billo has been deleted because of a copyright infringement. Apparently Abrat doesn't own it lol!

Omg, what an industry!

We did get some good jokes out of this though.

Me Comes Home After Working 12 Hours, My Mom to Me: "Jaldi Ready hojao Market Jana hai"