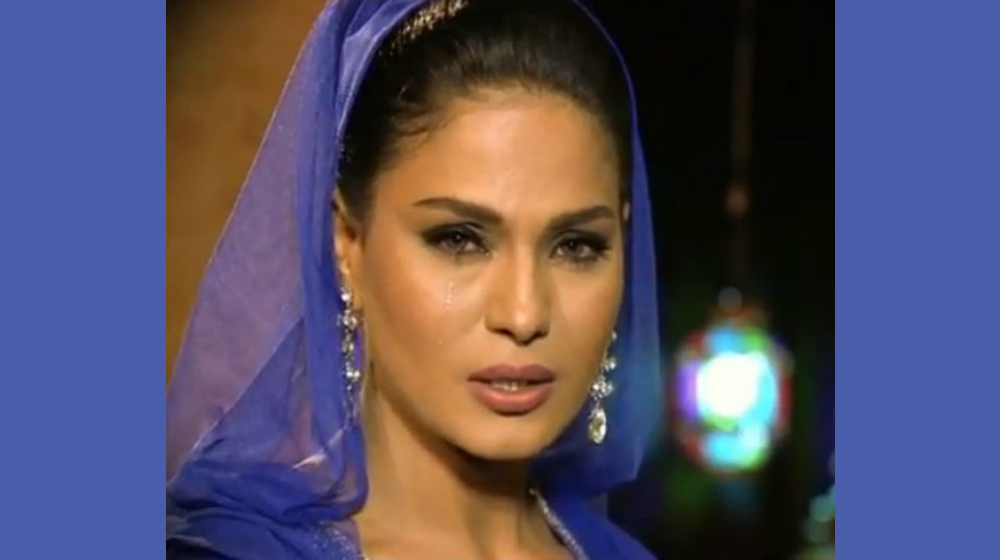 Veena Malik is calling the Aurat March ‘humiliating for women’ and people are calling her out for it.

In a showbiz industry that’s supposed to be progressive and open, there is no shortage of hypocrites. Actors like Shaan Shahid recently came out to discredit the march and women rights by saying the movement does not represent ‘the respect our culture has for women.’

Who planned and funded this controversial #auratmarch2019
Because this brought Humiliation to women of Pakistan instead of Anything positive like empowering them etc…!!! #Aurat#AuratMarch

That’s when people called out the hypocrisy. Like girl! Who are you throwing shade at like ‘the moral police’.

The same women who defended your nude ISI shoot omg sit down https://t.co/5CtbI9Lqy8

There was a time when you were 6 feet deep under shit and these same women of Pakistan dug you out of it. The women who supported you then are the same kind of women who attended the march. https://t.co/qcBYKPjqN3

The rest of the people sat Veena down and explained to her what a ‘choice’ is.That’s a fundamental human right we are speaking about here.

Those same 'shameless' women fought for her when we participated in Bigg Boss because we believed in women's choice. Pot calling kettle black at its finest. https://t.co/nWxmfTOWNW

"Why is sexuality such a big problem? Are we actually grown up? Are we still living in the jungles?" said Veena Malik on her topless pic https://t.co/qW2jcvFzVX . Now she has become a guardian of desi morality https://t.co/phDL9PxR5x

They also educated her on the right to live, even if you make questionable choices.

Sis that fact that you can parade naked and make out with Ashmit Patel on national television is thanks to such people so stfu https://t.co/lNgZaGPumP

She needs to go back to school before she’s deemed responsible enough to handle a Twitter account.

Don't understand how/why are women like Veena Malik, Payal Rohtangi, Koena Mitra, speaking the same language as those who slutshamed them the most during their careers. https://t.co/2weygnKXZd

She's that type of friend.
One day they're the most pesh-pesh harami in your gang. Then they get married, put up shaadi pics & then it's like they don't know you- & you're left wondering if you're too incorrigibly harami to be respectable or if they're just ditchers with no shame https://t.co/GF1K5awhky

Veena Malik should’ve known better to be honest. After all, she is no stranger to controversy herself.