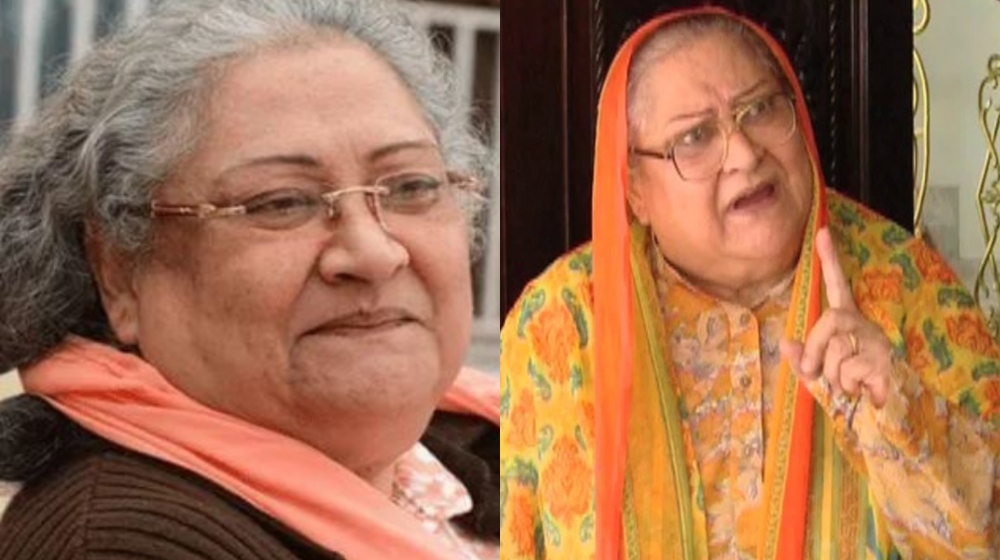 Veteran actor Durdana Butt passes away in Karachi. Pakistan just lost another legend from the golden days of television.

The Karachi Arts Council confirmed the news of her death on Thursday. She was 83. The renowned star was on a ventilator, during the last few days of her life. According to reports, Durdana Butt had been battling cancer but died from COVID-19 complications.

Earlier this month it was reported that the Fifty-Fifty comedian was critically ill. She was placed on a ventilator. The Choti Si Kahani children show host fought a long battle with the terminal disease.

As news of her passing broke out, celebs that took to social media to pray for her health are now mourning her death.

Fellow veterans like Simi Raheal also sent out prayers for the deceased. She penned a heartfelt note describing her time with the fellow veteran. She described the fellow actor as larger than life and a gentle soul.

“It was the 70s I was at ptv Lahore to do a play for Mohammad Nisar Husain called aghoshewida by Ashfaq Ahmed sahib and that was when we acted together the first time!”

Legendary Comedian Amanullah Passes Away at 70

Durdana Butt is best known for her roles in various pieces from the golden era of the Pakistan Television Network (PTV). She starred in dramas like Aangan Terha, Ruswai, Intezaar, and Tanhaiyaan.

Later she took up a role in the children’s show Choti Si Kahani. She was last seen in the role of Amma in the blockbuster movie Parey Hut Love.