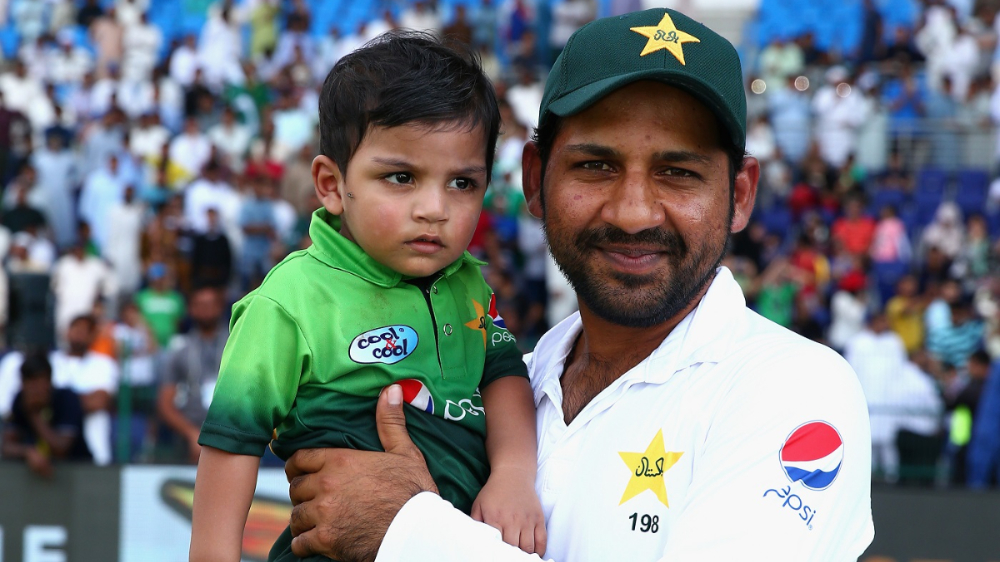 The former captain of the Pakistan cricket team was spotted carrying his son, Abdullah, on his shoulders. Sarfaraz Ahmed has a talent for Naat Khwani, which he looks to have passed on to his son as the father-son duo recited a naat together during their visit to the holy city of Madina, Saudi Arabia.

The video clip of the wicketkeeper-batsman and his son is trending on social media with netizens showering praises on Sarfaraz Ahmed for being such a loving father.

Look at the boy snuggling into his father’s cap Masha Allah. Whatever the cricket fans say about him they can’t compete with him on this level. He’s always so down to earth and inclined towards such heart warming acts. 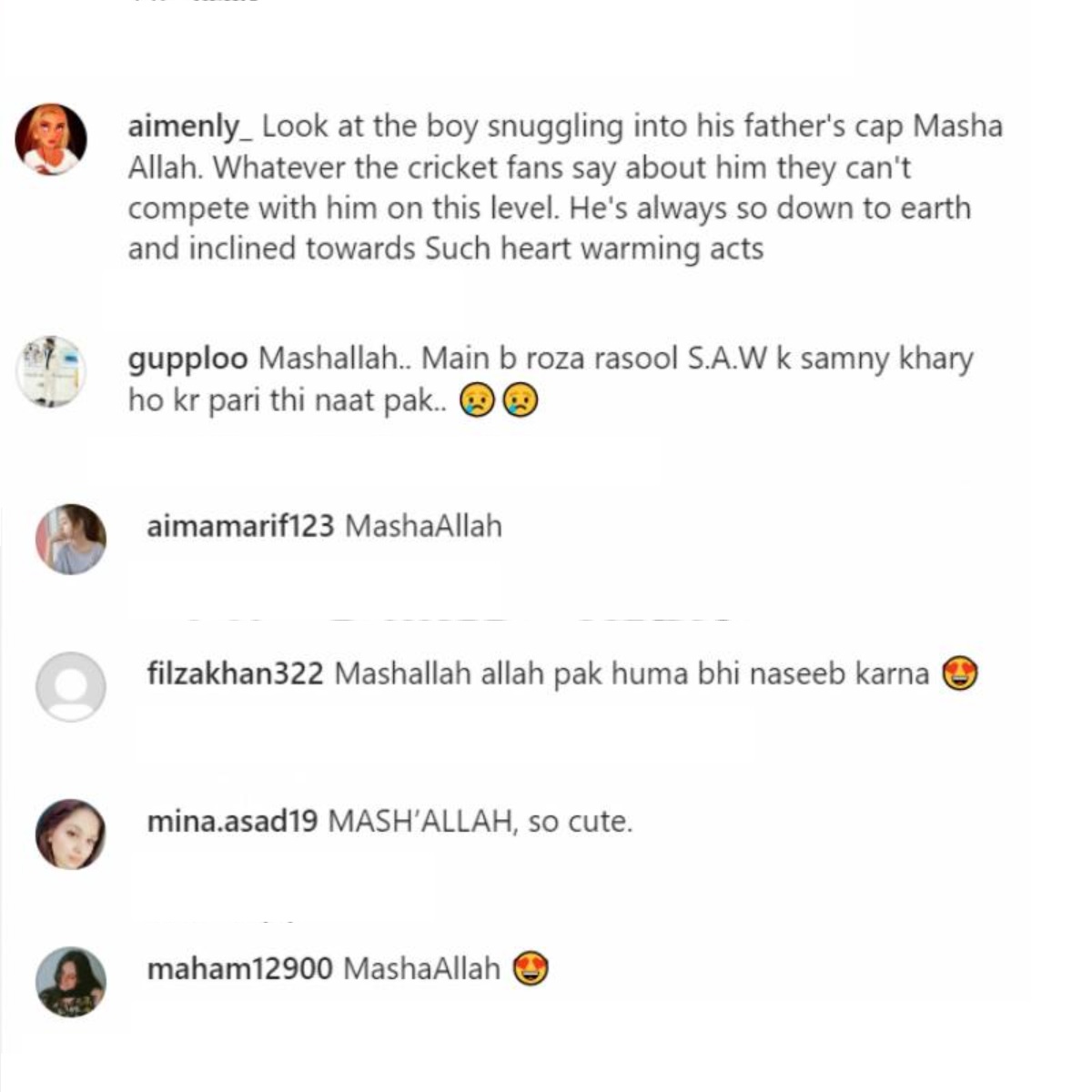 It is to be noted that Sarfaraz Ahmed is a Hafiz-e-Quran and this isn’t the first time the Pakistani cricketer was seen reciting Naat with his son. In 2019, the Quetta Gladiators player brought his son with him to a live TV transmission as he beautifully recited a Naat.

Sarfaraz Ahmed isn’t the only Pakistani player performing Umrah as his teammate, Shaheen Shah Afridi, shared a picture in Makkah.

Sarfaraz Ahmed is a popular Pakistani cricketer. He got married to Syeda Khushbaht in 2015. The couple was blessed with a boy, Abdullah. 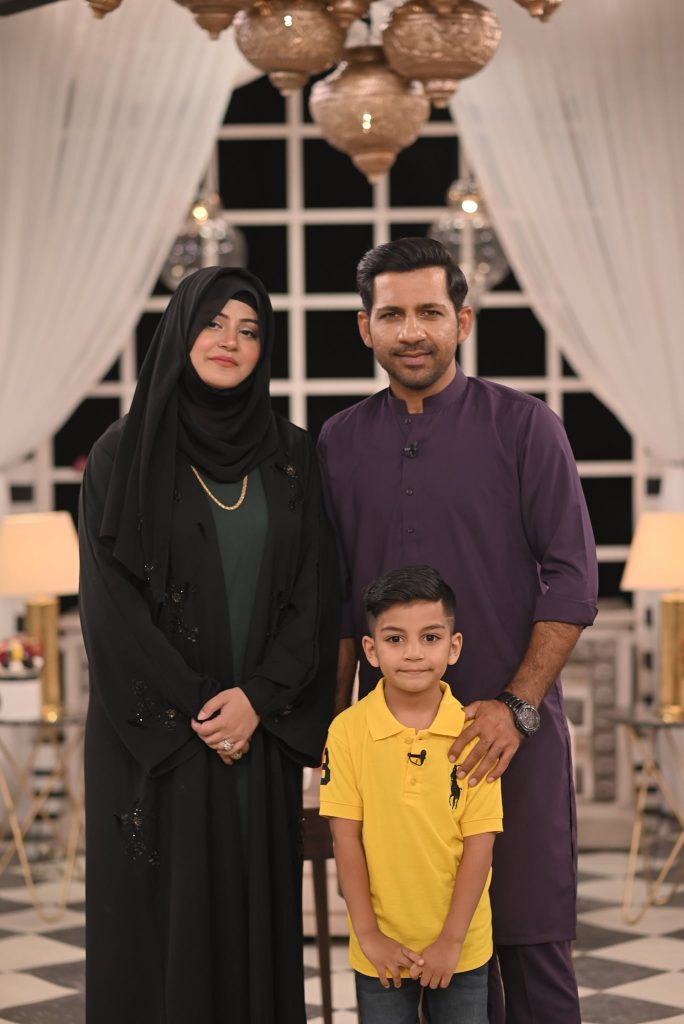 Sarfaraz is not only known for his agile wicketkeeping but also for his gutsy and street-smart batting skills. As a youngster, Sarfaraz rose to prominence by winning the Under-19 World Cup against India in 2006. He is the only Pakistani captain to lead his side to Pakistan’s first-ever ICC Champions Trophy in 2017.

The 35-year-old may be in the twilight of his career but has made his comeback to the national team with some brilliant performances in the recently concluded Test series against New Zealand.