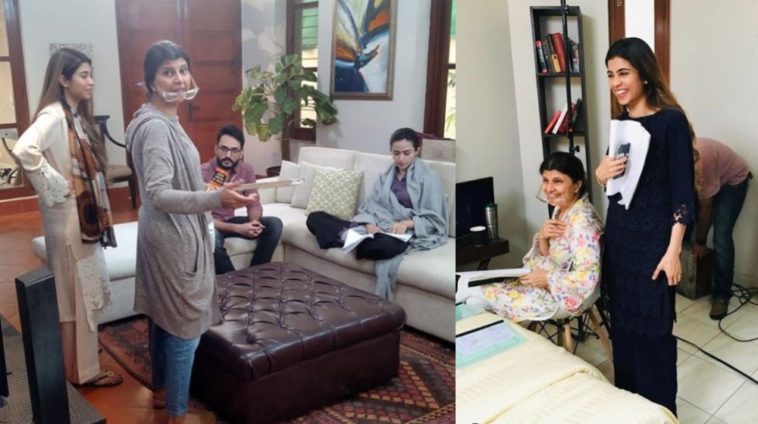 Rubina Ashraf has come out defending the decision of shifting the focus of the storyline in Ruswai from Sameera to Warda. It wasn’t until the last episode that Sameera’s story was quickly wrapped up.

When Ruswai was first aired, audiences assumed the drama would raise awareness about the taboo topic of gang rape.

The initial few episodes covered the harrowing crime and the ensuing family fallout. That didn’t last though, as soon the focus shifted to Warda (Minna Tariq) and Hamza’s (Osama bin Tahir) marriage.

Did You Know Minna Tariq From Ruswai Has a Famous Mother? [Video]

Soon enough we were looking at a story focused on ‘watta satta’ (marriage arrangement where two women from two families are married to each other’s brothers). The director Rubina Ashraf was accused by certain quarters of shifting the focus from Sameera to Warda, just so she could give her daughter more screentime.

She said these claims surfaced when her daughter Minna emerged as a prominent character over the course of just two episodes. She says that these complaints are biased and a conspiracy against her, and nothing to do with general public opinion.

“This controversy started after those two episodes after which Minna’s work actually became prominent; first in which she left the baby in the bathtub, second when Hamza was in the hospital.”

Rubina Ashraf said her daughter didn’t have many scenes to assert her talent.

“Minna did not have many scenes as such to prove her mettle except those two scenes. These are the two scenes in which Minna did not let down me and the production house after which the debate started which is a strange thing.”

To each and everyone who watched and messaged after i thank you all for appreciating and acknowledging this performance all i can say is i had a director @ashrafrubina who believed in me and let me explore my limits and achieve this to the best,a co-actor who helped me so much that im out of words, thank you @irsa.ghazal.9 you know what you mean to me. And Specially @nailaansariwriter for writing it so beautifully. Thank you everyone ?

She even went on to say that ‘journalists who are criticizing her are doing yellow journalism. The actress-cum-director asserts she was just following the script and only extended things that were important.

“Rubina Asharaf has some reputation; she is outspoken, never tells lies, she is upfront, no one can say her something wrong. I just want to clarify it, its the matter of my integrity now. I just want to say that whatever Rubina did was written in the script as it is. Those people who raised this issue should be ashamed.”

Any Merit to these complaints?

Besides shifting the focus away from the central story, with Sameera’s track was being sidelined, there were plenty of other decisions that didn’t appeal to audiences. The scene with Sameera’s father ‘letting her go‘ comes to mind.

Sana Javed and Bilal Abbas To Star in Thriller Drama

At least we had Sana Javed’s acting to get us through this. When Sana Javed was asked about playing the difficult character on-screen, the Khaani actress said she’s happy with her characterization.

“I am satisfied with my character.”

As for the way the story turned out, she asserted that wasn’t her job, that was the director’s decision.

“Its the duty of director, that what is their vision and how they carry the story and how to evolve the story, edit it and how to increase any character’s treatment.”

We look forward to seeing the actress in her next project opposite Bilal Abbas. 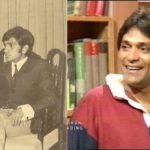 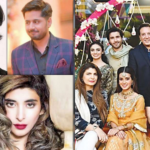