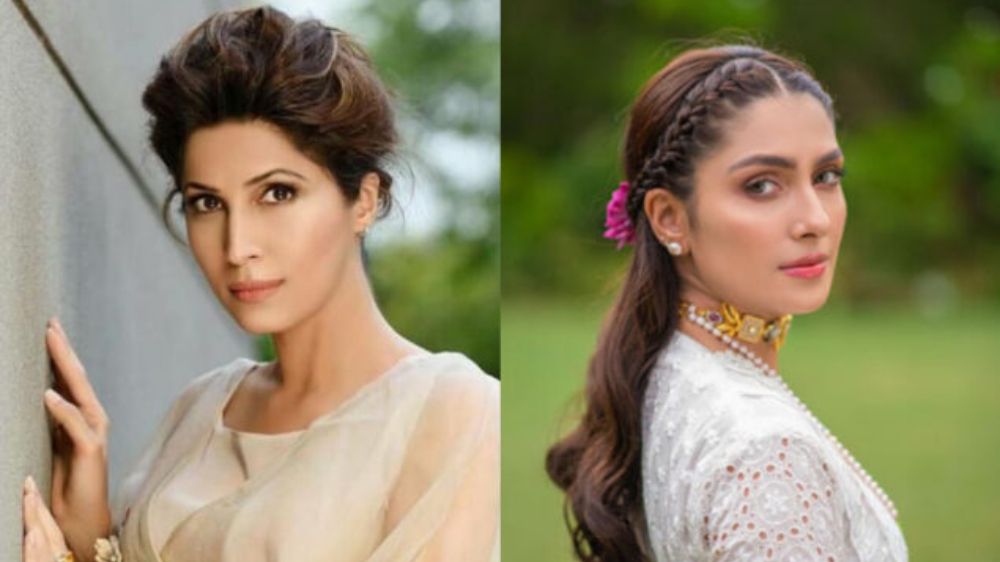 Former model and actress Vaneeza Ahmed just took a jab at Ayeza Khan and her ability to garner 12 million followers on Instagram.

The Jinnah actress questioned the younger actress’s popularity based on how she only posts vanity pictures of herself and remarked: “So what if you have 12 million followers?”

“What are you contributing?” she added.

Vaneeza Ahmed was recently on the popular talk show G Sarkar with host Nauman Ejaz. She was asked if she is on social media and responded that she barely uses Instagram but her niece manages her account. She states that it is pointless exercise to take selfies all the time.

On that note, she told the host that she had come across the account of a Pakistani actress who has the most followers in Pakistan. Vaneeza couldn’t recall Ayeza’s name until Nauman Ejaz mentioned it and the former model expressed disappointment with why the Chupke Chupke star has 12 million followers when all she does is post pictures of herself and her extravagant lifestyle.

Ayeza Khan is a very popular showbiz figure and is best for her performances in the hit drama serials Mere Pass Tum Ho, Chupke Chupke, and Laapata.

Vaneeza Ahmed, also known as Vinnie, is a renowned model, actress, and occasional singer. She is a face for many brands and is the first Pakistani to work for Donna Karan and Calvin Klein.

Do you agree with Vaneeza Ahmed’s remarks about Ayeza Khan? Let us know your thoughts in the comment section below