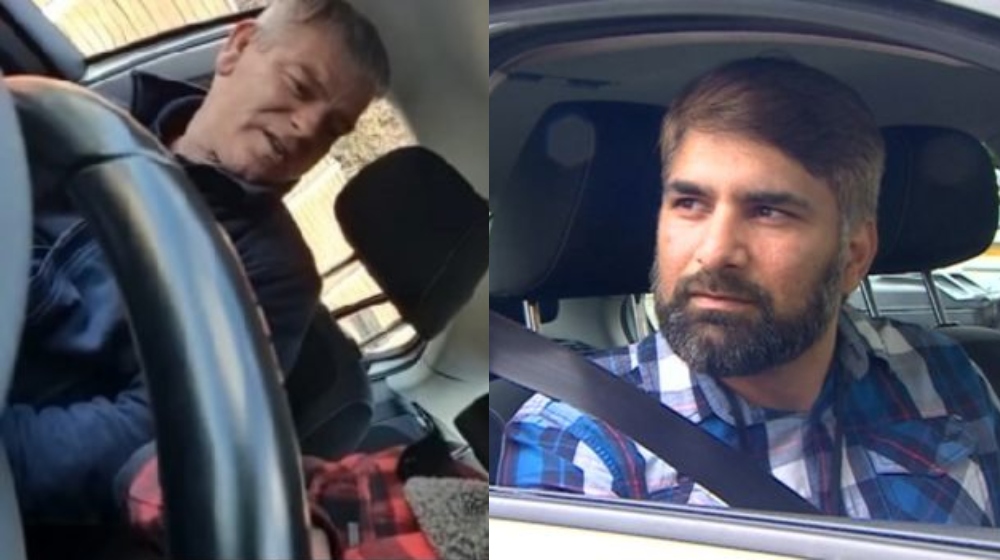 Hate crimes against minorities are no secret in Britain. But in most cases, you’d be hard-pressed to find authorities arresting a Caucasian white male for crimes against a member of a minority. Yet this is exactly what happened recently in the case of a Pakistani British cab driver.

Good thing the British-Pakistani taxi driver, Abid Mustafa caught the whole thing on his dashcam. BBC News reported that the incident took place in Birmingham on May 15th. The video went viral, leading authorities to track down the white man and arrest him.

The man was seen calling the cab driver a ‘Muslim terrorist‘ and demanding that he should ‘go back to your own country‘.

Can anyone identify this horrid man who abused a taxi driver recently!! #SayNoToRacism pic.twitter.com/cI9fq7cXgx

According to Abid, the racist attack began after Mustafa picked up the passenger in Erdington. The white male demanded to sit in the front seat and did sit there despite the threat of COVIOD-19. The cab driver pointed out how precautions were set in place to prevent further spread of COVID-19.

This set the white man off as he continued his racist onslaught. People lauded Abid Mustafa for keeping his cool in this situation. The viral video of the unidentified white man racially charged verbal attack on the Pakistani-British taxi caused public outrage.

West Midlands Police revealed that the 53-year-old harasser has been arrested in Erdington, West Midlands, England on Friday afternoon. The arrest came after the call for action by netizens on June 3rd.

The man still remains unidentified. After what he was seen saying no wonder they concealed his identity. According to West Midlands Police, the man was arrested for suspicion of racially aggravated public order offense.

While police brutality states might not chalk up to why Britain needs movements like Black Lives Matter and Say No to Racism, the public sentiment sure does.