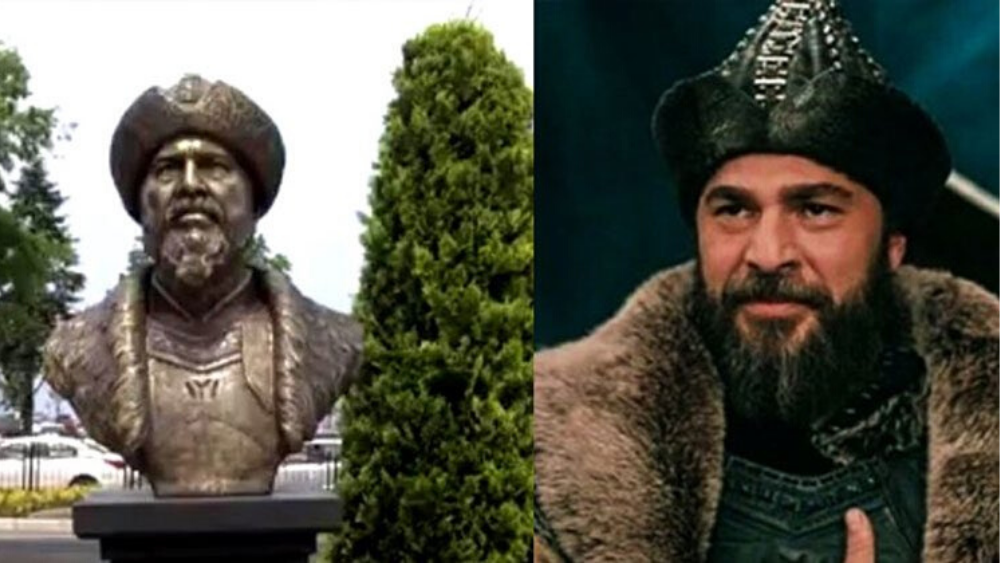 Diriliş: Ertuğrul has become one of the top trending shows not just in Turkey, where the show was made, but also in Pakistan. People in both countries are paying homage to the leader of the Kayı tribe of Oghuz by placing murals of Ertugrul in different parts of the country.

However, due to some errors, about 20 busts of Ertugrul, which were previously placed all around Turkey, have been removed. What happened here? And why did the authorities removed those beautiful statues?

Let’s find out shall we?

The mystery behind Ertugrul statues removal

An artist, Ömer Gençtürk, in Ordu was responsible for creating these murals, which were made with bronze and basalt stone.

On June 4th, the art pieces were placed in front of the city hall. However, they were soon removed due to the public’s and social media users’ objections and concerns.

Many took to their social media accounts to express how the busts resemble Engin Altan Düzyatan, the lead actor who played the role of Ertugrul in the show, more than Ertugrul himself.

These folks say that it is nothing short of a travesty.

Two municipal workers are fired after the Turkish town of Ordu commissioned a bust of the father of the founder of the Ottoman Empire & instead got a replica of a famous actor who depicted Ertugrul Gazi on popular soap opera. https://t.co/0Rw7f2KOjg

The municipality responded to the removal of these murals in a written statement. They said it is questionable and requires due diligence:

We were disturbed by the fact that the bust of Ertuğrul Gazi resembles Engin Altan Düzyatan, the leading actor in the Resurrection Ertuğrul series and the same day the bust in question was removed.

Necessary investigation has been initiated about those responsible for negligence. We thank all the public for the sensitivity they have shown.

Interestingly, this wasn’t the first time a statue was built of Engin Altan instead of Ertugrul. The same thing had happened in another Turkish province, Bilecik. Now, the authorities are taking action against such portrayals, and making sure they are removed from the public sphere.

The show Diriliş: Ertuğrul has taken the Muslim world by storm, especially in Pakistan where PTV reports that the show had been viewed by 133 million people from April 25 till May 14. The Urdu dubbed version has also been trending on YouTube, where the show has 5.51 million subscribers.

While it is important to remember and honor influential figures by building and erecting their murals countries, it is also important that artists are mindful of what Ertugrul looked like in real life. That or by choosing a likeness that doesn’t borrow heavily from a showbiz star!

Let us know what you think of this story in the comments section.

Saba Qamar Takes A Hilarious Dig At Our Obsession With ‘Ertugrul’