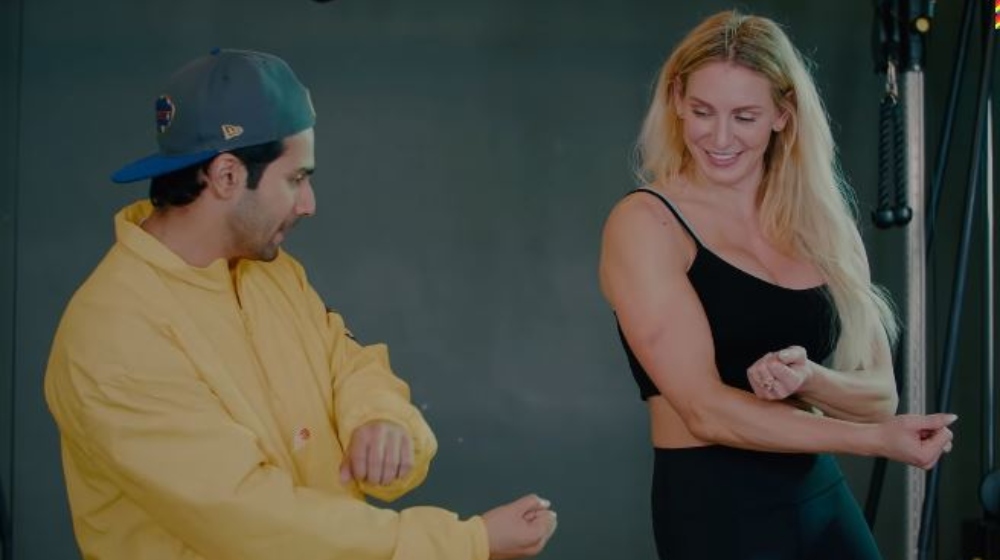 After Stephanie McMahon, now Charlotte Flair is learning how to bust some moves Bollywood style. The World Wrestling Entertainment (WWE) diva even has Varun Dhawan teaching her.

While the WWE Chief Brand Officer’s dancing to a Bollywood song was a ‘smash hit’, how well did Charlotte do?

In the video we see the two bonding overcoming from huge legacies in their respecting careers. Charlotte and Varun spoke about the pressure of filling those shoes.

“People were like Ok, she’s just not Ric’s daughter.”

Now there’s a generation of kids that watch her and look up to her and don’t know who her father was Ric Flair, ‘The Nature Boy‘.

This was followed by a rapid-fire round where Charlotte revealed she actually enjoys being WWE Queen.

“The Queen, maleficent….Yeah, it’s more fun to be bad,”

She also opened about who she likes Andre the boyfriend over Andre the wrestler.

Then after a rapid-fire round of questions, the matter of Charlotte’s dancing came up and Varun wanted to dance. Varum took it upon himself to teach ‘The Queen’ a ‘punching dance move’.

As the two delivered a smashing performance to a classic track, ‘Muqabala Muqabala‘.

Previously the WWE Queen, had learned how to do the ‘bhangra‘ (a Punjabi dance). Gaelyn Mendonca taught Charlotte Flair how to break down to bhangra.

Did the WWE Queen one up Stephanie McMahon’s performance to ‘Humko Tumse Pyar Hai‘?.