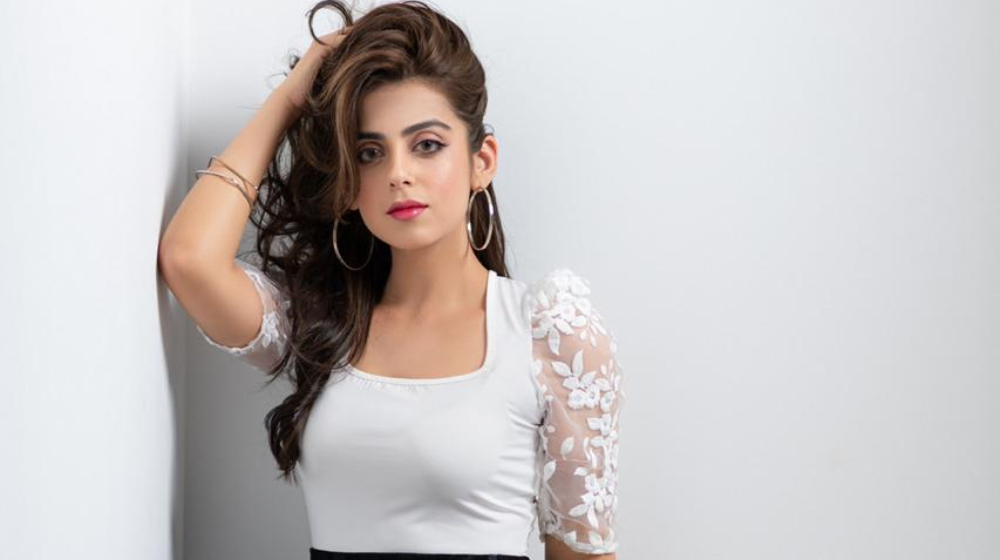 Actress and model, Yashma Gill busted out a few dance moves on Instagram yesterday. The Bay Baak star hopped on the latest TikTok dance trend that is called “Make Ya Bumpa Flip Like a Flipagram” from the Jamaican dancehall song Gyal You A Party Animal by Charly Black.

Yasha Gill shared a clip of her attempt at the TikTok trend with the caption,

Had to follow the trend!! Swipe left to see the practice sesh while going up 🤣

The Pakistani actress shared another clip of her second attempt at the dance while going up an elevator. Yashma Gill asked her fans to excuse her “sick since 5 days face”.

Netizens loved the actress’s smooth dance moves as people praised her in the comments.

People especially enjoyed her role as Shanzay, a stubborn girl and the antagonist in the popular drama serial Pyar Ke Sadqay. The young diva is on top of her game and has been delivering stellar performances in her projects.

Aside from her acting skills, Yashma Gill is well known for her looks and charming personality. She is a very active social media user and often shares gorgeous posts with fans on her Instagram.