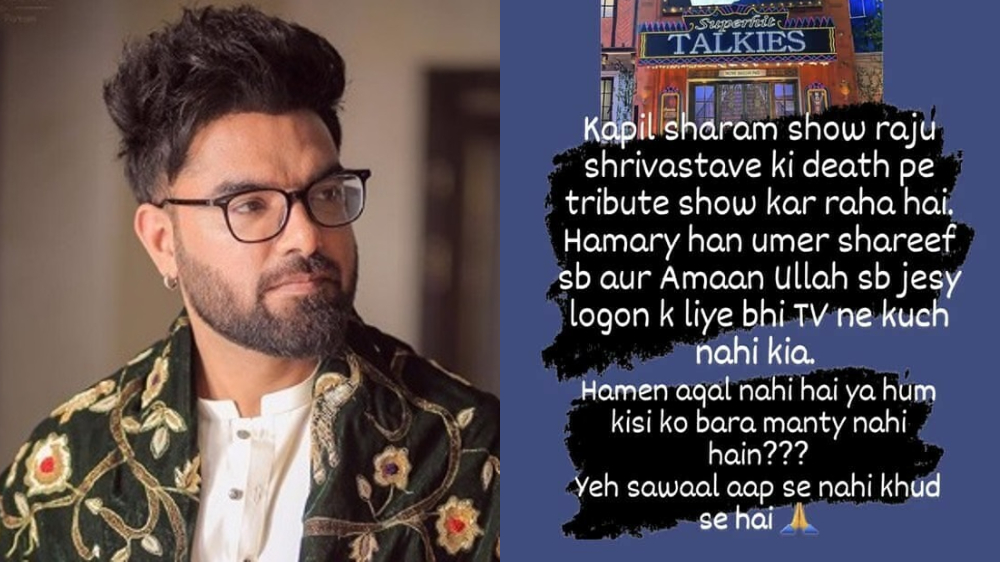 Actor Yasir Hussain called the Pakistani showbiz industry out on his social media yesterday for not paying tribute to the late veteran comedians Umer Sharif and Amanullah.

The Badshah Begum actor posted an Instagram story to express his disappointment after learning that India is honoring its late comedian Raju Srivastav on The Kapil Sharma Show.

The Kapil Sharma Show is paying tribute to Raju Srivastav and here no one does anything on TV for Umer Sharif and Amanullah.

Note that Srivastav passed away on 21 September.

Hussain believes that Pakistan’s late comic legends, Umer Sharif and Amanullah, are deserving of the same honor from the local TV shows. 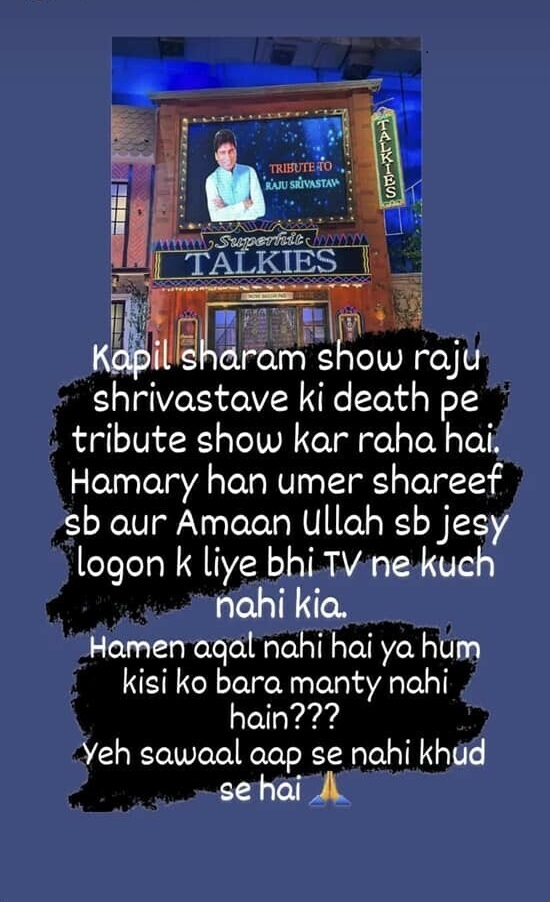 The 38-year-old actor believes the local showbiz industry either “lacks common sense or has no respect” for its late legends.

Indian mimicry artist Jayvijay Sachan revealed that the upcoming Kapil Sharma Show will feature several renowned comedians who will come together to pay tribute to Srivastav. He also shared a picture from the set.

About Umer Sharif and Amanullah

Umer Sharif passed away on 2 October 2021. The actor, producer, director, writer, and comedian is regarded as one of the greatest comedians in the sub-continent.

He won numerous national awards, including Best Director, Best Actor for Mr. 420, 10 Nigar Awards, three Graduate Awards, and four national awards. He was also a recipient of the honorary Tamgha-e-Imtiaz.

Amanullah Khan was also a renowned comedian, Punjabi theater performer, and TV artist who passed away on 6 March 2020. His fans often cite him as one of the world’s best observational comedians for his knack for finding humor in his surroundings and daily life.

What do you think about Yasir Hussain’s statement? Let us know in the comments below.