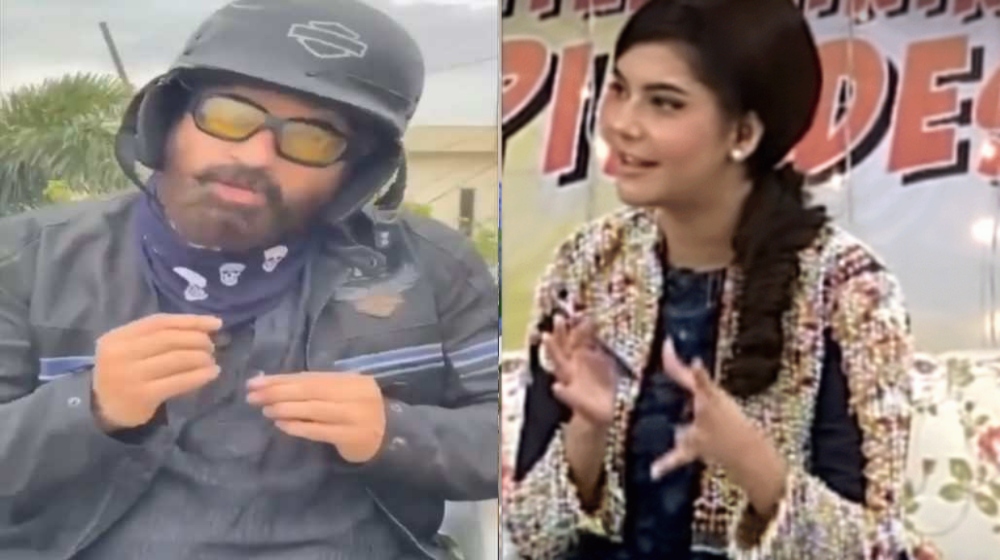 After the Internet had a ball making Nida Yasir memes, even her husband Yasir Nawaz is making light of the situation. The producer made a parody video of his wife.

Recently Nida Yasir went viral for an ages-old interview clip where she was interviewing engineers from the National University of Science and Technology (NUST) about their Formula 1 car.

First, she assumed that the students had started with a smaller model with one seat and would work their way up. When they explained that a Formula 1 design only has one seat, for the racecar driver, she assumed Formula 1 was a prototype that’s being tested.

Even as the engineers continued to explain the morning show host remained ignorant which sparked so many memes online.

Her husband is also indulging in the memes and recreated her viral video.

YASIR NAWAZ pulling off @Aligulpir and what Ryan Reynolds does best, roast his own wife 😂 https://t.co/fYsG0Z8p31 pic.twitter.com/uQ8rIAadQd

Personally, Nida Yasir had a sense of humor about the whole thing and laughed it off. In an interview with Independent Urdu, the actress admitted to her shortcomings and promised that she would conduct better interviews in the future by doing thorough research.

While Netizens might have tickled her funny bone with their memes, how does Nida Yasir feel about Yasir Nawaz recreating the video? We’d love to know.