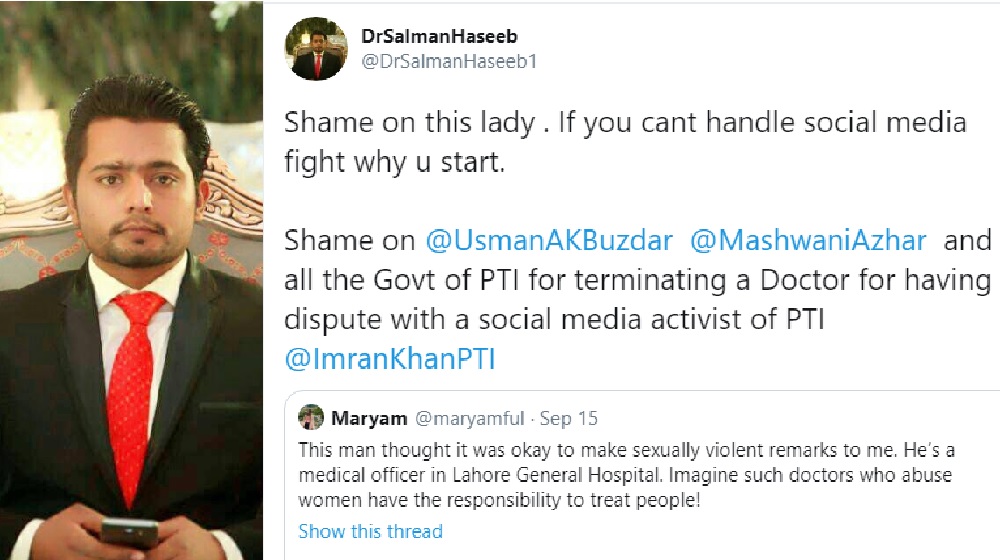 Dr. Salman Haseeb has come under fire for publicly defending one of his colleagues who used vulgar language on Twitter with social media influencer Maryam Aftab. In fact, the president of Young Doctors Association is shaming the woman for not being able to “handle social media”. 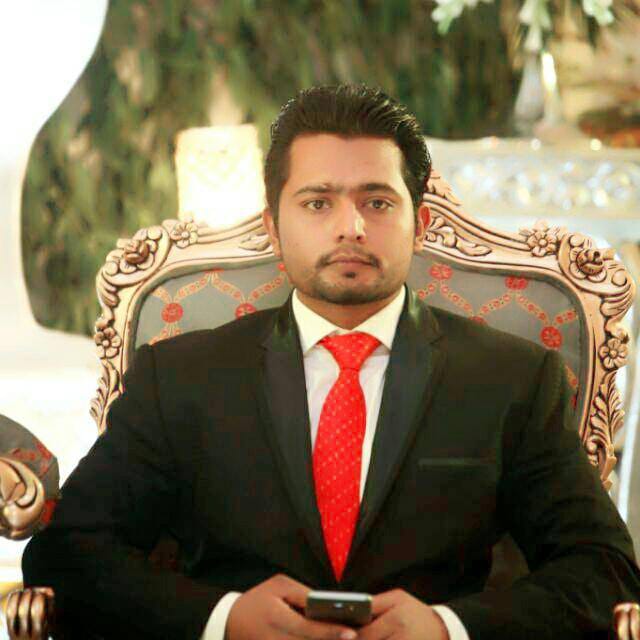 Recently, social media influencer Maryam Aftab got into an argument with someone on Twitter. Apparently this person did not ‘agree’ with Maryam’s stance on rapists being hanged or castrated. While she tried to make him understand, this social media user, who also happens to be a doctor, went on the offensive and started sending vulgar insults.

This man thought it was okay to make sexually violent remarks to me. He’s a medical officer in Lahore General Hospital. Imagine such doctors who abuse women have the responsibility to treat people! pic.twitter.com/PSrnXO3Q0U

In response, Maryam asked people to report the man for using such foul language in a discussion. The man in question is named Omer Nadeem, who turned out to be a medical officer at Lahore General Hospital. People immediately called for action against him. Scared, he then proceeded to delete his account.

The government took swift action as Usman Buzdar and Mashwani Azhar, Focal Person (Digital Media) to CM Punjab, alerted his hospital of taking the appropriate action against the doctor.

While everyone cheered, the president of Young Doctors Association (YDA), Salman Haseeb, had other ideas. He condemned Maryam Aftab as well as the government for exterminating such a “fine” doctor like Omer Nadeem over a Twitter discussion. Salman shamed Maryam for not being able to “handle social media”.

Netizens were shocked to see that the YDA President thinks it is okay to insult women on social media.

At a time when the memory of Marwah’s rape and murder as well as the Lahore Motorway incident is still fresh, Haseeb thinks its ok to belittle people like this.

Salman Haseeb came under fire as people started confronting him on Twitter. However, the YDA president has not issued any apology, instead he has been replying back to all the tweets he’s receiving. Check it out:

If spelling a word is a status then u are an intellectual and literary .

Thats the complex you people inherit

From the tweets, it seems he is arrogant enough to tell people how to file a complaint against him.

Some users tried to reason with him and make him understand, but Dr Salman refused to acknowledge anything other than all of this is some sort of “fanatic leftist conspiracy?”

Sir, under with section of law he is penalized? The action should have been taken in legal codes. Why she is allowed to humiliate the nation and play with the emotions .

These are fanatics of the left

And of course, if all else fails, use other frivolous excuses to deflate blame.

Agreed. He must be penalized. Why one sided action? This lady called Pakistan "Chotiya State"
This lady playing with our cultural and social norms? How can state allow this?
She tied Pakistani flag on her dog?

It is shocking to see the president of YDA not being able to acknowledge the most basic ethics. Foul language is never acceptable.

What action should be taken? Share your thoughts in the comments below.