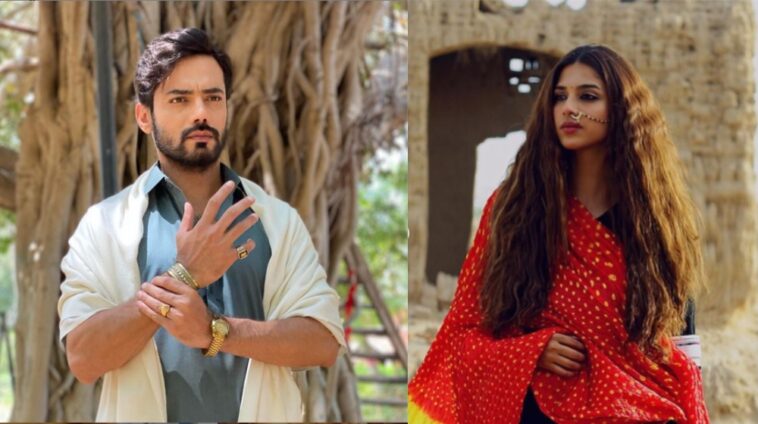 After fans fell in love with their on-screen chemistry Zahid Ahmed and Sonya Hussyn are teaming up for another project, Mor Moharaan.

Zahid Ahmed and Sonya Hussyn will return for ‘Mor Moharaan‘ and we can’t wait to see their scintillating chemistry again.

A BTS video of Zahid Ahmed and Sonya Hussyn joking around on set also surfaced. It’s assumed that this is from Mor Moharaan.

Zahid Ahmed also revealed the first look at his character ‘Ahmed Khan Gardezi’. He shared the image on Instagram captioned;

As of now, there’s is not much info on the drama serial’s storyline. However, Sonya Hussayn teased the first look at her character ‘Rohi‘. She was seen donning a Cholistani Banjaran avatar in a black long frock and red, green, and yellow chunri dupatta.

Earlier in March, Sonya had revealed that she’s already shooting for the drama serial. At the time she told Dawn Images that the drama serial is about global warming and climate change.

She had described her character as;

“A girl who loves nature and is down-to-earth, sober, and practical when it comes to realising her idealistic dreams”.

We’ll get to see Rohi make efforts to resolve issues faced by her community such as water shortage and plantation. Sonya revealed her character works with village women, pulling out water from wells.

Firdous Jamal Reveals How He Felt When Hum TV Banned Him

Ali Moeen penned the script being directed by Owais Khan and produced by Seema Taher Khan. 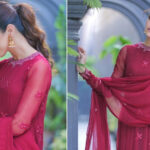 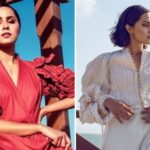