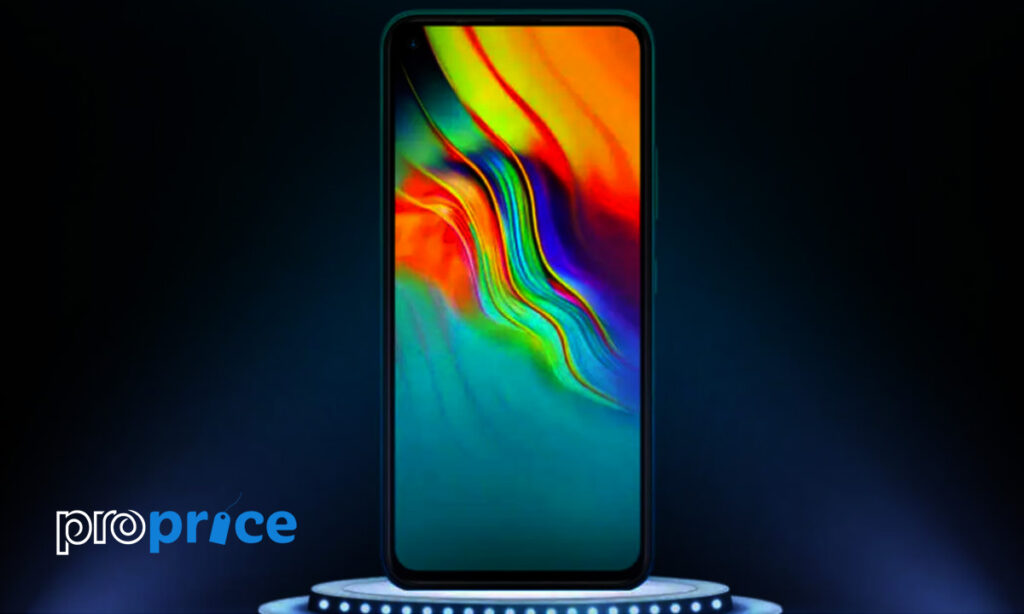 In principle, Infinix is committed to building cutting-edge smartphones that inspire dynamic fashion and brand spirit. The Infinix Note 7 has been doing good in the market, and things look uphill from here on out. A few questions arise regarding performance and hardware, but overall, things look good.

The phone has an overall nice feel to it. Unlike trends of 2018 when teardrop displays emerged as a thing for the future, it’s great to see punch-hole notches in the latest Infinix handsets. The new Infinix Hot 10 has a sleek finished back – there isn’t a much-rather-preferred oleophobic coating that repels smudges. You’d have to get a back cover to not go crazy with cleaning from time to time.
The phone measures 171.1×77.6×8.88mm.

The new phone features a 6.78-inch HD+ (720×1640 pixels) IPS LCD capacitive display with a punch-hole camera in the top-left corner. Since we’re talking budget phones here, it won’t hurt to have a phone with decent specs and an LCD screen for PKR 20,000.

Infinix Hot 10 comes in four colours, including Obsidian Black and Moonlight Jade. It is currently up for pre-orders in the country at a discounted price, and will go on sale starting September 28!

Storage type in Infinix Hot 10 is an eMMC-variant, which has a slow read-to-disk attribute. This means that apps and files take more time to load, but the time difference is in microseconds – if you’re not prone to OCD then you won’t notice it!

Sporting the Helio G70 chipset, Infinix Hot 10 is a decent mid-ranger for gaming. The display lacks in certain areas (it’s just an LCD), however, this allows heavy games to run soundly. PUBG and COD Mobile might lag at certain frame-canvases, but it won’t happen much and you might not notice it.

One more thing: You get a fingerprint security option in the new Infinix Hot 10.

In terms of optics, the Infinix Hot 10 packs a quad rear camera setup that includes a 16-megapixel primary sensor, two 2-megapixel sensors, and an AI lens. The phone has quad rear flash; the selfie shooter is an 8-megapixel sensor housed in the hole-punch cut-out located at the top left corner of the screen.

Selfies are decent, rear camera image quality looks good, but there’s something you have to understand here: Having more megapixel-density doesn’t determine a good picture quality. In the case of Infinix Hot 10, the pictures might get blemished when zoomed in. Again, this won’t matter much since it’s a mid-range handset we’re talking about!

The Infinix Hot 10 is backed by a 5,200mAh battery and comes with a 10W charger in the box. The battery works pretty well with the phone’s hardware, and if your usage is limited to sending texts and making phone calls, expect the battery to last at least 2 days without a worry!

There’s the LCD with low PPI density, and a camera setup with no AI. These flaws might hurt and feel outrageous if the phone’s price-range was between 30k-50k, but hey, this one’s a gem in terms of budget. Getting a phone for PKR 20,000 with above mentioned specifications is literally a God-send. If you don’t like exceeding your budget on cell phones, go for this one.