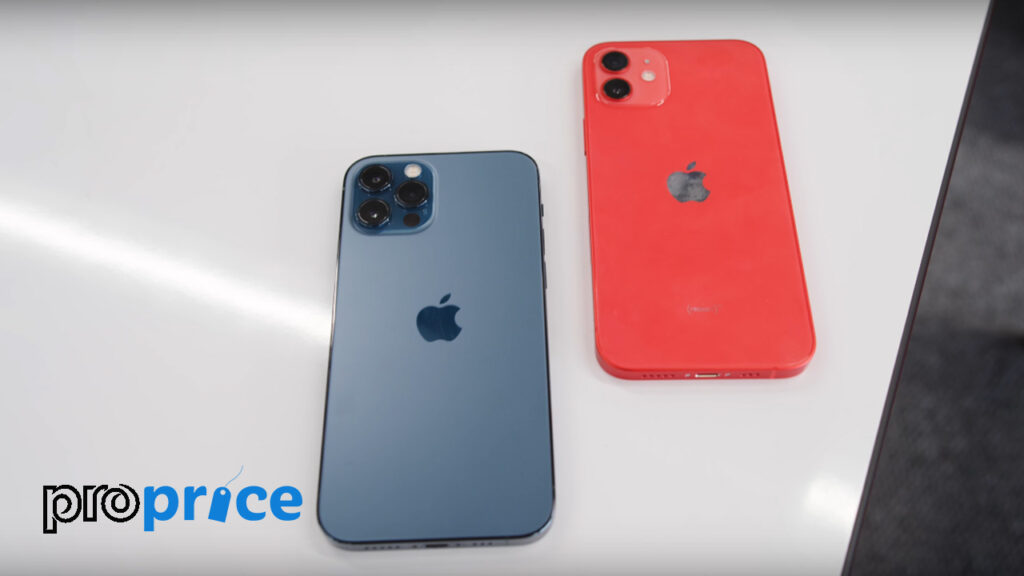 Magnets, and no charging brick?

Visually, the outlook really is pretty striking. There’s Gorilla Glass front and back, and a stainless-steel frame hinges on support. Weighing a meager 189g and sporting a squarish look from the outset, the iPhone 12 variants come in Silver, Graphite, Gold and Pacific Blue colors.
The device has an IP68 water and dust resistance rating fresh out of the box.
On the front, the display is a 6.1-inch Super Retina OLED with a maxed-out 1200nits brightness capability. Sporting the old iPhone 5 look, this device boasts an 86% screen-to-body ratio coupled with a 460ppi density. The front panel is scratch resistant, with a little mix of oleophobic coating around the entire frame. Overall, everything looks as good as advertised.

The new iPhone 12 Pro runs an Apple A14 Bionic chipset with 4-core GPU handling the heavy stuff in the backend. There’s no card slot as always, and this time around, the iPhone 12 variants pack 6GB Ram and 128GB ROM, with the storage options stacked up to 256GB and 512GB in separate variants.
Heavy app usage won’t be a problem here. Everything looks good, and for once, Apple decided to go all out with some serious hardware specs running the devices.

The iPhone 12 Pro sports a triple-camera setup in the rear. The primary camera module is a 12MP wide sensor, supported by an updated 12MP telephoto sensor and another 12MP ultrawide sensor with depth calibration.
The front camera module is a 12MP HDR shooter with gyro-EIS capability that also offers 4k video recording at 23/30/60fps.
Both primary and secondary camera setups are 4k-capable, so you can expect things to get pretty interesting here.

The battery hardware is a 2815mAh unit that offers more on-screen time than previous iPhone devices. You can expect the iPhone 12 battery to easily compete against other smartphone giants like Samsung and OnePlus, racking up a fare margin possibly!

This is a must-get device for all Apple enthusiasts who cannot wait to upgrade from their iPhone SE dilemma. There’s finally a standard 1080p video streaming capability, so you won’t have to worry about which iPhone 12 to purchase. Overall, the device will work with everything seamlessly.