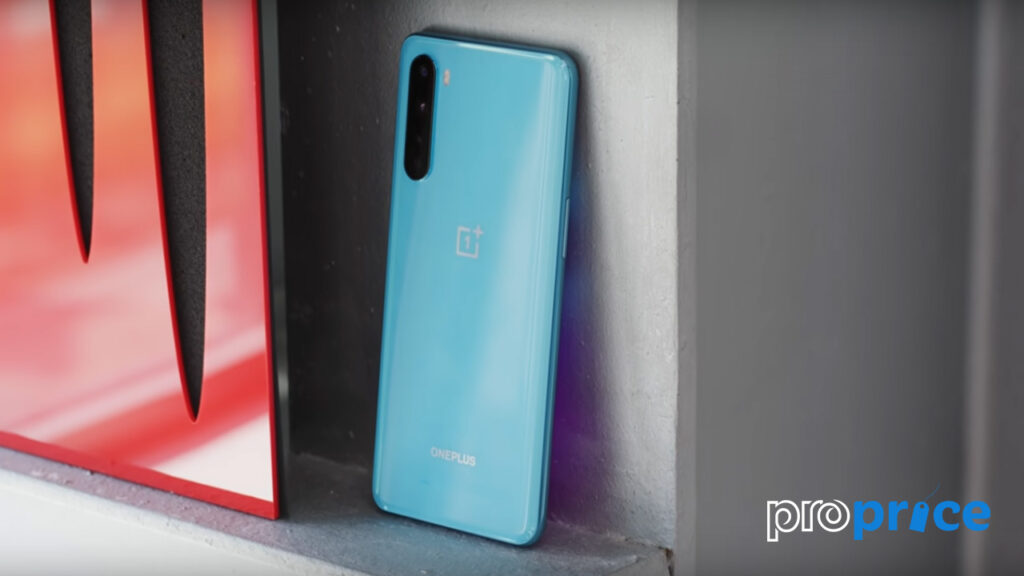 Here’s the truth: OnePlus Nord was inevitable. Here’s why!

OnePlus Nord is here, it’s official. As you probably already know – by the avalanche in your inbox – or maybe not, it’s probably the first time you’re reading about this phone. This is a full review, we intend to button some things up, and also just explain about this place OnePlus is in, and of course the truth behind the Nord.

Every part of this phone is second-best for the price. This means that there’s no super-standout-flagship spec in any place in this phone, but all of them are going to be right up there with the best. The display is maybe the best example of this; it’s a 1080p 90Hz OLED display. So, not the bleeding-edge high resolution or highest frame rate, but still quite nice!

We really like that it’s a flat display and the bezels aren’t too thick. Now, to pixel-peep a little bit, we did notice some off-axis rainbowing and some tint issues, but it’s minor. Overall, this screen is better than fine and then, same with the specs!

Now, about the build. Feels good in the hand, metal and glass. But that’s not entirely accurate about this phone. So, it is glass on the front and the back, and it’s plastic rails along the outsides, and metal buttons. So, it’s metal, glass and plastic. Not that there’s anything wrong with plastic – we see it all the time, especially in lower priced phones – and it’s technically more durable than glass.

It’s a Snapdragon 765 under the hood, and we tested a model with 12GB RAM and 256GB ROM. Now, the chipset is no 800 series – and it is a UFS 2.1 storage – and honestly feels a bit slower, especially with the heavier stuff like launching big apps and the camera; that’s where the lag is a little more noticeable. Overall, it’s fine. The Oxygen OS for us has felt more or less like the same experience as the more expensive OnePlus 8, plus you have the bonus of 5G compatibility. Not that it makes any difference; the country is progressing towards such a phase where 5G networks could actually work.

Here’s some good news. Turns out, the battery is quite good. It’s a little over 4100mAh and it was getting us comfortably through the end of all types of quarantine days. 5 hours of screen-on time no problem, ending the lighter days with sometimes 20-30% left, and it was definitely helped by it coming with the Warp 30W charger in the box. We just cannot understate how important the charger is for this OnePlus Nord.

It’s just kind of a mixed bag at this point. We really think OnePlus have fallen victim to their own marketing department’s hype.

It’s a quad-camera system on the back. There’s a 48MP main camera with the hardware straight from the OnePlus 8, and an 8MP ultrawide camera. These primary and secondary lenses are supported by a 2MP macro and 5MP depth sensors.

The photos are a bit noisy, detail is shambolic, but the ultrawide camera does it’s job. Fundamentally, the quality is missing for the main sensor to capture the good stuff. The depth sensor, honestly, is redundant. It’s bad.

The speaker module isn’t very good. Aesthetically, the phone just looks good. The company advertises the Nord as a midrange phone. It does have all the midrange specs – probably one or two flagship specs – but the price tag is just horrendous.

OnePlus, right now, doesn’t really have the brand clout to compete at over $1000. That’s definitely goals, and they’re getting there, but not yet. For instance, ask some of your friends what they think of OnePlus, and we guarantee most of them won’t even know about it. Similar cases sort of make it tough to convince people to buy something that’s priced over $1000 from a brand they’ve never heard of, over big players like Apple and Samsung. OnePlus know that. I think we all know that.

For now, dream Apple, try Samsung, get Huawei and enjoy Vivo. It’s your call. The Nord is a good device, but the overall spec sheet and price tag don’t justify that.