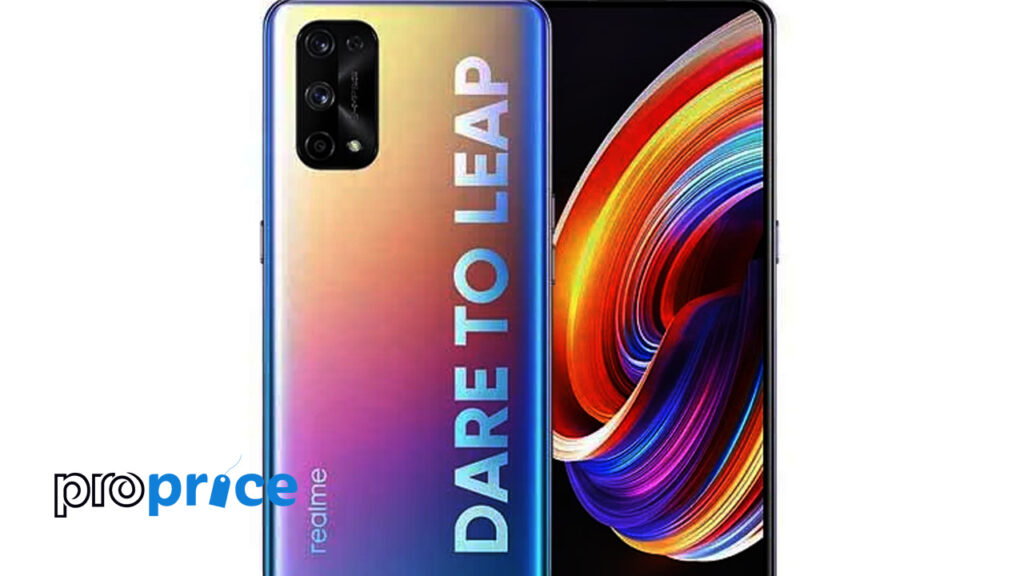 65W Super Dart Charging on the Pro model – which we reckon is the fastest charger you can ever get in this price category – is an interesting spec to see here. The Realme 7 Pro is basically the updated version of the Realme 7. Unlike the previous Realme 6 predecessors, the 7 Pro version boasts some big upgrades. The AMOLED display, stereo speakers, 65W fast charging, and big camera; it’s impressive, to say the least.

Featuring the same mirror-split design on its back as the Realme 7, the Realme 7 Pro is a lot slimmer, lighter and even sturdier. The frame and back panel are still made of plastic, but the quality is very good and the phone feels sturdy overall. The matte back means it doesn’t pick up fingerprints easily, and the Mirror Blue unit that we have looks good. The phone is also available in White.

The screen is a 6.4-inch Super AMOLED panel with FHD+ resolution and Corning Gorilla Glass protection. The display is bright, colours are rich, and thanks to this type of panel, the device has an always-on display mode and an in-display fingerprint sensor.

Realme 7 Pro has a 60Hz refresh rate, so it feels like a textbook cost-cutting manoeuvre from Xiaomi!

The Realme 7 Pro features the same Qualcomm Snapdragon 720G SoC as the Realme 7, and 6 Pro. It’s still a good chip; it’s power efficient and doesn’t heat up much even when stressed. The base variant of the 7 Pro has 8GB of RAM and 128GB of storage.

The Ui works seamlessly; the phone never missed a beat, whether we were launching an app, switching between multiple apps, or playing COD Mobile. The Super AMOLED screen is great for watching videos too!

The rear cameras on the Realme 7 Pro are similar to those of the Realme 7. There’s a 64MP Sony IMX682 main camera, an 8MP ultrawide camera, a 2MP depth and 2MP macro sensors. For selfies, there’s a single 32-megapixel camera with a rather narrow f/2.5 aperture. Compared to the Realme 6 Pro, the 7 Pro misses out on the ultrawide selfie and telephoto sensors front and back.

Realme claims that the new 64-megapixel primary camera should offer similar if not better clarity compared to a 2x optical telephoto camera. We give this claim a 90% score.

The 4500mAh battery lasts at least a day before running below the 15% mark. Thanks to the 65W Super Dart fast charging, the Realme 7 Pro racks a full green knot within 40 minutes!

If you’re in it for the specs, get the Realme 7 Pro. With an extra PKR 10,000 investment over the base model 7, you will not regret it. Apart from the selfie-camera output, this device is definitely game.