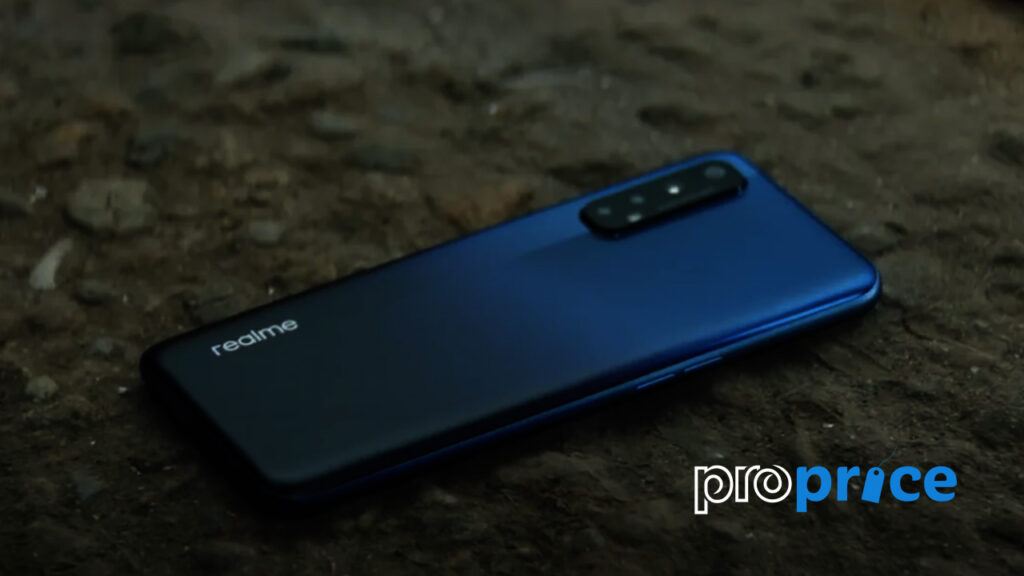 A mid-range contender | Is it worth buying?

30W fast charging in a device at this price – as you know – that’s somewhat easy to find. The Realme 7 aims to take the brand’s pedigree in the budget segment to a whole other level with some noticeable upgrades across the board. The Realme 6 from earlier this year was amongst the best midrange phones with nice gaming performance, good cameras, and a 90Hz panel.

Realme 7’s display appears to have been lifted straight from the Realme 6. It’s a 6.5-inch full-HD+ LCD panel with a hole-punch cutout and Gorilla Glass 3 protection. Realme has stuck to the 90Hz refresh rate from the 6. The display can get very bright, and colours are nicely saturated.

The Realme 7 features a mirror-split design that creates interesting patterns with light. The device comes in Mist Blue and White colors. The rear camera setup has a unique design, much different than the one that came with the Realme 6 device. Overall, the phone looks fresh and furnished at the back.

The placement of the buttons, fingerprint sensors, SIM trays, and all the ports at the bottom on both phones is pretty much the same. Realme 7 is a solid device but has a thick body and weighs a little extra. That’s probably because the battery module is bigger. One-handed texting or photography is hard because the additional weight sort of weighs you down a notch.

The Realme 7 comes with a Snapdragon 720g processor, but it’s not a major upgrade. The only real change is that the integrated Mali-G76 GPU now overclocks at 900Mhz, versus 800MHz in the G90T.

The base variant of the Realme 7 has 6GB RAM and 64GB ROM. There’s a second variant with 6GB of RAM and 128GB ROM. Just like before, this is LPDDR4X RAM and UFS 2.1 flash storage.

Not many CPU benchmarks online offer good reviews for heavy gaming on this one. Things get trickier when PUBG starts taking more video memory and the device lags. However when stressed, the system didn’t get heated up.

The Realme 7 gets a chunky, 4500mAh battery, which is a big upgrade over the 4,300mAh in the previous Realme mid-ranger. Even with medium to heavy usage, we easily got a day and half of runtime on one charge. For some perspective, the Realme 7 ran for a little over 24 hours in our video battery loop test, which is encouraging to say the least.

Unlike the Realme 7 Pro, this device doesn’t come with a 65W fast charger fresh out of the box. There is a 30W Dart Charge fast charger that comes with it, and it fairly racks up the battery from 0-100% in 65 minutes.

The Realme 7 does a good job with close-ups. The primary camera is a 64MP sensor, supported by an 8MP ultrawide shooter, 2MP macro and 2MP depth sensors. The punch-hole camera in the front is a 16MP shooter with 1080p video recording capability.

The cameras are good. Pictures from the quad-camera setup are clean and work good with lowlight. The selfie camera has a problem with setting contrast, and sometimes overexposes pictures if you don’t set it manually.

The Realme 7 builds upon an already admired spec list with a phone that excels at gaming, has battery life to last you through the day, and a rare high refresh rate display. The cameras get a hardware upgrade as well but do require some software polishing. Overall, it is one of the best phones you can get under PKR 40,000. Or is it? Check out our Huawei and POCO reviews to know more!