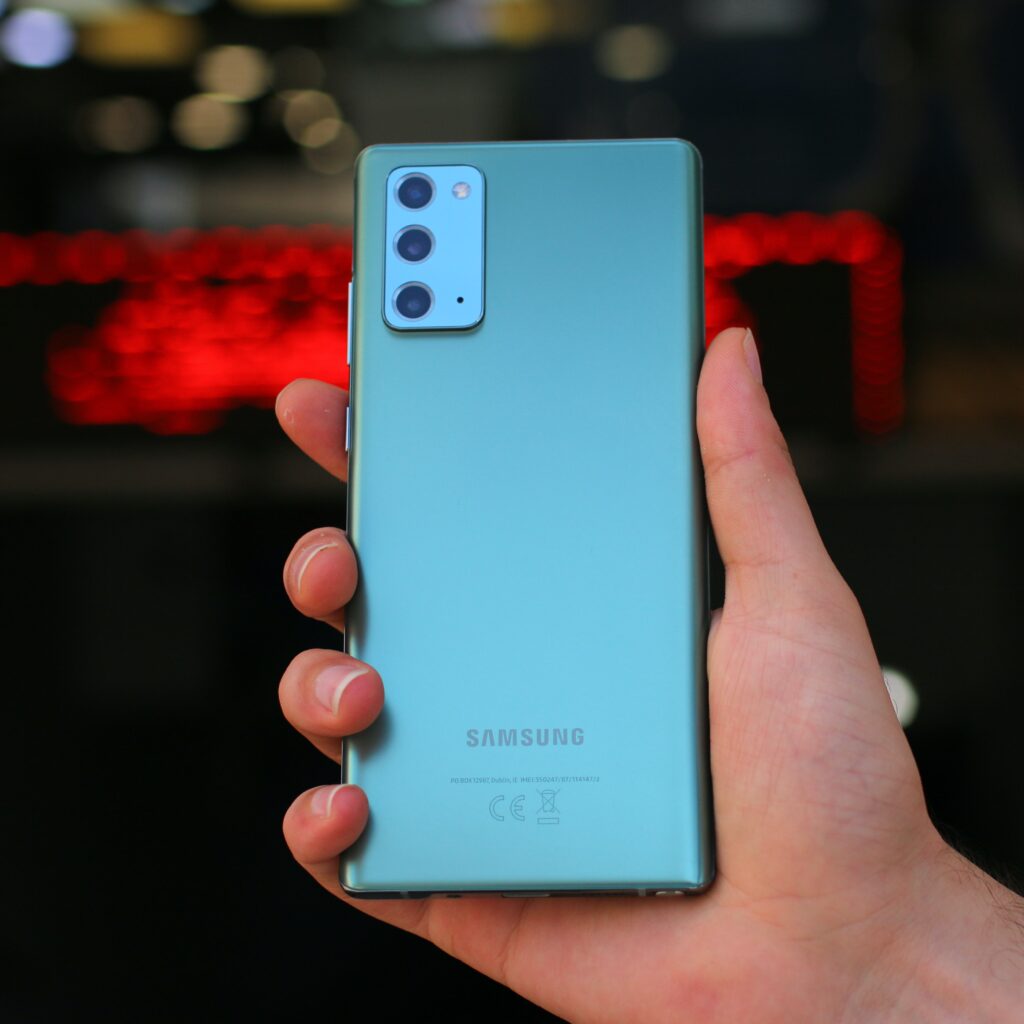 Flagship price with a plastic body?

So, is the Galaxy Note 20 Samsung’s ultimate premium phone? Honestly, for the price tag, it comes bearing, one expects this to be the FLAGSHIP of the year. However, unfortunately, the Galaxy Note 20 seems rather overshadowed by its very impressive older sibling, the Note 20 Ultra.

Keeping all these things in mind, is this phone worth your money? This & a lot more we’ll be discussing in the review down below.

The design is impressive as usual, with the completely flat display minus the curved edge shenanigans. The Galaxy Note 20 comes with a 6.7-inch Super AMOLED Plus display that has a 1080p resolution & a 60 Hz refresh rate. Which makes this an absolute bummer, considering you can find 90 Hz refresh rates in devices that cost as little as half of what the Note 20 does!

The display has impressive colors with thin bezels. Streaming Netflix, taking photos & gaming is quite an experience on this screen! The display has a slightly larger hole punch cut-out for the selfie camera. It also has a fast ultrasonic fingerprint reader underneath.

Now, let’s talk about the elephant in the room. The downgraded feature of this phone for some people will be its build quality or more specifically, the plastic back. The Galaxy Note 20 has a Gorilla Glass 5 front with a plastic back supported by a metal frame. Though the back has a more satin finish & the plastic here does do a great job of hiding fingerprints & all the micro scratches that are a given with a plastic back.

It also has slight advantages over glass. It makes the device slightly lighter, which makes the phone feel a little bit more manageable & of course, it’s less likely to shatter. So, at the end of the day, the plastic back only adds to the phone’s durability.

If we talk about the upgraded S-Pen it’s physically the same as the Galaxy Note 20 Ultra. The S-Pen is incredibly fast & responsive and comes bearing all the same benefits as it provides on the Note 20 Ultra.

In terms of performance, the Galaxy Note 20 is fast, snappy and can run any game without a hiccup.

Powering the Galaxy Note 20 is the Exynos 990 Plus chipset. From running demanding games to taking notes while streaming YouTube the Note 20 tears through all of these tasks efficiently & without any lag.

The Note 20 packs 8 GB of Ram with 128 GB of non-expandable storage. This is a bitter compromise for buyers of the cheaper Note, and certainly, a reason to consider the Ultra variant, which offers more storage options as well as microSD support. Although, the 8 GB of RAM doesn’t stop it from running tasks in the background like a mad man.

The device runs the One UI 3.0 with the Android 10 interface which is upgradable to Android 11. The Note 20 can also cast its desktop-class DeX Mode wirelessly to Miracast-supported displays. That’s a new feature for DeX; previously, you needed a cable to either project it via a TV or PC. (Explain dex a bit here, just a brief intro, people won’t automatically know what it is)

The camera array is also cut down differently. This time you see a significantly smaller camera module, unlike the Note 20 Ultra. The camera produces similar results to the Note 20 Ultra, in general, however, in terms of zoom distance & actual zoom quality, the Ultra is hands-down better.

The photos & videos from these cameras are very similar to the ones from the Note 20 Ultra. There are also some advantages to this system. The not so giant sensor focuses quickly without even needing laser auto-focus.

While the Galaxy Note 20 does allow you to shoot 8K videos, it also cuts down on some of the rather high-end Note 20 Ultra features like 108 MP primary sensor & a 50X Space Zoom capability. The space zoom here goes to only 30X max but if you don’t shoot at 30X Zoom all the time then you should be fine.

With the Note 20, while the overall specs are still high-end you’ll definitely feel the squeeze of the slightly lower price here.

However, none of the features we discussed so far should be labelled the worst part of this phone. The worst part is the launch price that Samsung picked. There’s no way that this phone should justifiably have the hefty price tag it comes bearing especially if it falls under the category of the Galaxy Note series.

We wouldn’t recommend you buy this phone especially when you have options like S20 Plus & OnePlus 8 Pro that fall in the same price range and offer far more impressive features and better value for money. But if you absolutely need an S-Pen and don’t wanna pay the big bucks for the Note 20 Ultra then this might just be the right choice for you.

All in all, it’s a pretty good phone shelved in the wrong price segment.