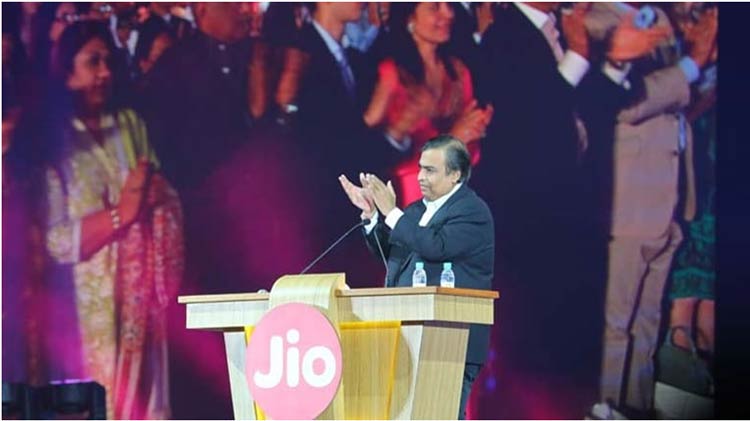 It is an awesome 70,000 crore INR investment in the world’s second largest telecom market where giants like Airtel, Vodafone, Idea, Tata and Telenor fight with one another to capture a population of over 1 billion.

But then there’s another difference. Ambani’s business model for Reliance Jio is fairly unique – both regionally and globally.

Before we look into his strategy towards telecom business, let’s discuss Reliance Jio’s major features and pricing: 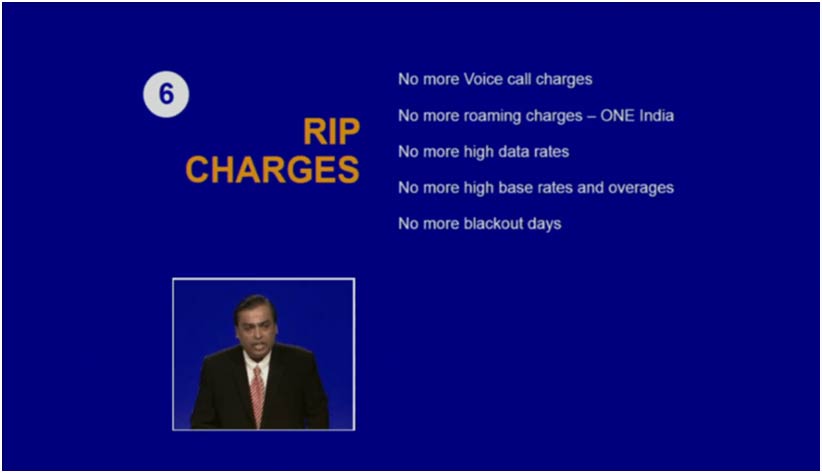 As a heavy user of data myself, I am most intrigued by Jio’s claim of offering the cheapest 4G LTE rates in the entire world.

Starting at an already impressive 50 INR per GB (or 78 PKR), their data rates reduce as you consume more data. Customers will even benefit from unlimited LTE data at night when networks are relatively less congested.

The idea is to meet the increasingly high data demands of India, which is a huge opportunity according to Ambani:

“Jio’s mission is to meet the exploding need of data for India, and to take our nation from data shortage to data abundance.”

Human’s data needs are only going to soar in the coming decades. Ambani understands this, and is offering what people want at an unbeatable price. This is one way of attracting a hundred million customers.

In what has to be an unprecedented move, Reliance Jio will offer completely free and unlimited voice calls forever to all local networks in India. It is a huge win for consumers, and a scary situation for competitors.

The announcement has scared the Indian telecom market, as competing telcos like Airtel and Idea rely on voice calls for majority of their revenue, just like our Pakistani telecom operators.

To give you an idea, Indian and Pakistani operators make about 70 to 85% of their revenue from voice calls.

Upper management at these companies have always been hopeful that data revenue will grow, but they would have never thought about an operator completely removing voice call revenues from its sheets.

This is probably why stocks of these companies in India went down 11% with-in a week.

Among other little niceties, Reliance Jio will give 25% extra data for free to students to encourage Internet usage. Mukesh Ambani even went as far to say data is like Oxygen for digital life:

“Life cannot survive without oxygen; data is the oxygen of digital life. So, supply of oxygen for digital life must never be unaffordable.”

The new operator is all about meeting the data needs of digital India. 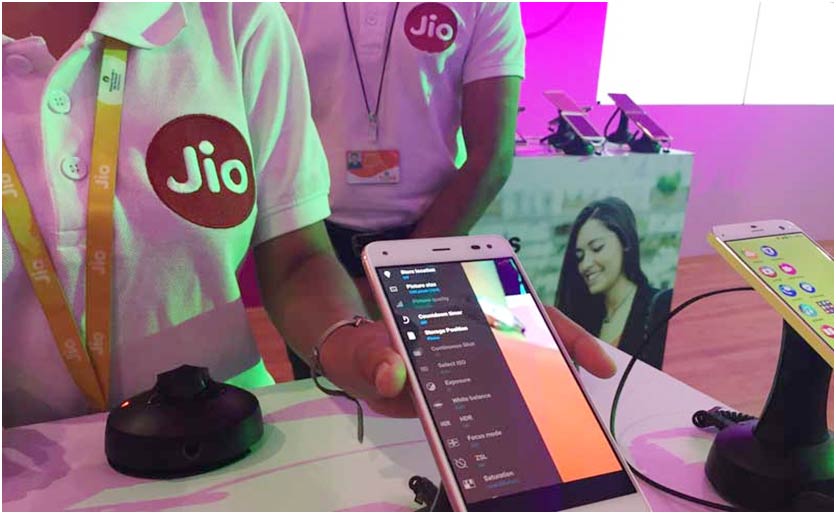 So, what’s the catch?

They say “if you’re not paying for the product, then you are the product”. It’s a phrase commonly used for products like Google Search which offer their services for free in exchange for user data which they sell for ads.

It applies to Reliance Jio too.

By offering free calls forever, and the cheapest LTE data rates in the world, Jio is making a bold move in focusing solely on data as their source of revenue. Of course, in this case, “data” stands for much more than just plain 3G/4G connectivity; it also means the monetization of user data itself.

Just look around the free services that you use. Google Search, Facebook, or even ProPakistani; where you don’t pay for the service itself, but your usage data is analyzed to display targeted advertisements. You become the product!

While we are not implying that Reliance will sell user data to make money, instead — just like Google does — it will consume user data for marketing purposes to support and boost other Reliance businesses.

Reliance Retailers – Reliance Industries’ retail division – is the largest retailer in India, with yearly revenues of several billion dollars. They have thousands of stores all over the country selling everything from groceries, car parts, jewellery, apparel, electronics, home and lifestyle products and more.

With Jio — and such telecom products at unbeatable prices — there are huge opportunities for Reliance to convert its telecom subscribers into regular retail customers with initiatives like JioMoney (a digital wallet), thereby indirectly making money for Reliance Industries, the parent company.

Converting telecom subscribers into JioMoney users is a high priority for Jio; they are already running pilot programs at smaller stores across India to prepare for the next stage.

What Pakistani Operators Can Learn

I am only going to repeat what Aamir Attaa has already said before in his columns: telecom operators cannot strictly remain infrastructure providers forever. They must innovate and look for revenues streams in products and services other than plain voice calls.

Voice calls are getting over.

While not every telecom company has the luxury of having a multi-billion dollar retail business, telecom operators can create partnerships with other sectors in a natural manner to grow their revenues.

As an example, assume if ProPakistani and other brands were to pay telecom operators – and not Facebook – for fetching traffic. Just imagine the amount of money operators could make by partnering with brands all over Pakistan.

Considering the user information operators have, ProPakistani and other brands can exactly identify their segment audience and target only those who matter to them.

Even better: build your own digital (or maybe even retail) products to expand revenue base because the number of people are not going to grow in a market, but telecom operators can grow the number of products they offer to customers.

Future is in diversification —  especially with mobile apps picking up —  voice calls are not going to sustain your businesses for long.

They early you learn it, the better you will do in later years.

Writer is the co-founder of PriceOye.pk – a price comparison startup. He enjoys writing about technology, entrepreneurship, and personal growth, and is an avid UX designer