Based on lower than expected ROI, taxes, stiffening competition and lack of innovation, telecom companies have slowed down the pace for rolling out 3G networks in newer areas as compared to previous year, we have learned through recent interviews with multiple c-level executives of the mobile phone companies.

3G services from various operators reached 250 cities and towns during first 14 months of spectrum auction, however, during past three months not many new locations were added to 3G coverage and there are two main reasons for this strategic shift in roll-out policy of telecom operators:

This whole situation indicates that telecom operators, maybe for the first time in Pakistan’s history, have become over cautious to a point that they have given up their committed network roll-out plans.

Prevailing business conditions have pushed them to take extra-ordinary measures in reducing costs, maximizing profits and to take steps that were never considered in past.

Let’s see how we reached here and whether there’s a way out of this.

We have talked enough about how taxes are impacting the usage patterns and telco’s revenues, but just to put things in perspective, internet prices increased by one third after June 2015 due to these new internet taxes.

Naturally, while we don’t have factual data to prove this but if we consider basic rule of economics, internet usage in Pakistan must have dropped down by proportion the prices went up.

And that’s not all. Import duty on smartphone was doubled this year, there’s new 8% minimum tax introduced on services this year and then tax rates were increased from 5% to 25% on telecom equipment just last year, making it extremely hard for operators to keep up with their planned strategies.

One of the top two ranked Pakistani operators clearly told me that it has re-done its strategy for 3G rollout and newer cities will take a lot longer to get 3G services. “We have halted new roll-outs”, the company explicitly said.

While explaining the reason a high-up of a telecom operator said that new investments are committed only after approvals from group level. With these new taxes, that are up to 33% of actual prices, holding groups are now reluctant to invest in Pakistan as their ROI from other markets — where they operate — is far more lucrative than Pakistan.

“Telecom industry is being surprised by the government with either new taxes or regulatory hiccups every six months or so for last few years and this is a not helping us at all in convincing our groups for allocating new investments for Pakistan”, said the official.

He explained that if you look at investors’ interest, when he has several offerings on his table from several markets including Pakistan where market is uncertain, high taxes and all sorts of political issues, he’s not going to risk his money in Pakistan.

“More than 50% of mobile operators’ revenues go into taxes, duties, license fee or other sur-charges, which shows that our revenues are cut half at the very beginning”, expressed anther c-level executive of mobile phone company, whom I can’t name because the conversation was off the record. He further added that remaining half of revenues are then used for operating expenses to keep the operations running to ultimately squeeze margins to some of the lowest in the world.

Low Returns Due to Price War

Other than taxes, Pakistani cellular industry is currently undergoing a bloodbath due to fierce competition and price war among each other to further deteriorate the margins to a level where existence of some operators is in danger in the long run.

Pakistani operators are in state of price war for over half a decade now, especially after Zong started its business in Pakistan. However, things weren’t as tough as they are now because price war in voice-dominant market started after several years, giving the operators enough time to settle down.

This time, however, mobile companies ran into combat with-in three months of 3G/4G auction and started betting on prices for data services right from the beginning.

Price war for data services is especially dangerous because it is not only lowering the ARPUs, that’s damaging, but what’s more damaging is the fact that consumers’ shift from conventional voice and SMS services to smartphone based apps is not being compensated through data revenues as telcos are selling GBs of data in just pennies.

Consumers’ shift from usual voice and SMS services to smartphone based apps is a global trend, which was bound to be followed here in Pakistan too. But what’s different here in Pakistan is that data rates are ridiculously low and hence the shift from conventional services to apps further is lowering the overall revenues of telecom companies. 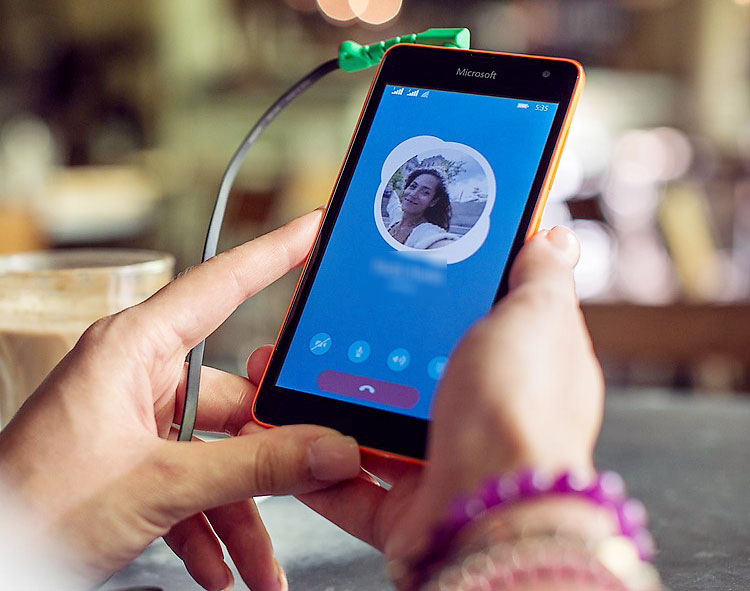 Price war for data services is lowering the ARPUs, that’s damaging, but what’s more damaging is the fact that consumers’ shift from conventional voice and SMS services to smartphone based apps is not being compensated through data revenues as telcos are selling GBs of data in just pennies.

Hence, by simply assuming that usage-shift from SMS/voice to apps is a global trend and we will be doing okay as the west did is not entirely correct.

This impact of revenues drop from conventional services might not be visible as of now as 3G users’ number is currently low as compared to overall mobile phone users plus there’s not much awareness among the consumers, but don’t get surprised if data services start impacting telcos negatively in just few years from today.

How to Deal with This?

While every telecom company knows the problem, and they keep telling me that price-war has to end but its hard for them to take the initiative to set an example for others.

From previous track record of Pakistani operators we know that telcos can’t tackle the situation themselves. We know that they won’t learn the lesson, instead they will keep reducing the prices to ultimately put their futures on stake.

Pakistan Telecommunication Authority is probably an answer. In fact one of the operator once asked them to play a role but it appears that nothing much is being considered on regulator’s part.

PTA agrees that this price war should be put under some control, and there were some regulatory changes made in laws but nothing concrete has been done as of yet.

PTA, if you may allow me to speak frankly, thinks that price flooring will earn them a bad repute from customers, who are in millions. And they don’t want to get controversial for doing so.

But, in my opinion, PTA has to play a decisive role here. Since operators can’t deal with the situation themselves, its PTA’s responsibility to save the industry or there will be no industry.

Considering that PTA has to keep a balance between consumers and operators with a responsibility of safeguarding the interests of both of them, time has finally come to put a control on price to save operators.

Why Consumers Should Be Concerned About Price War?

End user is apparently the ultimate beneficiary of the price war as he is able to enjoy limitless calls or data for just few rupees, but there’s a compromise he/she is making against these low-rate calls and data in the long run. Keep reading to know further.

For example — with lower prices — you should expect lower quality of service, lack of new services and most importantly lesser number of 3G covered cities, especially in rural areas where 3G was required the most.

We need to understand that telecom companies are business entities and they won’t offer us something that’s commercially not viable for them.

While we may think of low prices as blessing, which they are, but such blessings are for short time only as ultimately we will have to pay the price in shape of lesser and degraded services.

We get emails from our readers, on daily basis, asking us that when 3G services will reach their areas, as a reference look at following email from Muhammad Asif:

And unfortunately I don’t have an answer to such questions now. If you have 3G service in your area then imagine those who are waiting in the queue and now they will have to wait only longer to get their hands-on the 3G services.

This is the kind of cost we, as consumers, will have to pay because operators won’t invest until its not viable for them.

Lack of Diversification in Revenue Streams

Other day I was sitting with a top official of a mobile phone company and asked him if his company could come up with an online ecommerce store? He straight away said NO by explaining that his company isn’t experienced in e-commerce business and would rather stick to things they are good at.

Rather surprised, I asked a follow up question that you are in mobile financial business, which was not your area of expertise just a few years ago, then why not e-commerce business? He thought that there’s already too much on platter and things will only get complicated if we start another line of business.

While some may not agree but I think this kind of reluctance is costing telecom operators a big chunk of money.

Telecom companies in Pakistan compare themselves with global operators who are service providers and they don’t do much except than managing the networks, but market dynamics in Pakistan are different that require localized approach towards doing telecom business.

For instance returns in telecoms are low here, which could be the sole reason of getting into new relative businesses to discover new revenue streams. Such new ventures (such as e-commerce business, surveillance products, content generation, cable and TV services etc.) could be augmented through their core services and vice versa.

Additionally, as compared to western markets, entrepreneurship and VCs in Pakistan are in its nascent stages, leaving a huge room for telecom players — with good pockets — to tap into unexplored segments. Good thing is that they can start slow and low and then keep pouring in money with time to expand their other-than-telecom businesses.

Just to back my argument, one can look at Ooredoo from Qatar that diversified its business by partnering with Rocket Internet and investing into startups with focus in growth markets.

Imagine if a telecom company had started a video-sharing service back in 2010, how big it could have gotten by now. Or say a game-studio or a news website or an ecommerce company by a telecom company few years ago could have built a solid alternative means of revenues for them by now.

Starting even now wouldn’t be a bad idea. Its just that they will have to get out of their corporate masks and adopt a startup like mindset to explore untapped Pakistani market that posses billions of dollars in potential business.

Pakistani telecom market has huge potential, it has a chance of becoming top 10 global markets in terms of internet users with-in few years. But this is a decisive time today. All stakeholders (government, regulator, revenue boards, operators, vendors) will have to prepare themselves for the years to come.

Decisions made today will define how we perform during the decades to come. And since telecom industry is at the core of all innovations, it has a responsibility towards the people and economy of the country, for which government, regulators and operators will have to work jointly for the betterment of everyone.

According to one CEO of a company, if taxes are not dealt wisely and if price war isn’t tackled amicably then at least one telecom company will get out of business with-in just next three years. While others will squeeze their costs and operations so much that an employee won’t be sure about his job while going to office in the morning, which is literally the case already.