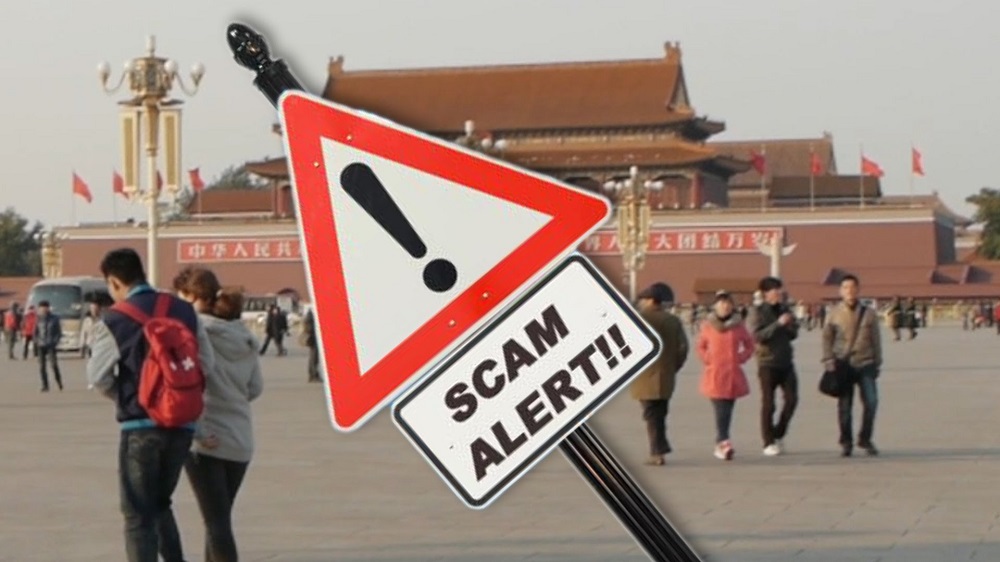 Zahir Ahmed, CEO of a private company, was busy at work as he received a couple of text messages on his phone from a bank, which reported a transaction of $350,000 from his account to a city of China.

He was surprised to read the messages because he hadn’t used his credit card recently for any transactions. He checked his credit card if it was stolen or misused but he was shocked that his card was present in his wallet.

Muhammad Ali, a customer of the same bank, also suffered the same when his phone buzzed and reported a couple of transactions from his bank account. He got surprised as his card was also in his pocket. He used this debit/ATM card at a shopping center a few hours ago and couldn’t make sense of how his card magically operated itself.

He was one of the nearly 600 victims of ATM fraud who faced the same fate recently. Like many, he approached his bank, Habib Bank Limited, and received a reluctant assurance,

Sir, we have received your complaints and investigate into the matter. Your money will be refunded in few weeks.

These are a few cases that are part of the recent scam reported in the banking industry in which a significant majority of the people lost their money. Total damages amount to nearly Rs. 10 million. 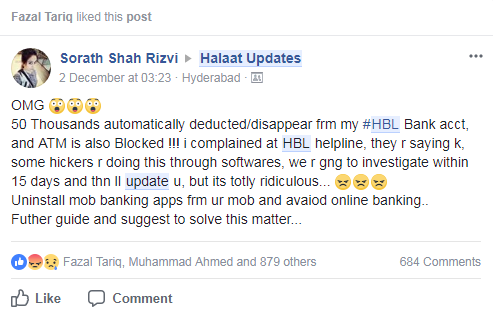 HBL Officials were also surprised about the incident. They were looking for reasons as to how the bank’s system was hacked because there was no such thing reported in the past.

Perhaps this is a side-effect of what the bank’s management was happiest to do: setting up a branch in a city in China, which has apparently no connection at all.

According to the reports, the investigation unit of FIA was confident that Chinese nationals could be behind this attack since they had solid evidence including the CCTV footage of the ATM booths.

Chinese nationals, along with their local Pakistani partners, are doing these activities under “joint-ventures” under CPEC.

Earlier this year, FIA also arrested a gang of Chinese people who had installed skimming devices at the ATM of Bank Al Habib installed in a busy area of Karachi.

The alleged involvement of Chinese nationals in criminal activities is not limited to bank skimming activities but it has spread in other directions too.

These are a few cases and many could be under-reported too, unfortunately. It is sad that as more Chinese people come to Pakistan; more criminal activities will be increasing in the country.

Pakistan’s agencies nabbed few of the alleged criminals but this can not be controlled because the criminals are using more sophisticated technologies whereas we have limited resources.  In major cities, such incidents could be controlled but the situation will go beyond imagination if it happens in rural areas.

Besides, such incidents fueled the widespread rumor that China will use its jailed nationals as laborers force for executing various projects. And this will cause a sense of hatred for Chinese people among the Pakistani people, which is not good at all for their long term business relations.

Like in Pakistan and throughout the world, corruption is rampant in China too. The country and nation are progressing though because there are strong and have active institutions of accountability and punishment.

In the most densely populated country of the world, more than one million people were punished on different charges by the authorities in 2016 and more than 210,000  government officials were punished on the charges of corruption so far in 2017.

What LEA’s Should Do in Pakistan

As Chinese authorities are strict to punish their citizens for committing crimes and corruption, our Law Enforcement Agencies (LEAs) should establish a strong linkage with these departments and recover the money of Pakistani citizens.

Our LEAs should also gather comprehensive data of the Chinese nationals visiting Pakistan, including details of their business and residence.