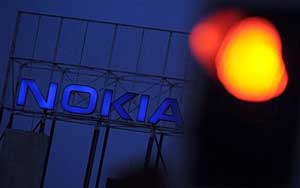 India and Pakistan share not only the history and culture but also the way people of both countries think for specific matters. Governments of both nations judged the demand of Telecom and IT, very early, somewhere in mid nineties. But when it comes to execution and better planning, India just crossed Pakistan.

Though India has quantitative advantages, but now at this point of time, it is well set as 6th biggest exporting nation in IT products. As the largest telecom market, India is the center of attention of all the big companies of the world. India is steadily following the policy of IT exports with a target of 42 Billion US$ in 2012. If Pakistan continues the same strategy, she will exceed only 5 billion US $ IT exports.  However chances of getting this target are very little.

Another direction which was lately eyed by India was to follow the mobile manufacturing. In late 2004, India decided to start manufacturing low cost mobile sets which took off very quickly and soon became a challenge for neighboring country China.

According to a US based research group Grtener, in the last 12 months, Indian handset production has increased by 68%. If this trend continues, India will cross the European market in next 3 years in handset manufacturing, however only in low cost sets.

For records, it merits mentioning that during 2006 India produced nearly 31 million mobile sets which were of 5 billion US dollars in value while 2007 saw a growth of 3 times higher then the previous figures i.e. 95 million low cost handset.

In April 2005 Finnish company elcoteq was the first company to set up a telecoms manufacturing unit in Bangalore, quickly followed by Korean giants LG and Samsung, before market leader Nokia also got in on the act in 2006.

These handsets plants in India are not only catering local market’s demand but Nokia has begun to export Mobile Phones from Chennai (Madras) to the Gulf States and Africa. In addition, there are a few locally branded phone vendors and manufacturers such as Spice, Usha Lexus, and BPL that are either manufacturing to serve local and international markets.

While in Pakistan, we have different story, all these handset companies are earning millions of dollars from Pakistani market but no one is ready to set up a manufacturing plant in Pakistan. They are just opening sale points to push Pakistan towards a consumer market.

Here, in my opinion, PTA and government of Pakistan made a strategic mistake by not encouraging mobile phone manufacturers for investments in this country. Although its apparent that we could fetch at least one mobile manufacturer due to demand (especially the low end handsets’ demand) few years back, but we focused just the cellular companies.

To be factual, I believe it’s not late even now, specifically, in a scenario where we have around 50 million (actual mobile phone subscribers – as per some speculations), cellular companies expanding their networks to explore un-served regions; there is for sure a demand for low end handsets.

Also we see revenues coming from cellular companies have poised, Government of Pakistan should un-turn new possibilities to bring in the investment into country.

Obviously these landmarks can’t be achieved in days or weeks, but the regulator and the government need to follow a strategy that might attract mobile phone manufacturers to come into Pakistan. For the purpose, we need to

It is a welcome change by the present government that they have adopted a policy to encourage foreign investment in mobile handset manufacturing in Pakistan and Board of Investment has called a meeting of leading companies like LG, Nokia, Siemens Group, Telecom Foundation and Advance Telecom in Islamabad and asked them to consider the move in this direction.

If the board of investment and the government can offer these incentives we will be able to attract billions of investment from these companies but billions will be saved annually. It is estimated that after 5 years will be earning more then 5 billion dollars through the exports of these mobile sets and we will have a broad technical base as well.

Other then this government should also follow the policy of favoritism in the best interest of the nation. They should make it compulsory to manufacture low end handsets in Pakistan to allow imports of high-end handsets.

Once deployed, handset plant comes with a package that can do wonders to any economy, as they bring in other industries along, such as, component manufacturers, circuit designers, accessories, packaging, software industry to cater mobile software requirements, R&D, countless jobs and so on.

So the roadmap is there, requirement is there, and possibilities are there…what we can do is to get them in quick time to further strengthen telecom industry in specific and economy in general.

In the end this is my humble suggestion to the ministry of investment and Finance to kindly take action. We have the man power to prove our point. Please invite EOI for this purpose, and then many companies will come forward to invest.
As we all know that you have nothing to do but the advertising agency will make it possible if you wish.  For God sake do the due…..

Government is negotiating with Chinese companies to set up manufacturing plants for cell-phone sets in Pakistan. Federal Secretary for Information and Technology Hifz-ur-Rehman informed the media persons after workshop conducted by SAS here on Tuesday.

He said that government is negotiating Chinese cell-phone companies including Zong, China Mobile and Hawavay to set up manufacturing plants of handset in Pakistan.

Mazhar Hussain, Country Manager, SAS Pakistan delivering a keynote address said that SAS had the programmes that could help identify the terrorists and patrolling borders of the country. He said that its programmes could also help forecast the requirements of country regarding oil, gas and electricity based upon past data. He said that SAS has also developed software that could enable the banks to prevent robberies. Achieving these goals requires faster and improved decision-making ability across the entire organisation, he said. He noted that unfortunately in many organisations, departments continue to operate in information isolation. Existing enterprise systems are often not linked and software packages are not integrated. Decision-makers have difficulty getting consistent and accurate information that they need to make informed decisions quickly”, said Mazhar Hussain.