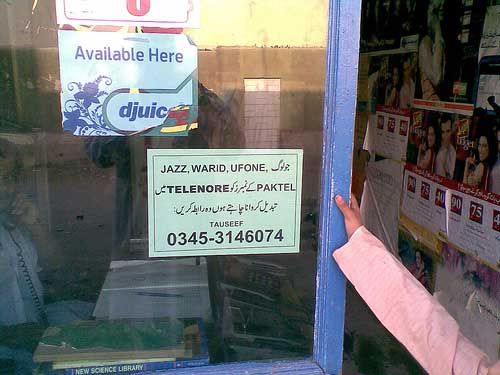 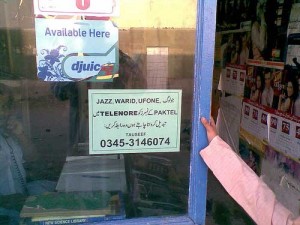 Although, there is no certified data for total number of PCOs in Pakistan, however it is estimated that over 2 million PCOs are working in the country. Every 7th shop is PCO and every town which has at least 10 shops, you can easily find a PCO or related business like easy load or scratch cards shop. It is worth mentioning here that from almost every shop you can at least find scratch card.

Islamabad is the capital city which has different mood and attitude of business and people. Last month when I visited Islamabad, I was stunned by the fact that even at the small restaurants, you can get easy load and scratch card. Some fruit shops are also offering these services. Actually that was the point which inspired me to write about this industry and its potential and role in creating jobs for the unskilled and unemployed youth in all parts of the country.

Today, I want to share a story with my readers… it’s about Shahid Ahmed Tareen, let me introduce him and his business first.

Shahid Ahmad Treen was jobless for 3 years after his business got failed in the posh area of Islamabad. Those were really hard days for him as his bread and butter was in hard situation. A man who has faced such a situation can only imagine the worst feeling in such circumstances. As he had lost his capital in the business, so he decided to pick a business model with low investment but with due return to carry along his wife life.

With economic boom and telecom growth expanding and accelerating every corner of the country, Shahid also got benefited from the opportunity. Now he has one of the best businesses in a town near Islamabad highway. He was very happy to tell me that he is earning a handsome amount from his little shop. His business is not only limited to telephone calls but expanded to easy load, mobile handset sale and purchase, scratch cards and what not. He has the best selling PCO with a sale of over Rs. 35,000 a day. This is only one example of what a new technology can do in our society or anywhere else.

Shahid Tareen told that he is selling 200 units of PTCL and 600 units of other mobile operators as a calling center. He has an average sale of easy load with Telenor Rs. 7000 daily, Rs. 5000 of Jazz, Rs. 4000 of Ufone and Warid while Zong has 2000 Rupee.  These figures shows that Telenor Pakistan is still leading in easy load and others are far behind then Telenor Pakistan.

He told me that most of his telephone units are now wireless. As major card pay phone companies have shifted their Public Call Office (PCO) business from fixed line telephony to Wireless Local Loop (WLL). This depicts the decreasing influence of PTCL in telecom sector.

After a good conversation, I found certain flaws in PCO business, which still has tons of potential in it. Their commission or margin for selling scratch card/easy load should be increased, which is currently just 3 percent.

I would like to forward some suggestions to PTA which has the mandate to regulate and facilitate the telecom sector.

Thus we can not only promote this industry but job opportunities as well.