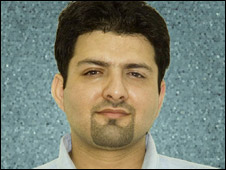 As political tensions escalate in Pakistan, many bloggers have turned their efforts to providing live updates for citizens concerned about the situation.

The long march live update service compiles the latest news reports with comments and messages from people directly affected by the security measures.

Blogger Awab Alvi who publishes his, Teeth Maestro blog from Karachi, says he set it up because he felt the public needed one place where everything could be viewed and where information could be shared.

“We have people contributing key bits of information from news reports and people reporting from the ground… I got an SMS from one guy who was arrested just before it happened. We get information from people in Lahore and Islamabad. There is a lot of frustration out there,” he said.

Online activists are encouraging citizens to SMS their experiences and plans to a central number and their messages will be posted on a designated protest website.

Pakistanis are also posting their views and their updates on what they call the “long march” on microblogging site Twitter.

Student and social activist Awais Naseer is in Rawalpindi and has been regularly updating people following him on Twitter about the arrests in his hometown and in its twin city, Islamabad.

“I have direct contact with people in opposition political parties and in certain other organisations and the homes of these people, party workers, are being raided,” he told the BBC News website.

Also in Rawalpindi, political activist Faris Kasim said that he still planned to take part in the rally.

“We may not be able to gather now but we are keeping in touch through SMS. I have an air ticket for Lahore and I will leave for Islamabad.

“I don’t think us citizens will be targeted unless we were part of a big crowd. I know it can get dangerous,” he said