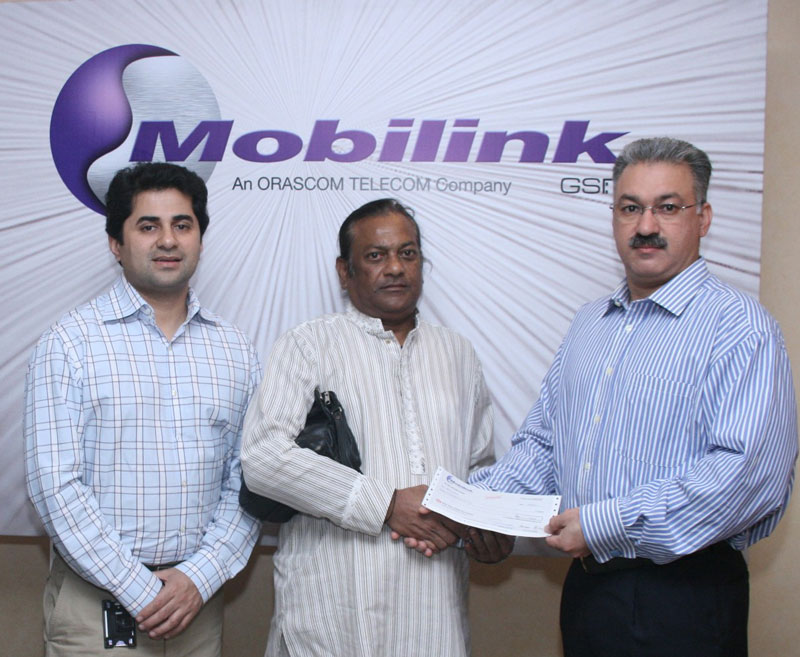 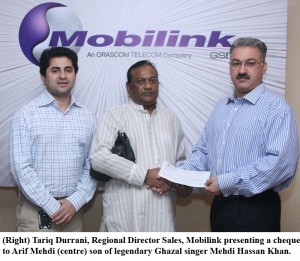 Mobilink presented a sum of Rs. 500,000/- generated through a special Pakistan Day fund, to the family of Mehdi Hassan Khan sahib, a true living legend in Pakistan. The King of Ghazal is convalescing after recovering from an ailment recently.

The legendary superstar has been hospitalized since 13 Feb 2009 due to illness and old age. On the occasion of Pakistan Day on March 23, Mobilink paid homage to the services rendered by the maestro by airing his evergreen melody “Yeh Watan Tumhara Hai – Mobilink video”.

Omar Manzur, Director PR said, “In order to enable our customers to show affection for the great master, Mobilink launched an SMS service whereby people sent SMS messages to contribute towards a special fund, which was handed over to his family recently. The love and affection bestowed by the people of Pakistan is ample proof of his yeoman services to classical music in Pakistan and to the country at large.”

Mobilink has played a pioneering role in recognizing the services of several other legendary Pakistani musicians, artistes, sportsman and others who have contributed immensely to Pakistan’s well-being over the year. “It is our duty as a true responsible corporate citizen to help living legends like Mehdi Hasan Sahib who truly has made us love and enjoy the art of Ghazal,” said Omar Manzur.