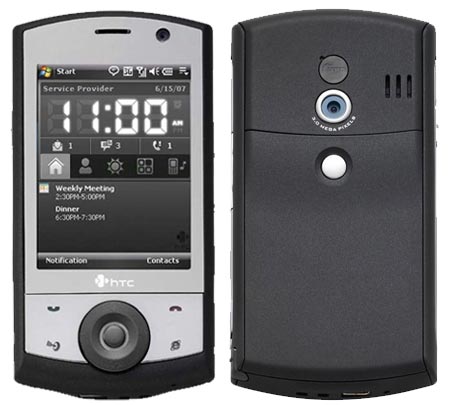 This touch resistive screen phone is designed to facilitate the end user with maximum finger-based navigation system and with extra feature like 4 way wheel, somewhat like jog wheel of blackberry. However, Pocket PC has offered everything in one single pocket PC loaded with 256mb ROM memory and expandable memory till 4 GB Mini SD CARD.
For using data modes, pocket PC has everything, you can imagine how nowdays data modes are used ranging from GPRS, Wi-Fi , Edge, 3G HSDPA , Bluetooth but with no Infra red options. As infra red is almost obsolete; however people use it for remote applications, which are usable with existing TV in the home.