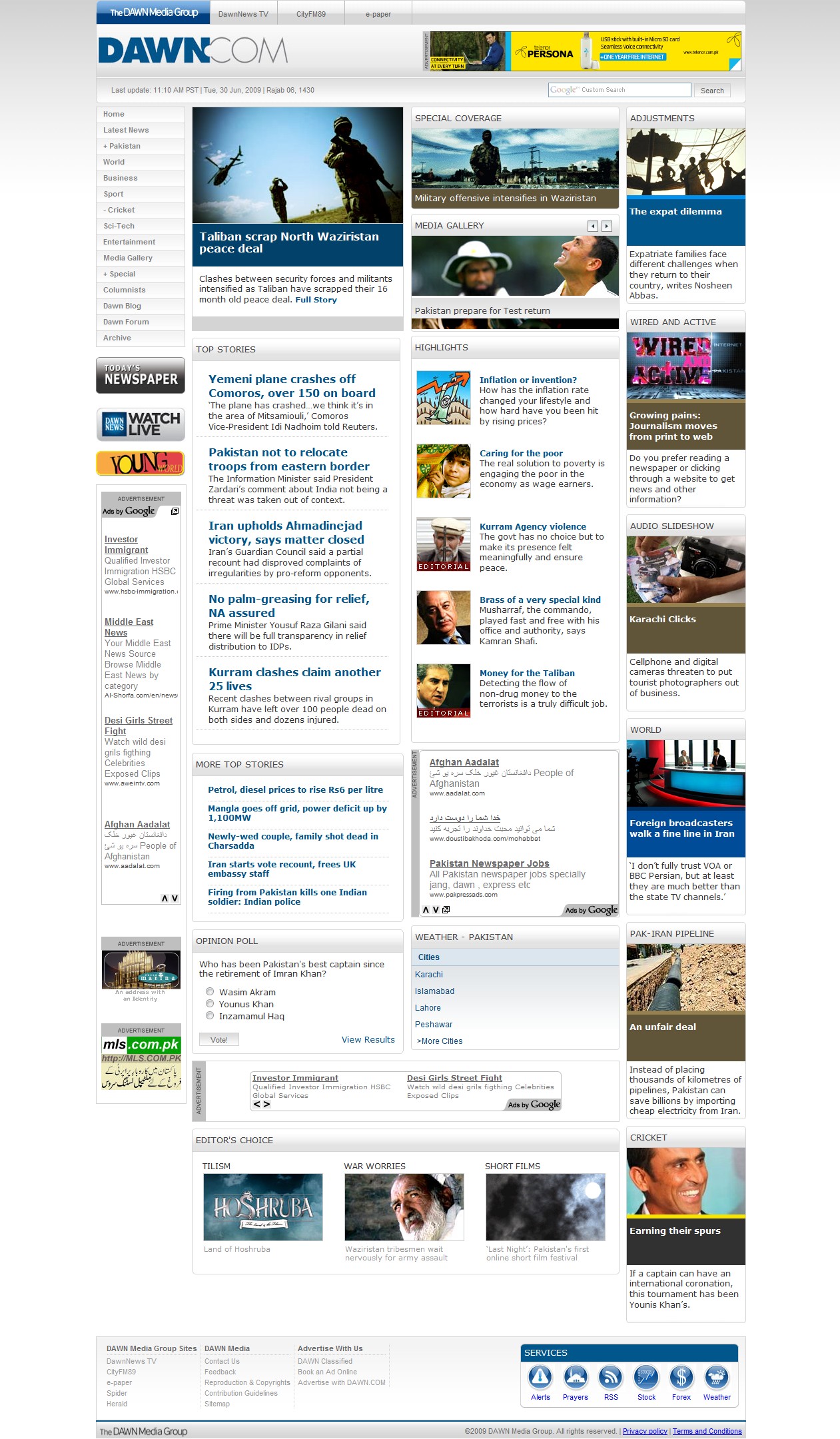 An Introduction to Social Media

Social media means online content created by a distinct group of individuals using web based tools and technologies. Social media is a mix of technology and sociology which has enabled people to express their views by publishing their thoughts, feedback and criticism about any person, news, products, services, etc.

Social media is a change from one-to-one discussion to many-to-many discussion. Social media has helped people make online friendships for personal, or contacts for any business. To make all these things possible social media networks are available for people to achieve their goals.

Today I will only discuss networks that can help online publications in Pakistan to leverage their business and get complete benefit from them in both readership and monetary terms.

In present time spending money on advertisements is tough for any business (publication) and this is why role of social media becomes more clear and important. Social media is the cheapest outlet for any online business to achieve all those targets which were previously done by spending huge money.

I’m taking Dawn.com as a case study to completely describe the importance of social media networks for it. This case study will suit fit for other publications as well, including, Daily Times, The Nation, Geo TV and others. For Dawn three networks can play a huge role to expand its readership and its revenue which are Digg, Facebook and Twitter. 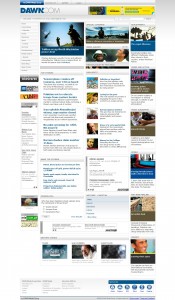 Dawn.com is the Internet Edition of Dawn, a leading daily English newspaper of Pakistan. Recently, Dawn revamped its online look and totally changed the layout of its web page. Now it’s more user friendly, letting readers to explore and find all the relevant news they are looking for and its soft blue and grey color combination is pleasing to the reader’s eyes.

As a whole Dawn tried to give it a more web2.0 look and no doubt they did it quite well. Dawn serves news from around the world ranging from current affairs to entertainment, sports to technology etc.

According to Alexa.com Dawn receives 55.5% traffic from Pakistan, 16.9% from India, 14.0% from USA and remaining from other territories. It is 50th most visited website in Pakistan. From these stats it is evident along with Pakistan, almost equal number of visitors land on Dawn.com from other countries, which shows that Dawn is not only for Pakistan but is a news source for people around the web.

Firstly, I would like to point out few things which can make Dawn.com more user-friendly:

Now, let’s move onto the importance of the selected social media networks for Dawn.

How Digg can benefit Dawn:

Digg is news sharing social network where people from around the world submit news stories, images and videos in a vast variety of categories and then other people vote those stories towards the Digg FrontPage.

There are more than 300,000 users on digg who submit hundreds and thousands of stories daily but only around 200 stories make to Digg FrontPage. It won’t be wrong if we regard these stories as the luckiest ones.

But Digg FrontPage is a very powerful thing for the respective story and the source as a whole. Let’s outline some of its benefits:

Till date Dawn has been submitted on Digg for 222 times from which it got FrontPage only three times. The first FrontPage it got in late 2005 and the two most recent it got in the month of June which were submitted by me.

It merits mentioning here that the latest FrontPage which Dawn got was about the T20 win of Pakistan. That news was submitted from many big sources like BBC and others and were submitted by many power diggers but only Dawn got FrontPage in just 1hour and 48minutes.

Following are the links to FrontPage stories of Dawn on Digg.

So over all Digg is a source which can take a news site to next level. News sites like Chicago Tribune have social media teams which promote their stories on Digg.

Facebook is social network which enables users to connect with each other and share pictures and many other things. In recent years Facebook has evolved a lot, it has bought many new features.

Today, it is up to this mark that even Google has a threat from it and has failed acquiring it. Facebook has grown at a very rapid pace. There were networks like this before but Facebook has a very strong influence of every one’s life today.

From the CEO of a company to a normal house wife has a Facebook account which he/she uses for many purposes. Facebook no doubt is the most famous social network in Pakistan. To be more precise according to Facebook interface reports most recent stats say there are 559,680+ active users from Pakistan. And total internet users in Pakistan are 5 million+. So it is clear that huge audience can be targeted on Facebook.

Let’s outline some of it’s benefits:

There are many smart ways to cater the needs of readers which make the page hot and tons of fans add up daily. I checked if Dawn has a Facebook page but I wasn’t much surprised as Dawn does not have any page not even a group.
(By the way, I would say a complete no for Groups for any brand, because pages have been introduced to cut the problems which were available in groups)

Twitter is the most recent and rapidly growing micro-blogging social media network. It’s very simple and the concept is just to let people update short 140 character messages to keep connected with friends, family and co-workers.
It is not that famous in Pakistan because of lack of awareness. But with time it will also become a hit. The thing which keeps people sticked to it are that it can be used anywhere.

On computer there are tons of apps which can suit your taste, otherwise you can even use twitter on any simple wap enabled mobile.

By the way when I checked Dawn already has a twitter account but it does not look that engaging and active. It is managed by Dr.Awab and it can be found here. Don’t know if it is actually started by Dawn news itself. With a few things this twitter account can drive a lot of traffic to Dawn.

Let’s outline some of it’s benefits:

Social media if used in the right way and with transparency can be a real change for Dawn and sites like it, which can not only return them with thousands of dollars as monetary, but also with influential return.

Zeeshan Shafquat is an author of ProPakistani. Apart from this he is a social media expert and helps businesses achieve their goals via social media channels.