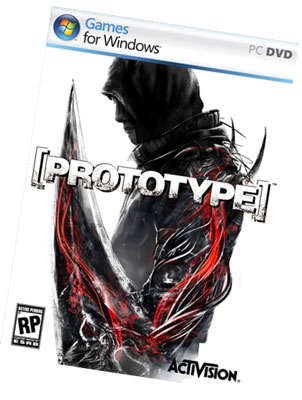 Radical Entertainment launched a fantastic game named Prototype on 9th June 2009 in North America and on 10th June they launched their number in Europe. Game is basically a sandbox-style action game but it differs from many aspects from other sandbox-style action games. Game was released on different counsels such as WINDOWS (PC), PS3 and XBOX 360 later on game was released in Australia.

Game has got very good response regarding its reception, well formed action and wonderful open ended game play. Game spot and other websites has given 8.5 or 9 grades out of 10. Critics have tried hard to find something bad but they couldn’t, there are some factors which frustrate the player and no doubt game is a bit similar to Resident Evil and Spiderman but ProtoType has got its own individuality and has something new and extra ordinary in it. Different kind of story and its reception makes game more interesting.

Storyline of the game is very interesting. Game is set in the city of New York where some sort of virus has attacked on the city and people are getting infected with that virus. In the game the main character is ALEX MERCER means you have to play as Alex. Story starts when Alex finds himself in the stage of Amnesia (a condition in which human memory do not works properly) in a genetic engineering company (GENTEK).

He wakes up and tries to escape from there in mean while he fights with soldiers. Alex finds that he has extra ordinary super powers in himself Alex has power to absorb the powers, skills and abilities in himself. Alex can take the shapes and all the skills of others and now Alex has to find out who was the responsible for his condition. In this game Alex has to fight with two enemies at a time one is the Special Forces named BLACKWATCH (Special Military Forces).

Alex uses all the powers and absorbing skills to find out the truth. Dana (Sister of Alex) gives Alex the people who can be useful to bring back his memory. During this Alex finds his ex-girl friend Karen, Alex didn’t know that she was working for BLACKWATCH – she injects Alex with cancer and then after a bit long Dr .Ragland helps Alex to get rid of Cancer.

After all this Alex finds that DANA is kidnapped well as the story goes ahead Alex finds out his past he finds that he was a employee of GENTEK and Alex was shot by the forces and the virus went into his body accidently and he becomes a person like this and the story continues because telling you the whole story could be a cause of interest minimization……..

Game is really different from other Sand-box Style games. 1st difference is that the player can change him into any character and can absorb the skills of any person even of his enemies. Combat system is quite well organized. Alex’s combos and way of tackling his enemies is very much appreciated by the players. Alex arms turns into the dangerous blades while absorbing the powers of others.

Critics found some mistakes in the game such as repetitive game play, they also declared the story line is weak but they admired the game. Most interesting part of the game is when Alex gets into flashback of his memory open ended play also pleasures the users and. In the game sometimes you have to fight with 3 enemies at the same time you have to battle with the Special Forces, choppers and the infected people.

You can earn bonus points from the missions and can new weapons and new abilities. Extra ordinary action speed of the character creates more excitement into the user and fighting with the tanks, choppers, enemies and zombies at the same time totally changes the definition of sand-box style…..