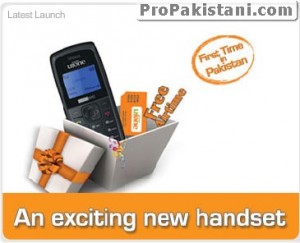 Ufone has been offering bundle offer of Huawei Handset, Ufone SIM and the free balance for Rs. 1,200.

Offer has been fairly popular amongst the masses, and service centers were out of stock due to high demand of the package.

These phones came with a glitch for customers, that they could not use any SIM other than Ufone on these handsets – meaning that these handsets were network locked by the manufacturer, that is Huawei.

However, in a recent development, a mobile phone technician from Faisalabad has unlocked the handset, and made this Huawei manufactured handset able to work with all networks.

We happened to speak with the person who is actually doing this unlock, requesting the anonymity he told ProPakistani that he has got this software that can unlock Ufone Mobile Phone in less than a minute. He said that software has spread its root to Lahore, Karachi, Islamabad and other major cities of Pakistan.

When we asked him if he is fearing any legal action from Ufone, as this may harm the company, he said, everyone is doing it, “When you enter the main Kachehri Bazar in Faisalabad, you will see banners of such shops who are offering unlock, so why should i worry when there are plenty of others doing the same without any fear”, said the mobile technician.

When we asked him the price of unlock he said, we demand Rs. 500 initially, however, negotiations go around and deal closes near Rs. 300 or Rs. 200 at most – “200 say kam kabhi nahi kartay“, he emphasized.

Similar unlock activity has been reported in Lahore too. While speaking with ProPakistani, a mobile phone shop owner refrained from telling the process of unlocking, terming it a professional secret, however he claimed that there has been a process of successful unlocking the Ufone’s handset.

It may be recalled that Ufone was offering locked handsets, meaning that customers could not use this handset for any mobile operator other than Ufone. However, with unlocked handset, they can use Zong, Mobilink, Telenor or Warid too.

On other side, this unlock is going to cost Ufone fairly high, as Ufone was subsidizing these handsets. As per sources Huawei was selling this at Rs. 1500 to 1600 per handset, which Ufone was further offering for Rs. 1,200 to its customers.