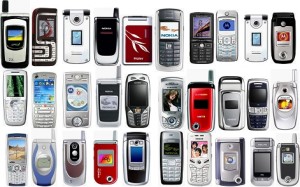 The China-made handsets have proved to be a nightmare for the business of other famous brands with their ‘china price’, advance technology and multiple features.

The sales of the Chinese mobile sets have been increasing constantly with its growing popularity among the middle- and lower-class customers for the last couple of years.

The second copy of branded cellphones has entered the domestic market along with its unique feature of dual SIMs system, which has attracted a lot of customers.

According to dealers of Empress market, the Chinese handsets of different brands are available from Rs 1000 to Rs 15,000 depending on variety and quality. The number of Chinese brands is more than 50, which are usually imported but there are some 15 brands that have captured the local markets.

A dealer, Mohmood Querishi, said the middle class customers are attracted by the handsets, which cost between Rs 5,000 and Rs 10,000 and have features of branded mobile sets costing Rs 20,000 to Rs 40,000.

Initially, some Chinese brands were short-lived and equipped with poor battery, which retained the sale of branded mobile sets in the local markets. However, the dealers gradually started importing good quality gadgets from the same country that lead to a staggering spike in the sales, he added.

A retailer, Adeel Ahmed, said the mobile sets appeals to the masses who cannot buy Rs 30,000 original brand of iPhone but they can afford Chinese made iPhone in just Rs 10,000 to Rs 12,000 only with one year warrant.

He said the sales of Chinese brands has remained more or less the same despite after-effects of economic slow down and poor law and order situation of the country.

The indigenous gurus of handset repairing have also learned the art to reinstall different software, which is facilitating a number of Chinese made customers particularly in Karachi.

A number of Chinese made different mobile phone accessories of lowest cost have also dominated in the local markets. Besides low cost of handset, the illegal ways of imports of handset also have soared in the country particularly in last two years after the government imposed duty on it.

In the last fiscal year, the handset imports witnessed decline of more than 75 percent compared with its previous year.

Although the government cut the duty on handset from Rs 750 to Rs 250 per set but its imports through legal channel were not revived.

By the end of first quarter of the current fiscal year, it further witnessed a 28 percent decline. Overall $60.461 million worth mobile sets have been imported in Jul-Sep 2009 as compared with $83.83 million in the same period a year ago.

However, officials of other brands said that mobile phone handsets had maintained their own specific markets in brand conscious customers and the sales are improving considerably in the domestic markets.

They said the demand of handsets has declined in the lower- and middle-class customers since the government had imposed duties on its imports.

Apart from this, cellular phone companies have also introduced their own branded sets but failed to attract customers, as they were lacking the major features, which are provided by Chinese handsets.