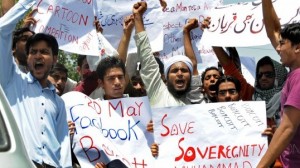 Justice Ejaz Chaudhry said that the government should record its protest at international level.

Hearing a petition regarding blasphemous page on Facebook, Chaudhry Zulfiqar Advocate said that Facebook hurt the emotions of Muslims with the publication of said page about blasphemous caricatures but the government became a silent spectator.

The government yesterday had directed the PTA on the orders of LHC to block the blasphemous caricatures link on Facebook. After the directive, the PTA took necessary steps and blocked the link on Facebook.

Update: ISPAK has confirmed that PTA has directed all ISPs to completely ban Facebook till May 31st, 2010.

Micronet has blocked access to www.facebook.com in compliance with orders of Lahore High Court passed today.

Facebook has been holding a competition to draw caricatures of the Prophet Mohammad (PBUH) and has not removed the objectionable hate materials despite thousands of emails from Pakistani facebook community.

This access would remain block till 31 May 2010 or further orders by the Lahore High Court. 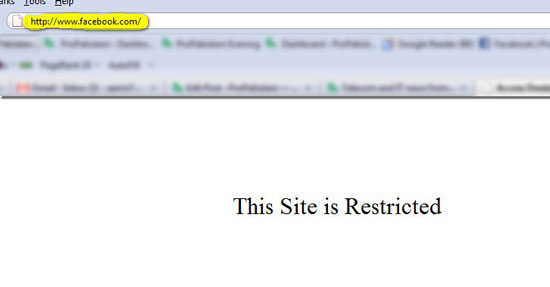 Update: Following is PR from Ministry of IT and Telecom

In compliance with the orders of Honourable Lahore High Court, Lahore, on the Writ Petition No.10392/10, dated the 19th May, 2010, the Ministry of Information Technology has issued a directive to Pakistan Telecommunication Authority (PTA) to block the ‘Face Book’ and all other internet links displaying sacrilegious caricatures of the Holy Prophet.

Ministry of IT has also directed the PTA to remain alert and watchful and block all such links displaying the profane caricatures immediately.

Ministry of IT has requested public at large to contact a dedicated Telephone No.0800-5505 and e-mail address: [email protected] , to transmit necessary information, should anything to the effect of objectionable caricature get displayed/propagated at any website.