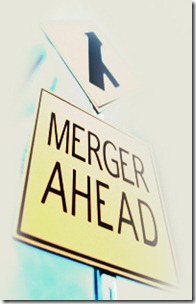 Since 2005, the Pakistani public has been bombarded with the glitz and glam of mobile subscriptions from the five players that make up the local cellular industry. As per statistics released by the PTA, total mobile subscribers crossed the 100 million mark in September 2010, highlighting that almost 60% of the nation was now ‘connected’; encouraging figures for a country that is considered to have over 30% of its population living below the poverty line.

The last 2 years has seen a notable dip in the growth rate of subscribers, after 3 years of unimaginable increases. This highlights what seems to be only dawning on the industry insiders of Pakistan’s telecommunication sector; the pre-maturity of our market.

You see, Pakistan jumped into the mobile arena instead of phasing in slowly, like other nations. There was no long-term plan on how technology should be incrementally innovated and introduced, so that the consumer can keep up as the industry matches the worldwide evolution. Instead, it became a fad and has ended as a stagnant technology that seems more important than life itself.

But what is now ever more worrying is that the companies cannot sustain for too long on the price-war strategy that they have developed. While there are those who argue how this strategy is beneficial to the consumer, the experts state the opposite; companies are avoiding the long-term picture.

Investment into innovation is low and it is likely we may skip many steps before next phase of technology is brought to our shores. For example, 3G services, which have been available in most of the developed world for a decade now, is unlikely to pop up here in the near future. We are more likely to awaken to 4G, once that becomes a norm worldwide.

Hence, the question arises: is it finally the time for market players to consider consolidation in order to move forward? Analysts have long suggested that Pakistan’s cellular market is ideally designed for 3 companies. But with each one of the current five being subsidiaries of foreign holding, it is unlikely we see that number reached soon.

However, the winds of change are blowing, as one player’s lethargic display and negative quarterly earnings have given the incentive for a larger and profitable group to seek acquisition. For the latter, this is the ideal avenue to not only increase its subscriber base, but also gain ownership of expensive infrastructure and alternative revenue streams. For the former, it is the most respectful way to exit the market and save face, as well as get some return on all the investment of the past 5 years.

What about the consumer? Well, it is expected that the remaining four players will begin to work on segmenting the market, and then initiating a focused approach to become leaders in certain areas, rather than everything and everywhere.

So, as teams from the two companies work out the details in the historic city of Lahore, the market awaits the news that should make 2011 a new beginning for the cellular service industry in Pakistan in terms of competition.