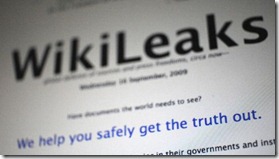 The BBC calls it the ‘whistle blowing website’ and the founder of WikiLeaks, Julian Assagne reiterates the title by saying: “they specialize in allowing whistle-blowers and journalists who have been censored to get material out to the public.”

In simple words, WikiLeaks specializes in leaking out sensitive information, classified, censored documents and otherwise restricted material on the internet. (well, that’s what they say and want us all to believe)

Although anyone can submit a leak to WikiLeaks anonymously, the site says that it only accepts content which is either of political, diplomatic or ethical significance and does not promote ‘rumor’ or ‘opinion’ that is already publicly available online.

Sounds convincing but not that much! So, the question remains, what’s with the entire hullabaloo, the uproar and the drama about banning or blacklisting WikiLeaks in Pakistan, lately?

Let’s recap and reflect over the success rate of some countries who tried banning/blacklisting the website since its debut on the internet in 2006 to date.

Germany, Thailand, China, Australia, Iceland and even the United States tried to censor and ban the website in their respective countries every time the WikiLeaks leaked out some controversial, classified government information but the very complicated and complex methods of WikiLeaks web-hosting made it extremely difficult for the servers to be identified. Hence, the efforts in vain!

Now, according to the latest news (and by that I mean, as latest as of today) Lahore High Court has rejected the petition to ban WikiLeaks website in Pakistan. The appeal submitted was that the website was leaking the secret information which can have deteriorating effect on the foreign relations of Pakistan and even create chaos in the masses. The fact of the matter is that the information leaked or to be leaked in future is and will only deface high government officials and other well-known figureheads and their hidden agendas. The ones trying to put a ban over the notorious website are those who are afraid of being unveiled in the online media.

The court however, disregarded the appeal and decided not to put a ban on the website. Seems like a fair decision. After all the website isn’t promoting rumors and is only making available critical information about countries and corporations who are playing with the lives of millions of civilians and third world countries residents as per their will and desire. So, from that point of view only the wicked, the guilty and the evil are at risk of their wrong-doings and conspiracies to become public and widely known over the internet via WikiLeaks.

We cannot deny that we are now living in such a technologically advanced time when any sort of information classified or non-classified can be made easily available on the internet for general public. The very anonymity and surreptitiousness that the web 2.0 provides is enough for just about anyone to spread bogus information using a fake account and spread the terror or reveal the ugliest of truths and hidden conspiracies of the most powerful and the elites across the world using the very same medium.

Although, it goes without saying that even the biggest supporters of WikiLeaks around the globe hold a lot of apprehensions and are ambiguous about the website’s evaluative capabilities of what’s true and what’s fake, what’s forged and what is real.

However, as a rule of thumb, truth does not remain hidden for a very long time and the fake news dies as fast as it blooms in the first place. Therefore, we, the general public shouldn’t be wasting our precious time over what WikiLeaks is leaking but rather contemplate over our prevailing ‘real’ issues especially the post-flood rehabilitation of millions of flood affected and how to cope with price hikes and unemployment and let the rotten heads, the dangerous and the dirty worry about what to do next as the truth continues to leak out!

Sadaf specializes in online and social media management and is currently working with one of the ...