This is a Guest Post by Salim Ghauri, Chairman & CEO NetSol Technologies Ltd. He is also former Chairman of Federal Government Task Force on Information & Technology (ICT). Mr. Ghauri is also Honourary Consul for Australia in the province of Punjab, Pakistan 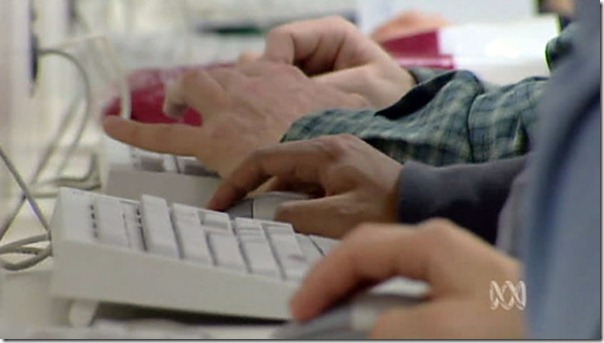 A robust growth in Information Technology (IT) industry of Pakistan is expected during 2011. Both the internal and external factors will play role in shaping the growth-oriented 2011 for the IT industry.

The IT industry has already emerged successfully through 2010 after fighting the unprecedented recession started in 2008. Revival of business activity has kick-started with the funds pumped in by the investors’ world over. The up-gradation of systems and software has started world over, which remained rare during 2009.

The international customers have started investing in balancing, maturing and replacing their systems and software. It will help Pakistan IT industry to attain stability in order to grow further in the years to come. Especially, the IT companies like NetSol, working in the areas of finance and leasing would grow at a faster pace during 2001.

Pakistan’s IT and telecom sector has been growing fast and it looks set to expand further in coming years. Majority of citizens consist of young people and personal income levels are on the rise in rural areas. Majority of young graduates prefer to excel in the field of IT, a trend proving a pushing factor for the growth of IT and telecom companies in Pakistan.

State Bank of Pakistan’s annual report suggests that the IT sector also posted rapid growth on the back of growing demand for automation in domestic businesses, in the last fiscal year, as seen in previous years. In addition, growing demand for business outsourcing in developing countries led the way for rapid growth of IT exports, such as call center services and software development, the report adds. It points out that Pakistan’s lower cost of labor, land and tariff exemption on IT exports gives the sector an advantage over other competitors. Very recently, a Pakistani software house has developed anti-virus software. Once marketed on large scale and at right prices, it would help in curbing the use of pirated, and thus sub-standard, anti-virus software from other countries.

There is an impression that lack of adequate skilled workforce and brain drain are two major constraints to future growth. Further, another problem projected by industry experts is that the small size of local market for call centers and software houses does not allow economies of scale,. On the other hand, in case of exports, first movers like India and the Philippines have a strong brand image abroad which helps them get more orders despite having higher service costs than that of Pakistan. It is very difficult for the sector to get loans as ICT businesses have no tangible collaterals to offer. Although the industry has little dependence on banks for meeting running costs, scale expansions need bank financing.

Despite all such odds, the IT industry today boasts of the presence of about 1,000 local and more than 50 foreign IT companies. However, majority of these companies are operating in major cities including Karachi, Lahore, Islamabad and Rawalpindi.

The fear of financial meltdown in 2008 is over and stability has started gaining strength in the markets. Domestically, there was no remarkable opportunity in 2008. But a stable Pakistan in terms of war against terrorism, strong Judiciary and strong media has changed the business scene altogether. This atmosphere will build up investors’ confidence sooner than later. More IT companies were registered during 2010 and more jobs are likely to be created in the country. This trend is likely to continue ahead. NetSol Technologies is growing and hiring more people to fulfill customers’ day to day demands both internationally and domestically. A large number of small companies are operating outside major cities like Lahore, Karachi, Islamabad and Faisalabad. All these companies are doing local work. The IT entrepreneurs are quite confident that the industry in smaller cities would grow further. It is also worth noting that a good number of IT resources are hired from smaller cities like Gujranwala, Multan and Sukkur etc.

So far as the public sector is concerned, the 2010 floods hit the IT growth badly, as funds allocated for public sector automation were shifted to the rehabilitation of flood affected people. Now a change is in the offing, resulting into the birth of more IT companies, particularly due to increase in world IT demand.

Similarly, absence of IT Minister has also hindered the IT industry growth. This situation was not suitable to the growth of industry since there was no representative of industry at the highest level. An absence of a particular representative of IT industry in the Cabinet has also put the fate of Task Force on Information & Communication Technologies (ICT) into doldrums. All the recommendations are awaiting formal approvals from the concerned authorities.

According to SBP statistics, Pakistan’s annual export of software and IT-enabled services is worth over $200 million. But software developers say actual export earnings are far higher – close to a billion dollars. They say the reason for this massive difference is that Pakistan uses a more restricted definition of export earnings of software and IT-enable services than India and other countries.

Similarly agricultural extension departments and commodity procurement agencies need to digitalize their operations to contain crop diseases, improve soil fertility and increase per-acre yields of food staples. Part of the foreign investment that has been lined up for agricultural sector could be used in these areas. But we actually need to develop some models of public-private partnerships. The era of digital divide is over. Smart phones are low priced and there is no reason that Pakistan should excel in promoting IT usage in growth of agriculture of the country. Huge benefits are being accrued world over and Pakistani farmers have never thought of having those benefits to prosper.

The year 2011 will be more positive for the IT industry. The industry hopes that the government would appoint an IT Minister in second phase. The IT industry is facing enormous challenges including political instability, terrorism, floods and much more. The IT has failed to attract government attraction despite contributing impressing to job creation and export earning for the country. It is fastest growing industry in the country and would be leading from the front in future.

The Indian IT industry, on the other hand, has reached to a saturation point and growth there is now in small percentage against Pakistan IT industry, growing in double digit.