Pakistani internet users enjoy an average speed of 1.70 Mbps (regardless of technology), across the country, which is ranked 133rd in the world. 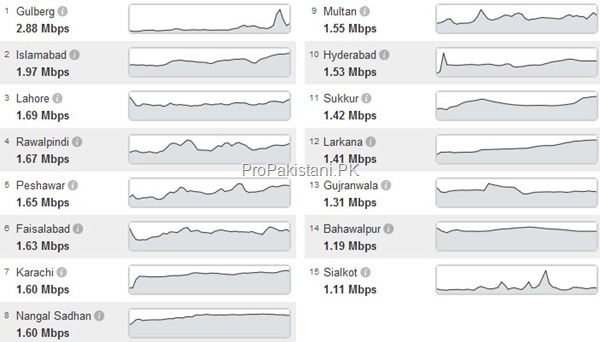 Below graph shows average speeds for various ISPs. Stars mentioned with ISPs is based on positive review from customers. 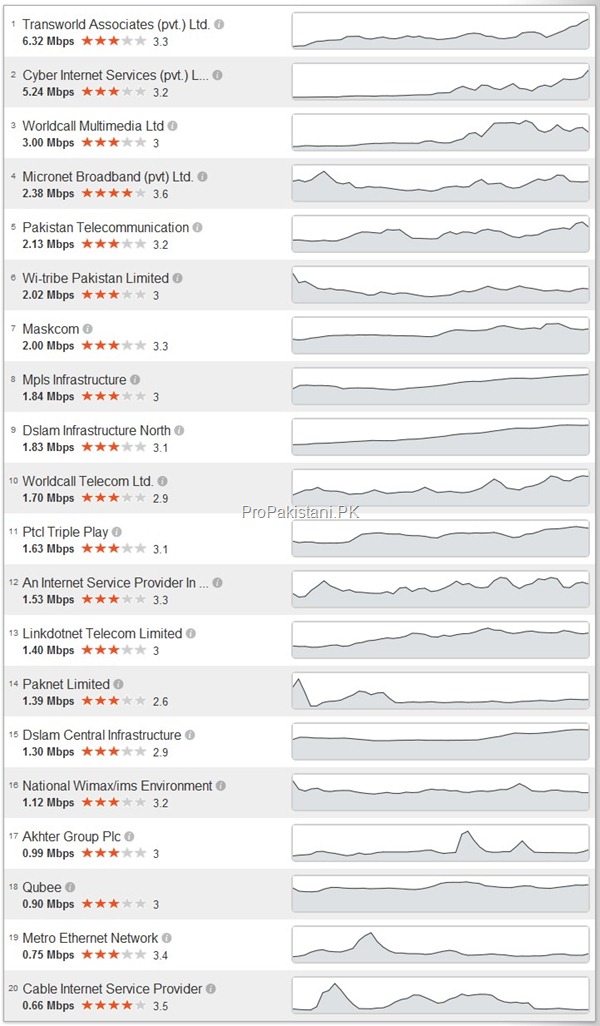