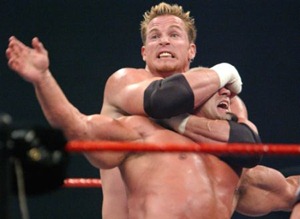 There are good chances that you might have already gone through recent news reports regarding Chairman PTA and the members of authority, particularly the one we saw last week and another in today’s edition.

It is apparent that the bureaucracy at regulator’s office is up for a conflict and result has been obvious so far: i.e. plenty of news leaks, damage to organization’s repute and hindrances in the work flow.

From what we have heard from our sources, this all started when Chairman revised the administrative hierarchy at PTA’s head office and confined finance member’s powers. All DGs were made to report directly to Chairman himself.

This happened in May 2010, however, the news never surfaced on main stream, until it got published in ‘The News’ on January 30th, 2011.

‘The News’ reports in its January 30th edition:

Appointed by President Zardari in May 2008 as chairman of PTA, Dr. Mohammed Yasin, in blatant violation of PTA rules, took over all administrative powers of PTA through a notification in May this year and started his spending spree costing PTA Rs. 704 million so far.

The Cabinet Division, the controlling ministry of PTA, took note of the situation and wrote to him several times while the PAC also took up the issue, but the arrogant chairman has ignored everybody.

Cabinet Division sources disclosed that after the June 2010 audit, the chairman PTA to-date has made an expenditure of Rs600 million. In May he spent Rs104 million without any authorization and powers and this may lead to one of the biggest scandals of the telecom industry.

According to this news, in other words, Chairman PTA revised authority’s power rule and started spending money without getting approval from member finance.

From our sources, we can confirm that finance member’s powers of approving financial transactions were taken back and a DG from finance division was made responsible for approving the cash inflows/outflows.

This brought lot of pressure on Chairman’s (through cabinet division), and ultimately he restored finance member’s powers in late February 2011.

A source placed in PTA confirmed us that Chairman, through a directive, made it mandatory for finance member’s approval for financial matters, but only for those involving amount over Rs. 500,000.

Despite a week long hectic persuasive sessions by the Cabinet Division Secretary Nargis Sethi, PTA Chairman Dr. Mohammad Yaseen has withdrawn just a portion of his much controversial internal order of May 14th, 2010, pertaining to power sharing among the chairman and the two members of Pakistan Telecommunication Authority (PTA), thus still keeping a greater part of the administrative powers in own his hands.

Out of five total bullet points of the controversial May 14 order, three points (2,3 and 5) have been withdrawn while two bullet points i.e. 1 and 4 have been left to be resolve under a plea that these two points could only be withdrawn after obtaining legal opinion from the Ministry of Justice & Law.

So till now, Chairman PTA was taking the media beating, but today – he decided to fire his ammo when a news report got published (in March 14th, 2011 edition) which reads:

A senior official of the Pakistan Telecommunication Authority (PTA) has been accused by his own chairman of causing huge financial losses of Rs 7.609 billion to the national exchequer by extending undue favors to some preferred telecommunication companies of the country.

In an official report prepared by PTA chairman Dr Mohammad Yaseen and submitted to Prime Minister Yusuf Raza Gilani by the federal cabinet division, it has been recommended that PTA Member (Finance) SNK Ghaznavi be suspended immediately till the completion of an enquiry to be conducted by the Federal Public Service Commission (FPSC) for having committed gross negligence and misconduct, and causing huge financial losses to the federal kitty.

Now it is quite apparent that who were scooping the news leaks, and for what purposes.

After today’s story, it looks that this tussle is not settling in near future and we may keep getting such inside stories from PTA, which are pretty interesting by the way, for instance read below:

“A huge amount of recovery/receivables have not been fully collected since 2005 and PTA is issuing belated show-cause notices now and filling the recovery cases in the courts whereas many of the operators have already left their companies and sold their shares which have now made the issue more and more complicated since the recovery cannot be made from them”.

This is how the report sent by Chairman PTA unearths authority’s inability to recover money from telecom operators.

“The number of licenses issued by PTA was not reconciled between licensing and finance divisions of PTA as the member finance did not take any action as a result of which the finance division did not even know about so many licensees and therefore did not issue them any demand note,” the report further says.

Now this is a wow situation; an operator got a license but was not billed for it. This is the utter thing that can happen on earth.

Okay this report has reached Prime Minister of Pakistan, who is again a government official, so don’t expect any miracle from his side. However, do wait for another episode of news scoop from F-5 office in coming days.