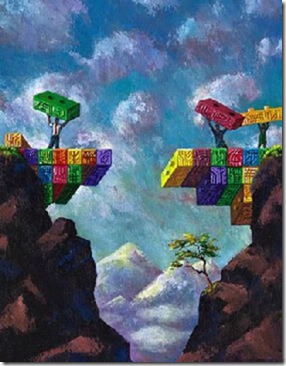 Digital divide is a term used to define the gap between people with effective access to digital world and those who have no or limited access to modern technology in their daily lives.

Last one decade is widely considered as a decade of revolution as far as Pakistan Information and Communication Technologies (ICTs) industry is concerned. Mobile Phones and Broadband Internet have replaced land lines and Internet Cards respectively. But has it really reached through out the country or merely some big cities making them envied for the larger chunk of our population living in villages and small cities. We will have a look on this in following:

While in Pakistan, during the past decade the usage of Mobile Phones and Internet has tremendously increased but our rural areas are still greatly devoid of this phenomenon. Though Mobile Phones have reached majority of the population but the Internet phenomenon haven’t reached as compared to Mobile phones.

While mobile phones are being used only as a mean of communication, Internet can be utilized to change the social conditions of any population.

Though Mian Shehbaz Sharif’s Punjab Government is providing facility of computer labs in Government schools through out the Punjab but there are no teachers to make these labs function and what function can they do when there is no electricity in the country.

In this regard efforts of Universal Service Fund (USF) founded by Government of Pakistan in 2006 are also recommendable. USF promotes the development of Telecommunication services in under-served areas through out the country.

The key objectives of USF are:

Since USF’s formation in 2006, it is working on Rural Telecom Projects in un-served areas, for which contracts have been signed with major Telecom service providers in the country for providing telecom services.

Here is what Sustainable Development Policy Institute (SDPI) a non-profit group based in Islamabad suggests about how to measure and bridge the digital divide:

The importance of information and communication technologies (ICTs) to economic development has been recognized widely during the last decade. The development promises made by the significant growth of ICTs are challenged by the so-called digital divide. The ‘digital divide’ refers to the drastic differences in levels of ICT access between different population groups.

Pakistan also faces a Gender Digital divide where girls don’t even know how to operate a mobile phone and a computer. The steps taken to bridge the digital divide in the country includes an accord with Microsoft in January 2010 called “Microsoft Computer literacy program”

A similar accord was signed by Punjab government with Microsoft in Jan 10 under which Microsoft will extend its support for the development of local IT industry. The company will also setup an innovation centre at software Technology Park.

Here are some of the steps that need to be taken immediately by the Government to bridge the Digital divide in the country:

These are only the few basic steps to bridge digital divide in Pakistan for the smooth flow of knowledge to every corner of the country and uplift the standards of the poor classes of our country and bring them into the National fabric for better functioning of our economy and improve our image as a friendly Nation in the world community.