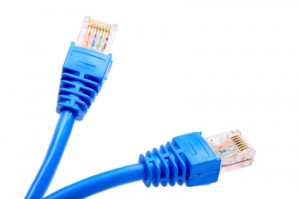 The ratio of users switching broadband services has increased in the current year as compared to the previous one.

Being not satisfied with the present broadband internet provider, the ratio of subscribers moving from one network to the other has increased to 15% in the year 2011 which was previously only 2% in the year 2010, according to stats published by Pakistan Today.

Apart from the prices, from tech savvy home based subscribers to organizations using broadband, everyone demands one thing:  the uptime.

People want to be online anytime and everytime without any disruption in service. And seems like operators have failed to provide this level of satisfaction to the customers resulting a shift in services for them.

Moreover, increasing CAPEX (capital expenditure) and OPEX (operational expenditures) make it difficult for the companies not to lose their subscription base, and the results are definite reduction in subscriber number.

Broadband penetration in the country doesn’t seem to be going good as even after crossing 1million mark for broadband customers, we are still way behind as compared to the total population of 180 million, stats seem to be pretty less in fact. One of the main factors for this slothful growth rate is the service quality and to some extent the charges.

Availability of broadband in different areas is an issue which was much prominent in the past as after the inception of broadband in the country, it was available in the bigger cities only. Though the density has increased now but still there may be some issue regarding the services because of the availability.

This was pretty much covered with the initiation of WiMax services in the country but still the CPE (Customer Premises Equipment) charges are another issue.

PTA has shown keen interest in providing the customers with better quality of service and customer assistance be it a mobile company or broadband. But a lot needs to be done here, as we may be witnessing increased quality as well as customer assistance soon, with the introduction of 13 major internet service providing companies and 50 small and medium ones.