Pakistani Internet Service Providers crossed one million mark for broadband internet subscribers in the country by totaling 1.052 million broadband subscribers in October 2010, up from 994,911 subscribers in September 2010, according to the recent most data provided by Pakistan Telecommunication Authority (PTA).

DSL remains the top technology used for broadband internet in the country, while WiMAX stands seconds. EvDO is swiftly adding its share for the broadband subscribers. 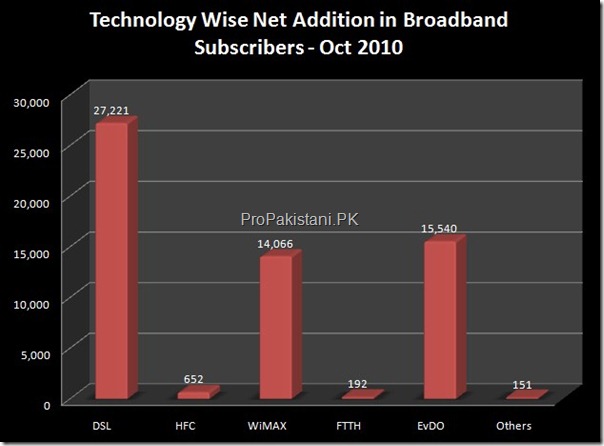 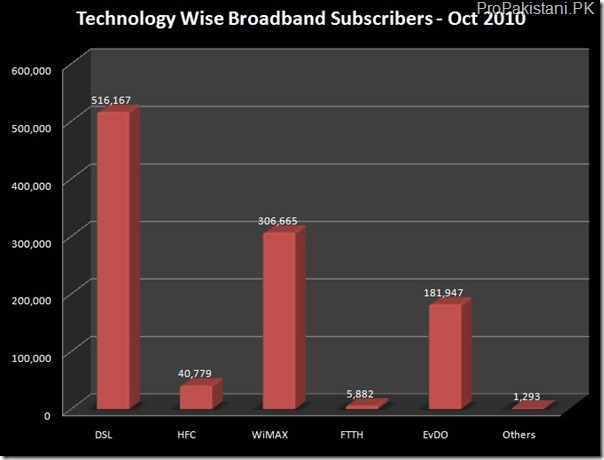 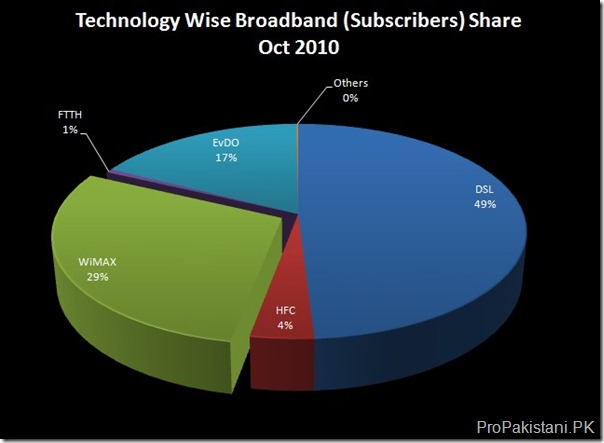