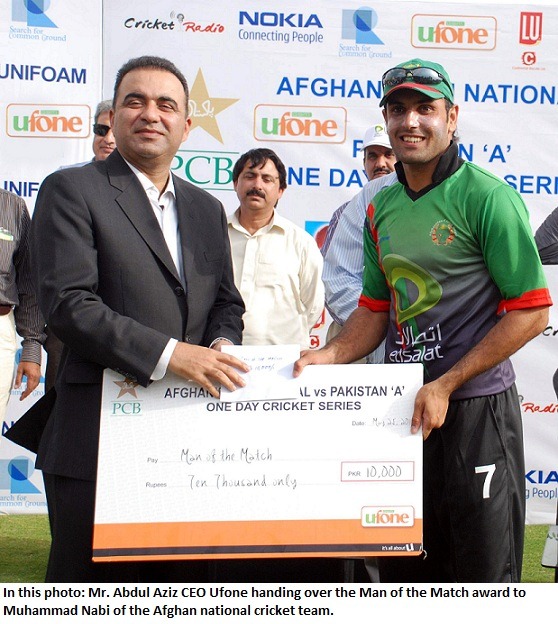 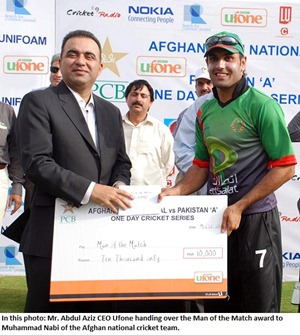 Pakistan doesn’t lack in sports plus when it comes to cricket then I must say that it is the craze of Pakistani people.

Recently there happened a tournament in which Pakistan A team played against Afghanistan.

Sohail Tanvir was leading the Pakistani squad. The series consisted of three matches that took place in various cities including Islamabad, Rawalpindi and Faisalabad.

The great news is this that Pakistan has taken away this series by 3-0, while the guest team had to head back without a single win.

Ufone, one of the sponsors, presented various rewards to both the teams. Ufone congratulated the Pakistan A team upon winning of this Pak-Afghan series.